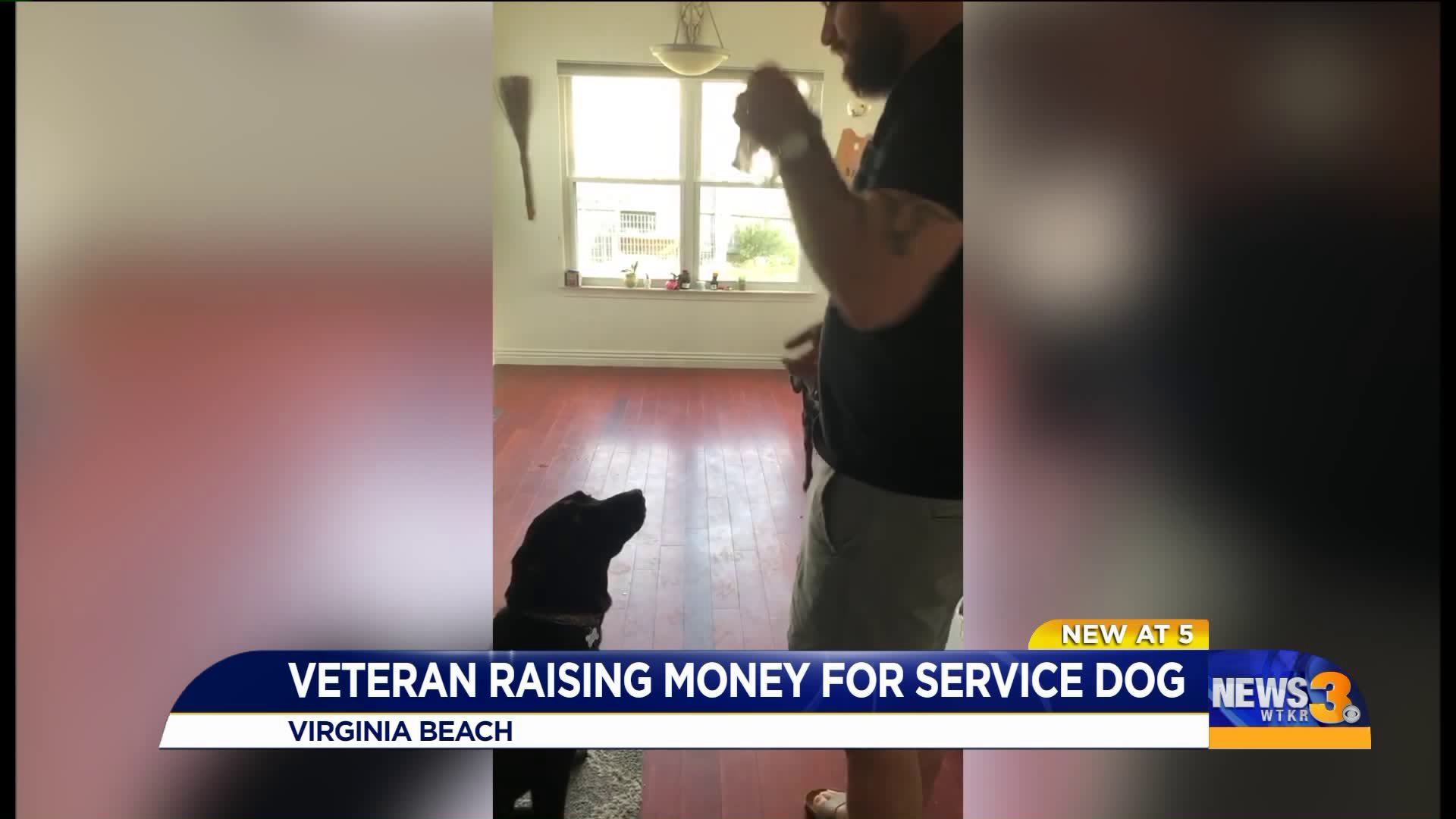 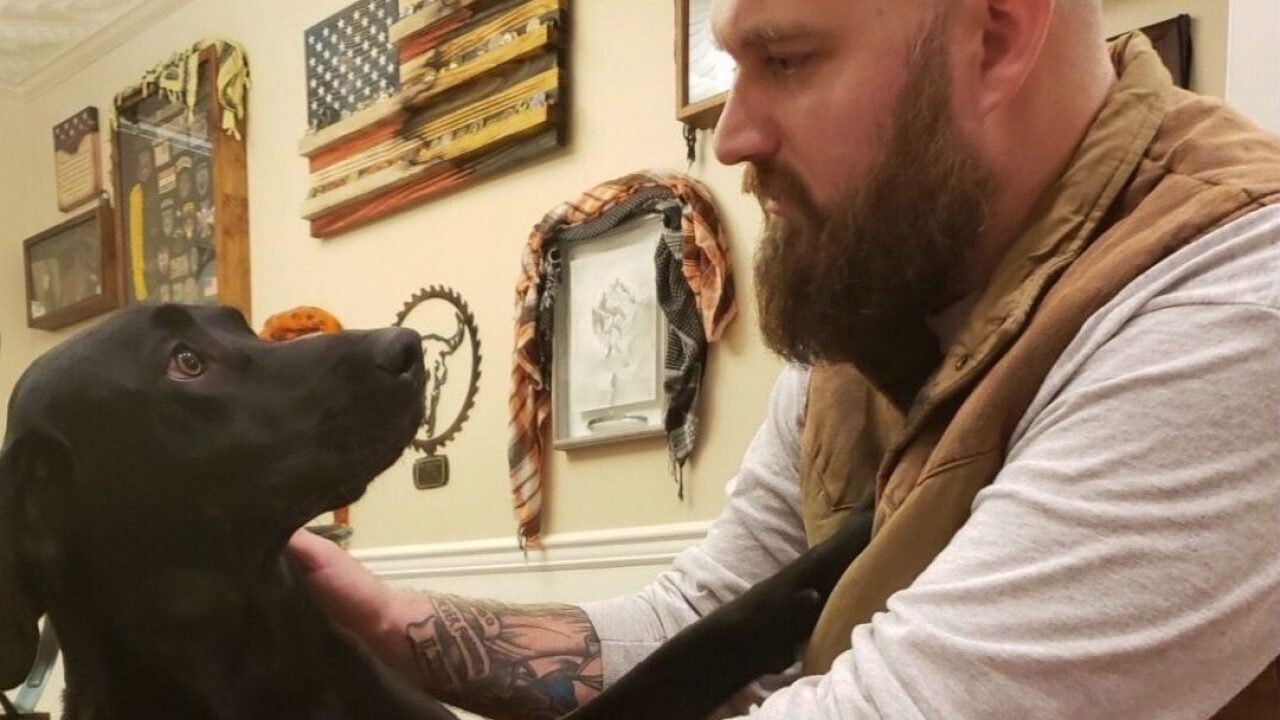 VIRGINIA BEACH, Va. - An Air Force veteran suffering physically and mentally is using his therapy as a way to raise money for a service dog.

Derek Bartelt, is a former Air Force Staff Sergeant. After 12 years, four deployments, neck trauma and a traumatic brain injury, he was forced to retire. Then, he was diagnosed with PTSD.

"I ended up in a mental ward," said Bartelt. "I had to reflect on what interests I could get back into, because I kind of lost all of that. One of those things was doing art."

Bartelt's art is a series of paintings, drawings and sketches. Some are inspired by his fallen service members. Others depict his nightmares.

"I still struggle with getting to the painting board because I break down," Bartelt explained.

Despite his struggles, he is determined to get his art recognized. He is selling his art so he can raise money to buy a service dog named Danner. The Mission Warrior Ranch connected Danner with Bartelt. The non-profit organization is also training Danner to help Bartelt.

"One of the biggest things that he helps with is I have taken my medicine. I have overdosed on my pills before because I take seven in the morning and five in the afternoon, and sometimes I forget to take them or I'll overtake," said Bartelt. "Danner won't eat his food in the morning - even if I put it in front of him - until he sees me take my medicine."

In addition to Danner helping Bartelt with his medicine, he also keeps Bartelt calm in public and at home.

"I took him home and the first night that I had him, I had a real bad nightmare and he pounced on me and laid on me and woke me up and I calmed down," said Barelt.

While Danner and Bartelt make a promising team, Bartelt still needs to pay for him - Danner comes with a $15,000 price tag. Bartelt plans to sell his paintings to help cover the costs.

To purchase a painting or request for one to be made by Bartelt, visit his Facebook page, Art by Derek. Money raised from paintings will go to the GoFundMe page created by Mission Warrior Ranch. To donate, visit the GoFundMe page.