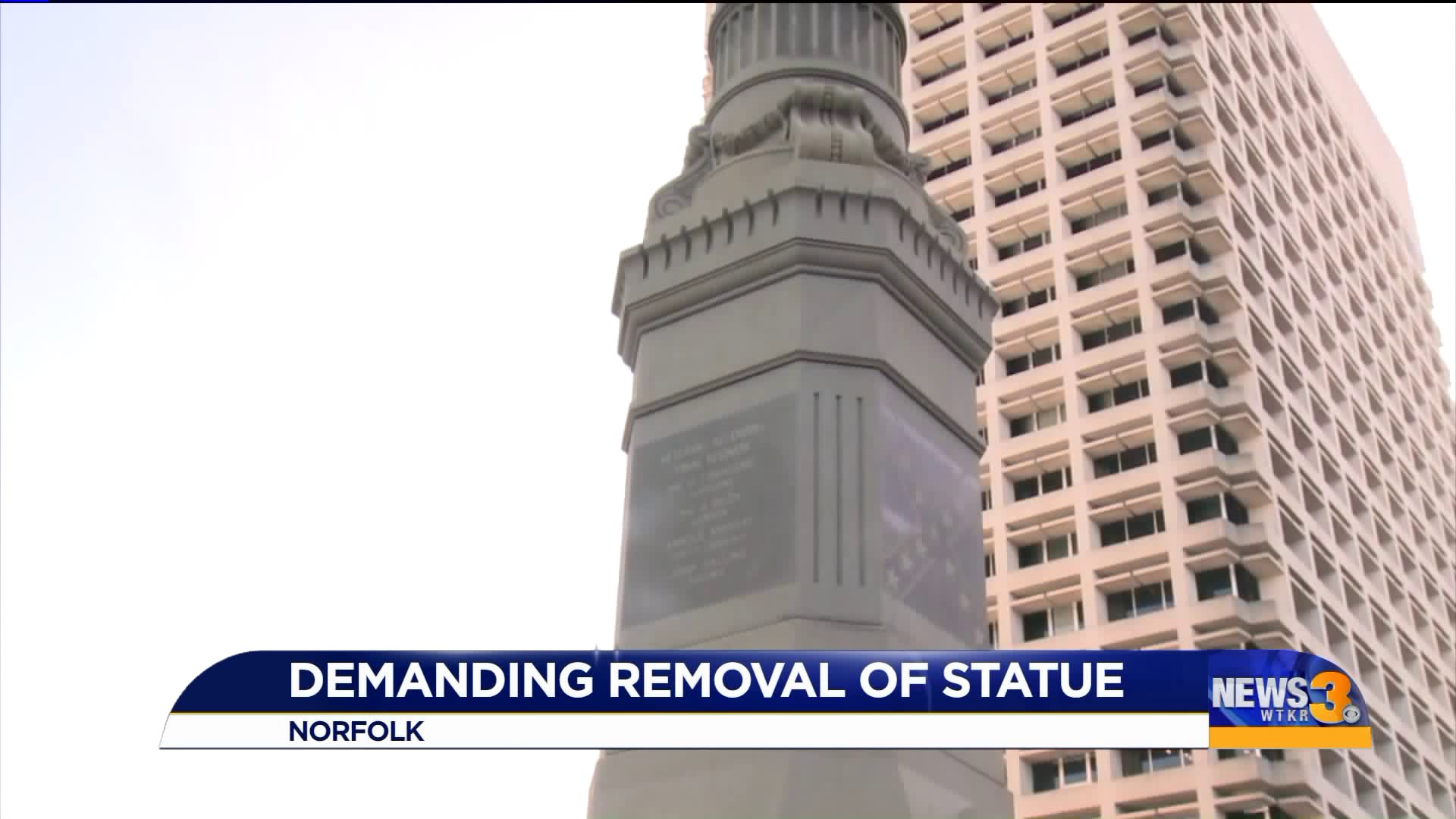 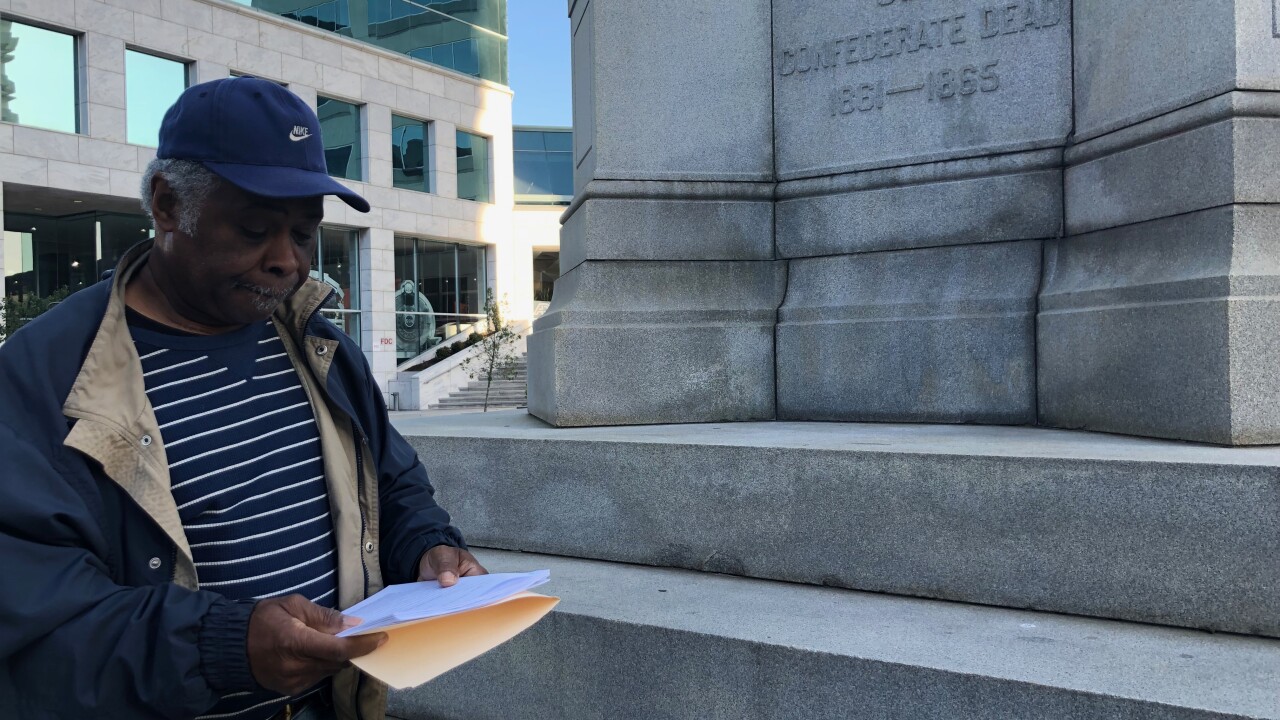 It’s been more than a year since council voted unanimously to relocate the 15-foot statue, but it hasn’t been touched.

The city monument sits in the 400 block of E. Main Street and is dedicated to Confederate soldiers.

The lawsuit cites an “unreasonable delay” in relocating the statue and a failure to abide by the council’s vote.

In the aftermath of the Charlottesville “Unite the Right” rally that turned into a deadly attack on a counterprotester in August 2017, the Norfolk City Council voted unanimously to relocate the Confederate statue.

Greens says the city needs to do what they said they’re going to do.

“If the law is not enforced when it’s passed, then that’s open season,” said Green.

The city says it’s going to wait until the Virginia Supreme Court rules on a separate Confederate monument case in Charlottesville before moving the statue.

The city said Thursday that they aren’t aware of the lawsuit and did not want to comment.