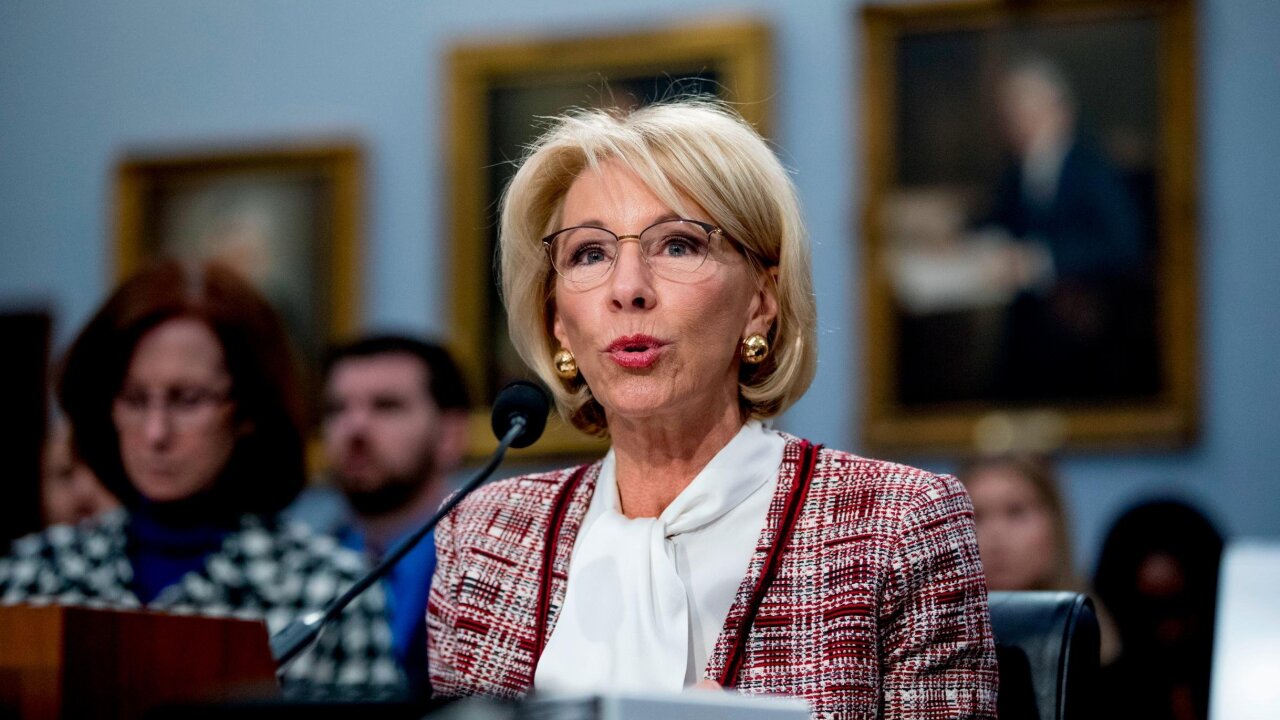 That didn’t stop her boss, President Donald Trump, from publicly undermining her on Thursday, when he told reporters that he had “overridden” the proposd cut — though this is the third year in a row that DeVos had included it in her annual funding request to Congress.

Trump has been known to contradict his top aides and officials, sometimes while they’re in the room, when he disagrees with their positions or their messaging.

“I am pleased and grateful the President and I see eye-to-eye on this issue and that he has decided to fund our Special Olympics grant. This is funding I have fought for behind the scenes over the last several years.”

The White House makes budget recommendations to Congress every year, but has no power to actually implement cuts. This particular funding cut was unlikely to ever pass Congress, calling into question why the White House would make such an obvious public relations misstep.

DeVos has proposed the elimination twice before and lawmakers have rejected it, appropriating $17.6 million for the Special Olympics last year as part of an overall funding increase for the department.

This year, Democrats control the House, and the proposal drew an outpouring of criticism. Among the critics was Maria Shriver, whose brother Timothy chairs the Special Olympics.

The education secretary twice this week defended the proposed budget cuts on the Hill, arguing that the Special Olympics is a private organization that receives donations and does not need federal backing.

Earlier on Thursday, DeVos told senators that she was not personally involved in the decision to propose eliminating funding for the Special Olympics.

Illinois Democratic Sen. Dick Durbin raised the issue at a budget hearing, saying that if DeVos hadn’t come up with the cut, the person who did should get “a Special Olympic gold medal for insensitivity.”

But DeVos continued to defend the cut included in her department’s budget, which maintains the same level of funding for core special education programs, including grants to states under the department’s Individuals with Disabilities Education Act.

DeVos said that while the Special Olympics is an “awesome” organization — and one that she has donated some of her salary to — it is also important to keep federal spending in check. She proposed a 12% cut to her budget overall.

Congress has rejected previous requests to reduce the Education Department’s budget, even when Republicans controlled both chambers.