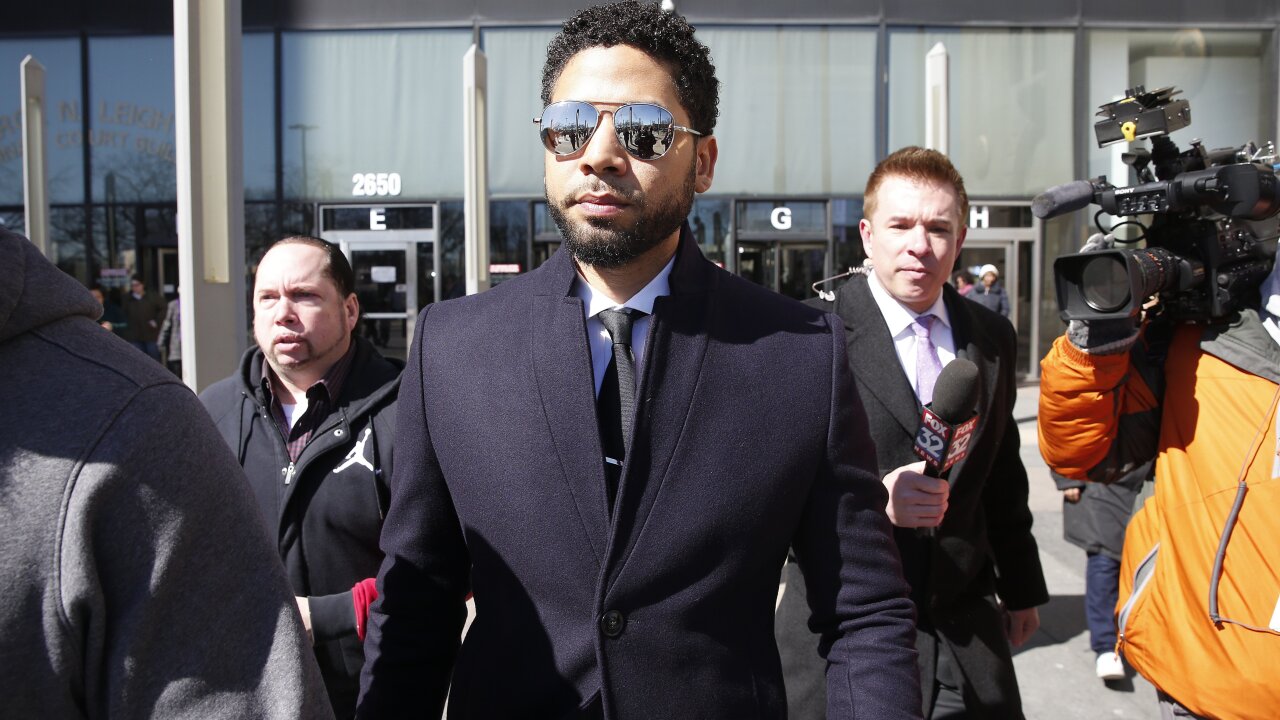 Jussie Smollett leaves a Chicago courthouse Tuesday after the charges were dropped against him.

President Donald Trump again leaned into a controversial issue that has ignited his base — the case of “Empire” actor Jussie Smollett — when  he announced Thursday that the Department of Justice would review Smollett’s case after conservatives decried a prosecutor’s decision Tuesday to unexpectedly drop all charges against the actor, who was accused of staging a hate crime against himself in Chicago.

Jussie Smollett leaves a Chicago courthouse Tuesday after the charges were dropped against him.

“FBI & DOJ to review the outrageous Jussie Smollett case in Chicago,” Trump wrote on Twitter Thursday morning. “It is an embarrassment to our Nation!”

Smollett went to police in January claiming he had been attacked by two men who tied a noose around his neck, poured bleach on him, used racial and homophobic slurs, and shouted, “This is MAGA country,” a reference to Trump’s “Make America Great Again” slogan.

Initially reacting to Smollett’s claims, Trump denounced the alleged attack, as others did, telling reporters in January, “I think that’s horrible. It doesn’t get worse as far as I’m concerned.”

But after Chicago police investigated, they alleged that Smollett had hired two men to stage the attack, though those charges were dropped by a prosecutor Tuesday.

On the day Smollett was arrested, Trump tweeted, “What about MAGA and the tens of millions of people you insulted with your racist and dangerous comments?”

Trump’s comments on Smollett’s case comes ahead of a 2020 re-election battle as he tries to capitalize on another issue to animate his base.

While campaigning during the midterms, Trump sparked a national debate when he slammed NFL players as unpatriotic for kneeling during the national anthem as a protest against racial inequality in the justice system.