State Dept. believes US legal residents are being held in Chinese detention camps 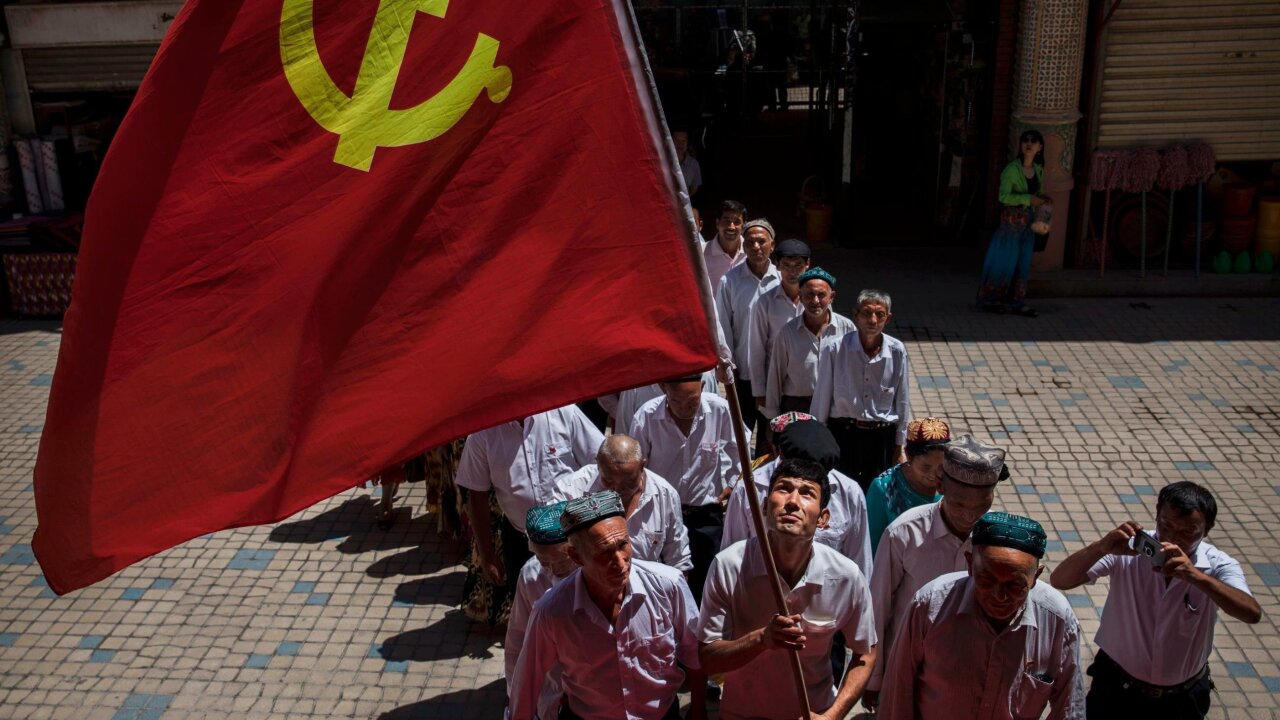 State Department sources say they know American residents — either US citizens or people with legal status in the United States — are being held in detention camps in Xinjiang, China.

State Department sources say they know American residents — either US citizens or people with legal status in the United States — are being held in detention camps in Xinjiang, China.

When asked if there were many, one of the sources said, “No, a few.”

They were unable to disclose more details due to privacy concerns, for the time being.

At a State Department briefing Thursday, Ambassador at Large for International Religious Freedom Sam Brownback said he had a new, unconfirmed report about a man in California whose father, a legal US resident, had not been heard from since returning to Xinjiang.

“He had legal status being here, traveled back to Xinjiang after being here with his son in California. And then has not been heard from since. And he’s deeply concerned about whether, what his treatment is. He has a number of chronic illnesses, he’s a 75-year-old man and an intellectual,” Brownback said.

“And it’s not just the camps anymore. Entire villages are being encased and people limited on their movement in and out, of the villages in that region that’s occurring as well. The situation continues and in some cases appears to be escalating, not de-escalating,” Brownback said Thursday.

Former detainees say they were forced to endure intensive brainwashing sessions, including close studies of Communist Party propaganda. The Chinese government has defended these camps as a means of fighting what they claim is a rising tide of extremism in Xinjiang.

The Chinese government claims that the camps are “vocational and educational training centers for counter-terrorism and de-radicalization purposes.”

Chinese Foreign Ministry spokesman Geng Shuang hit back Friday, saying Beijing “is firmly opposed to the US attempt to use the Xinjiang issue to interfere in China’s internal affairs.”

“As we have stated repeatedly, the overall situation is stable in China’s Xinjiang region, which has seen a favorable trend in economic development,” he said.

He said he has no information regarding Americans being held in camps in Xinjiang and expressed “firm opposition” to Brownback’s remarks.

Brownback said he raised the issue a few weeks ago with Chinese officials at the UN, who first denied anything was happening and then said they were “vocational training camps.”

“To which I said, ‘I get and have lists of names, hundreds of names that are sent to me, that can’t find their relatives,'” he said.

“We are advocating strongly against these actions that the Chinese government is doing and continues to do,” Brownback said.

The State Department on Thursday night reiterated its travel advisory for US citizens going to China, warning specifically of “extra security measures in the Xinjiang Uigher Autonomous Region.”

“We are committed to providing all possible consular assistance to US citizens in need abroad,” a State Department spokesman said. “However, China does not recognize dual nationality. This means that China may prevent the US Embassy from providing consular services in some cases, and US-Chinese citizens and US citizens of Chinese heritage may be subject to additional scrutiny and harassment.”

Secretary of State Mike Pompeo, who this week met with Uyghur refugee Mihrigul Tursun and several other members of the Uyghur community, has denounced the human rights violations in China.

“This is one of the worst human rights countries that we’ve seen since the 1930s,” he said in a mid-March interview.