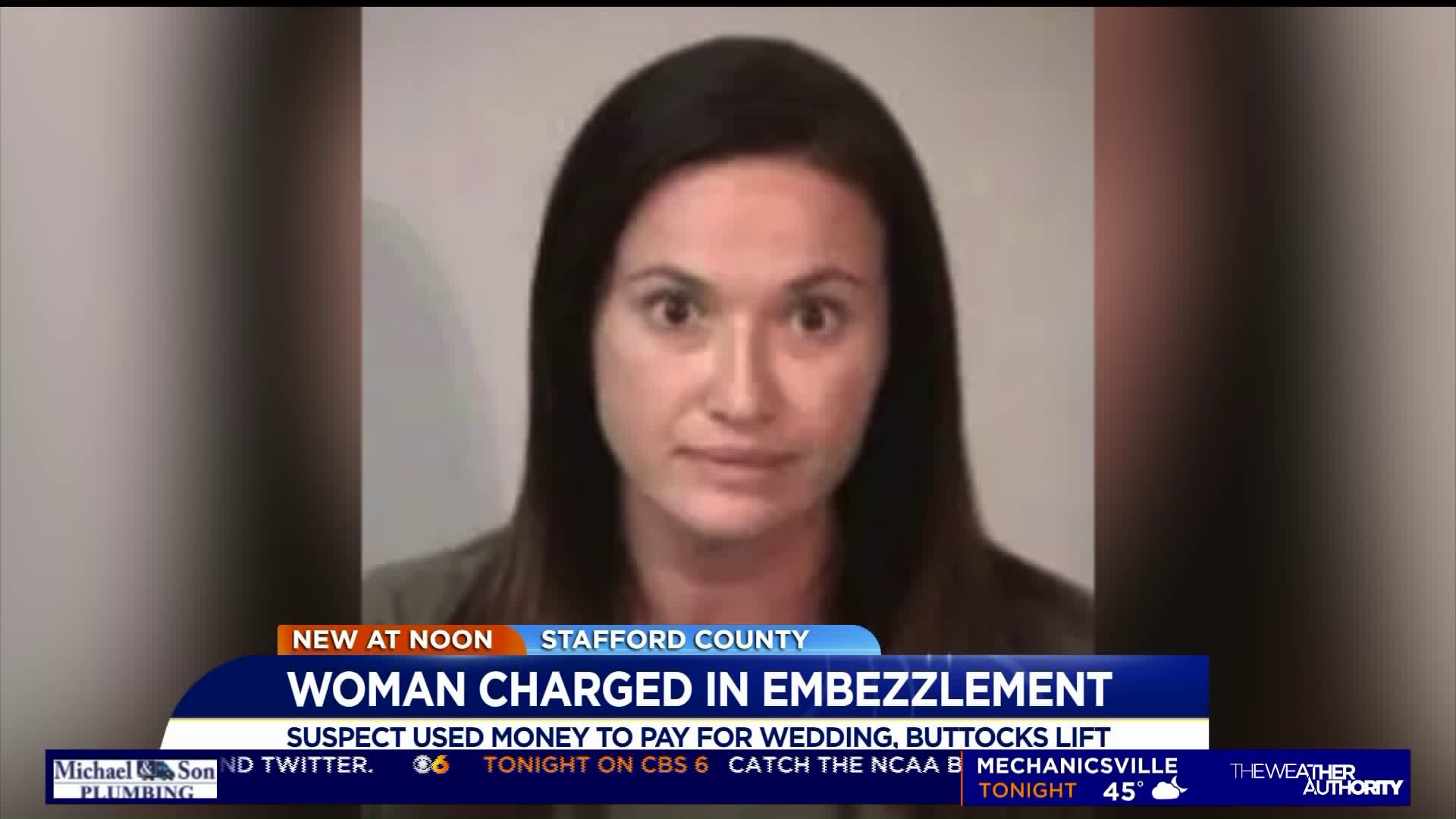 STAFFORD COUNTY, Va. -- A Virginia woman was arrested and charged with embezzling more than $93,000 from the construction company where she once managed the books, according to the Stafford County Sheriff’s Office.

"The [owner of No Limits Construction] told the detective that he had been contacted by his credit card company informing him that one of his accounts was going to be closed due to lack of payment," a Stafford County Sheriff’s Office spokesperson said.

The company's owner then looked into the issue and made the startling discovery.

The investigation determined the company's former bookkeeper had made numerous unauthorized personal purchases including:

She also used the company's credit card to buy clothing, perfume, household furniture, plane tickets and an ATV, according to investigators.

"[Cline] had replaced another former bookkeeper for the company who pleaded guilty to charges last year after embezzling at least $150,000 from the company between January 2016 and January 2018," the sheriff's spokesperson added.

Cline was booked in Rappahannock Regional Jail on an $8,000 bond.