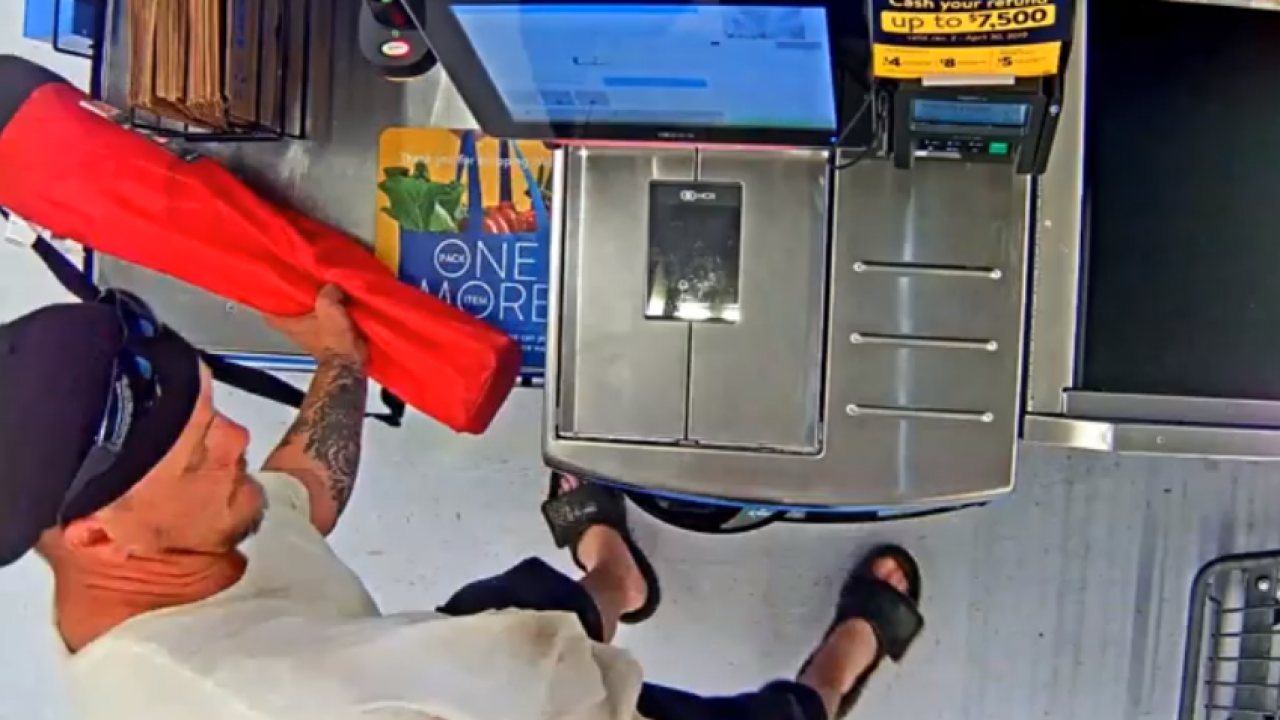 KITTY HAWK, N.C. – The Kitty Hawk Police Department released a video after a man stole from the self-checkout register in a local Walmart.

According to police, a white male that was wearing a baseball cap, white t-shirt, black board shorts and had tattoos on his left and right inside forearm and right calf took $80 dollars at the self-checkout register that was accidentally left by the previous costumer.

The suspect then used the money to pay for his purchases.

After the suspect had already left the store, police say he came back into the Walmart and bought beer with the money.

The suspect showed his driver’s license while purchasing the beer and police believe it was Virginia license.

If you have any information about the identity of this person please call the Kitty Hawk Police Department at (252) 261-3895.