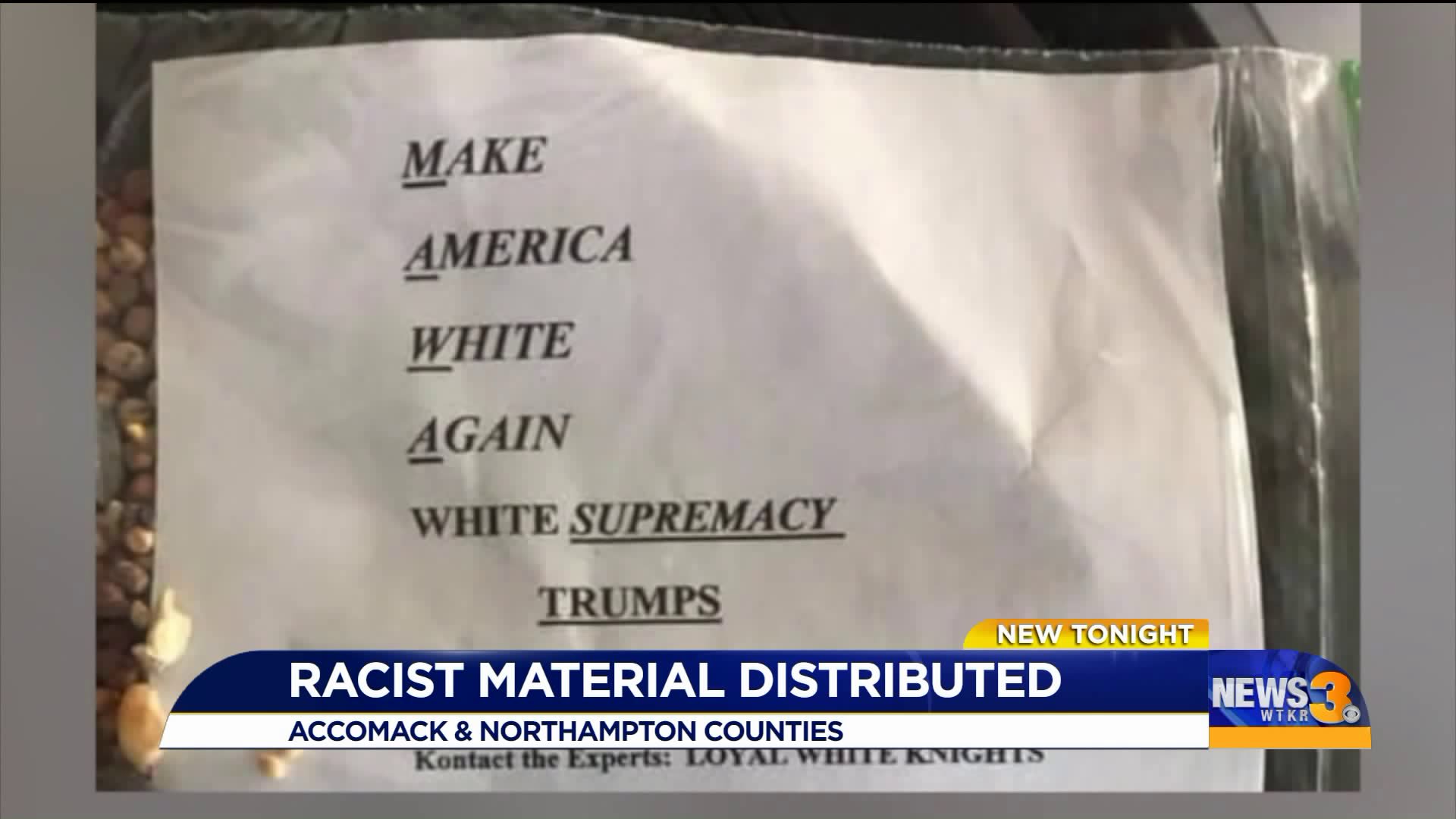 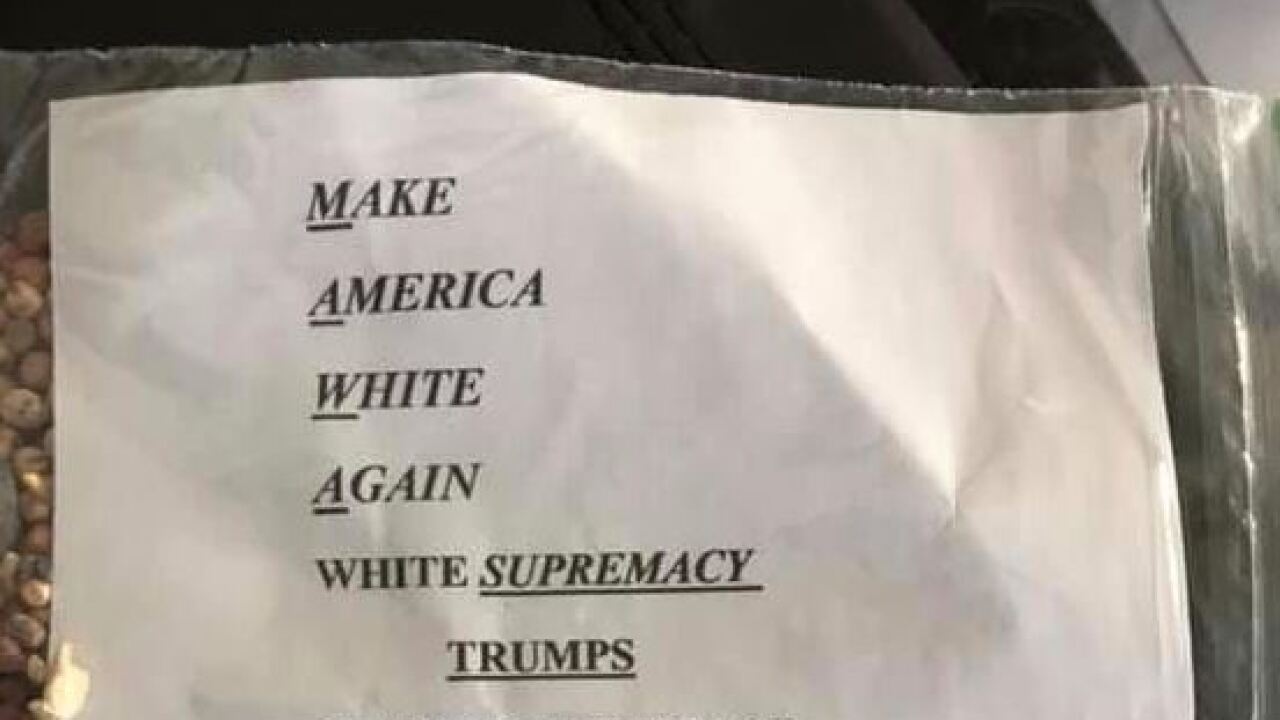 NORTHAMPTON Co., Va. - The Northampton County Sheriff's Office received several reports on Saturday of "suspicious" ziplock bags being thrown onto the driveways and lawns of residents.

The ziplock bags contained birdseed and small pieces of paper that had verbiage depicting hate propaganda.

The items were recovered by police in several areas of Northampton and Accomack Counties. The bags seemed to have been randomly thrown into driveways and lawns, mainly focusing on the town's and main secondary roads.

As of Monday, there have been around 140 items collected out of Northampton County. There appear to be 11 different versions of the bags but all carry a similar message, according to officials.

Police do not believe that the suspect is local; instead, they think it was someone who was passing through the area.  A suspect vehicle has been described as a red or maroon extended cab pick-up truck.

"This is an effort to promote hate and division in our community. I would encourage our citizens to remain strong and united against this type of behavior. This is not who we are or who we want to be affiliated with. This type of activity will not be condoned or tolerated by law enforcement," stated in a release from the sheriff's office.

Tonight at 10 & 11: Police say they found 140 bags of KKK propaganda scattered across the #EasternShore. Online this is what people are saying the racist messages say https://t.co/y3HuLZWc3f pic.twitter.com/QEM0ox5JW1