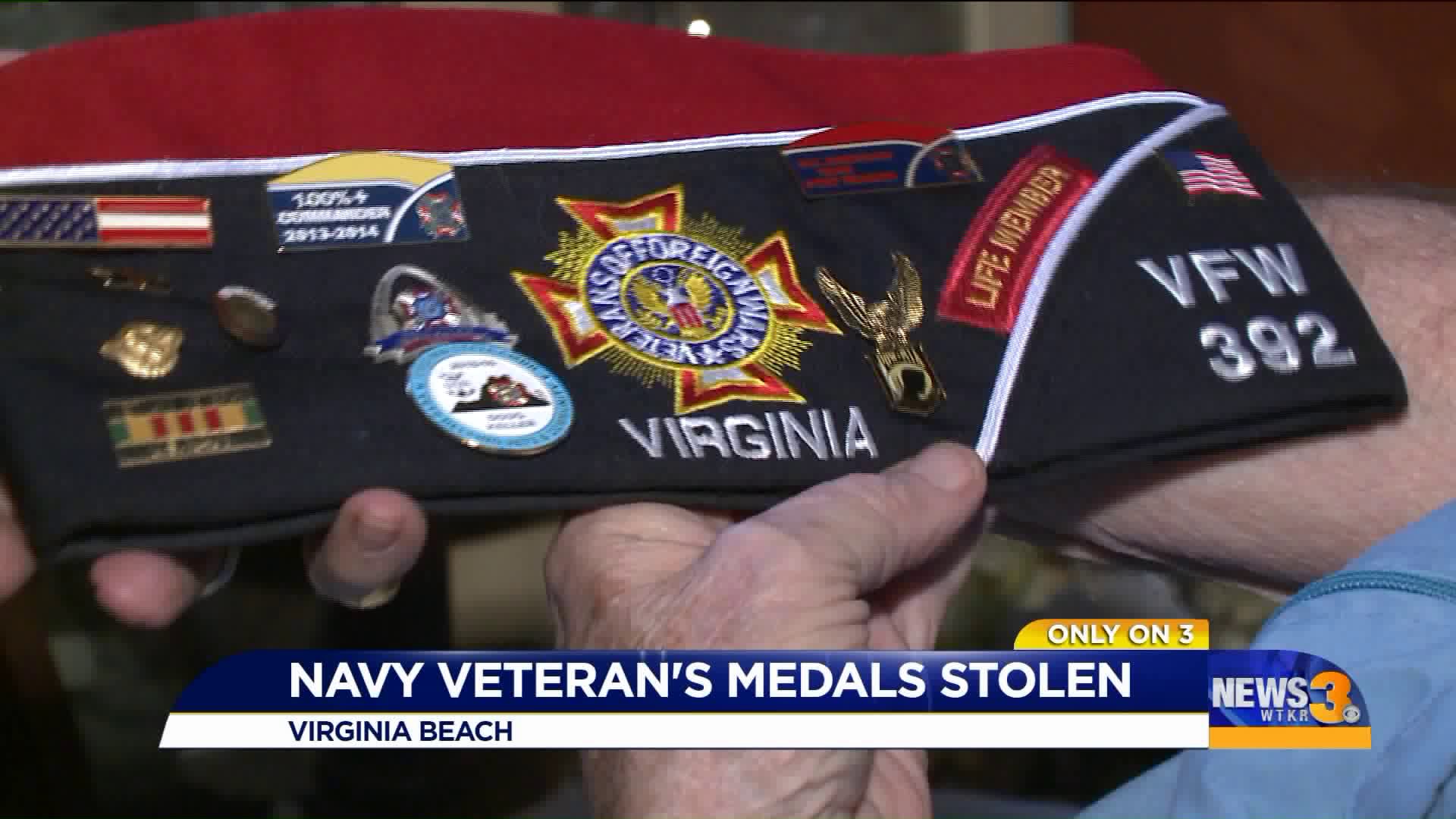 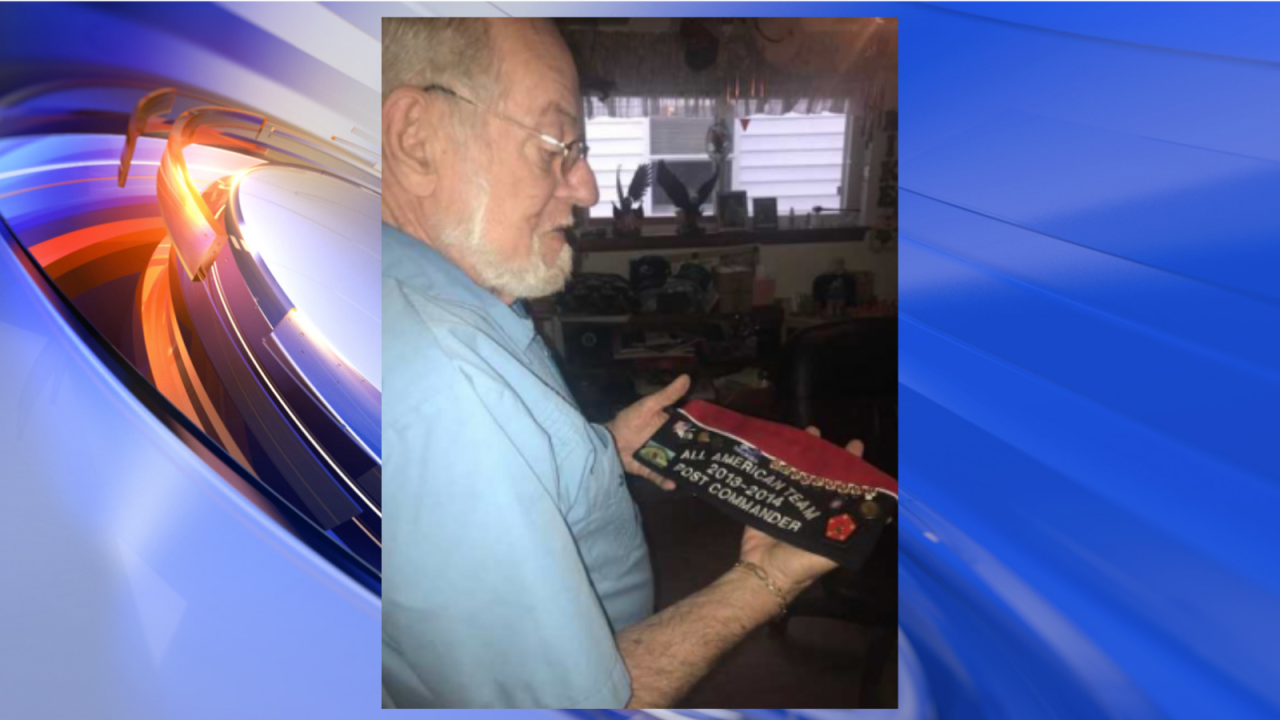 It’s a story you will only see on News 3.

76-year-old veteran Michael Gaughan sometimes uses a walker to get around. He’s got all kinds of memorabilia in his home after he says he served 20 years in the Navy.

In late January, he says he got sick and was encouraged to see a doctor.

Gaughan said when he got home that night it was late and he was tired, so he went to bed.

When he woke up, he said he realized their home had been broken into and items were missing.

He said whoever broke in caused $3,000 worth of damage to the windows and doors.

Gaughan said says they took a few hundred dollars’ worth of coins, but what he’s really upset about are his stolen Naval medals.

“I earned them. They can’t be replaced,” said Gaughan.

Gaughan said he had about nine medals that were given to him for his accomplishments during his two decades of service.

“Things that you’ve done. Things that you’re proud of,” said Gaughan. “We had an attack. The bus got shot up. Everyone was scurrying around. Nobody got killed, but there were plenty of holes in the bus.”

He said he got another one for good conduct.

“Not everybody gets that,” Gaughan joked. “One they always say you get because you didn’t get caught.”

Virginia Beach Police say they’re investigating, but so far no one has been arrested.

Gaughan says he can live without the money.