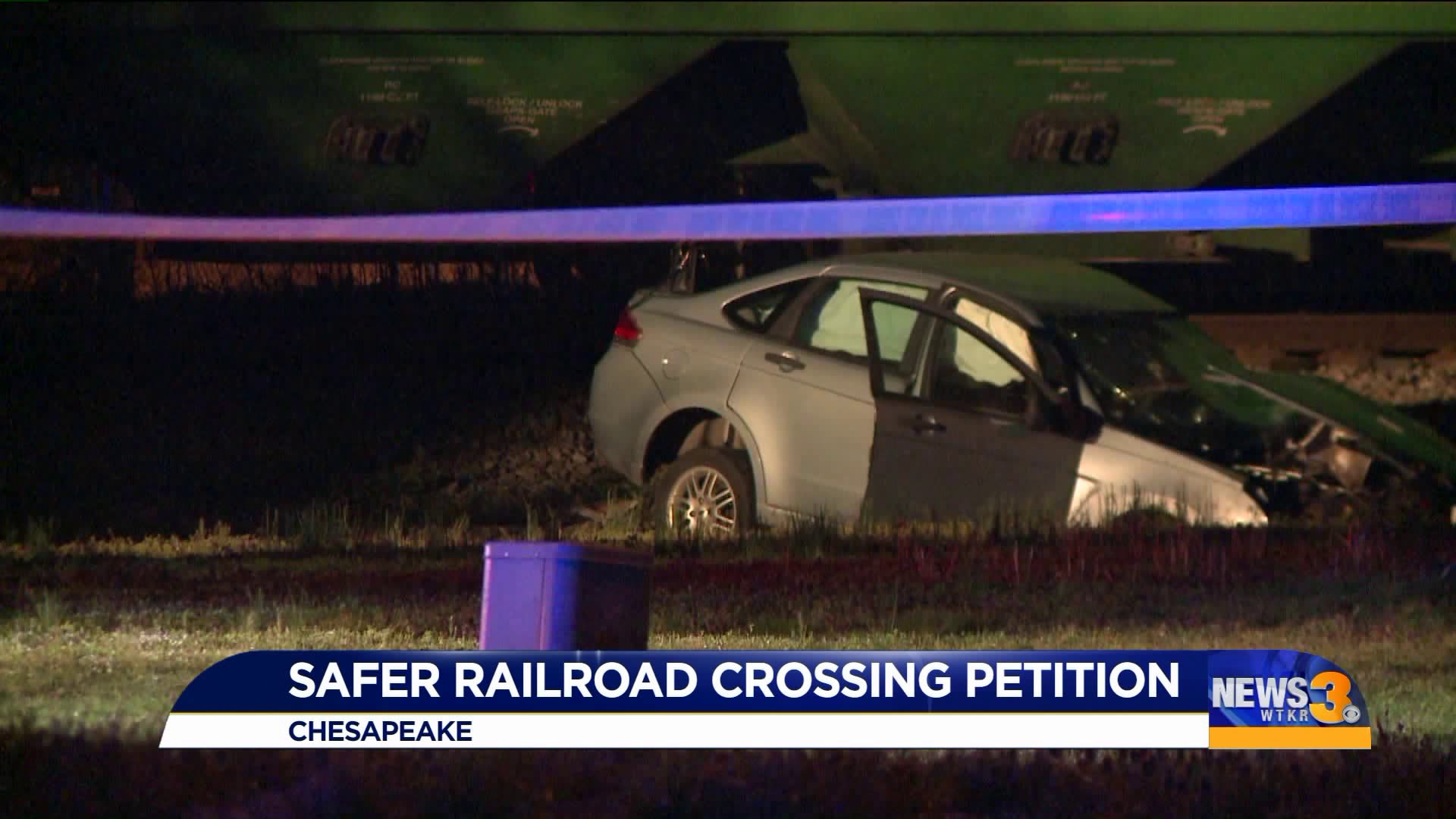 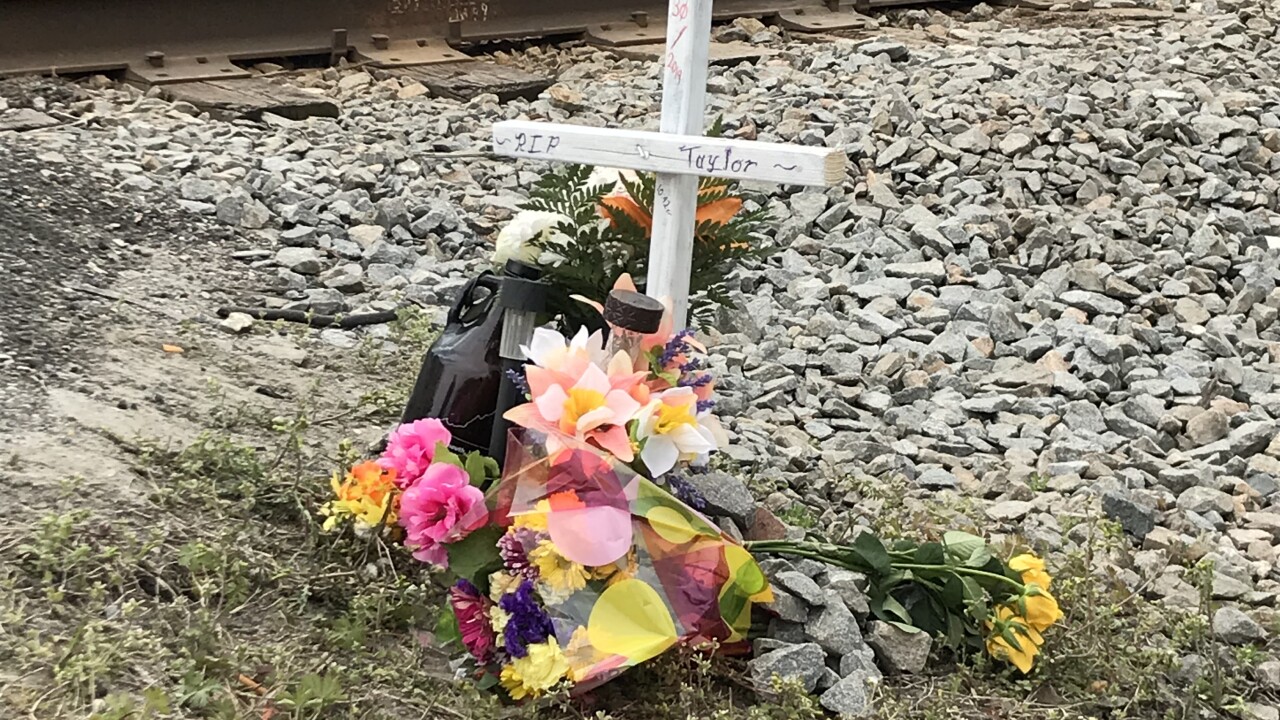 CHESAPEAKE, Va. - In one day, more than 5,000 people have signed an online petition aimed at making a Chesapeake train crossing safer.

The Snowden Street crossing is where a 28-year-old woman died over the weekend. According to Chesapeake Police, Taylor Romanczyk's car was hit by a train Saturday night.

Jennifer Shrader is familiar with the crossing. Her son's business sits a few feet away from the train tracks. She did not know Romanczyk, but says she has been asking for safety measures to be added to the crossing for years.

"It breaks my heart - for her family, for her mom. I have a daughter that is 28. My condolences go out to her and I am so sorry. I just wish that it would have been more safe," said Shrader.

At the crossing, there are a few signs marking the train tracks. Drivers in the area say trees block many signs, making them difficult to see. There are also no street lights nearby.

"It's not clearly marked; there are no street lights out here. It's very dark, so we need something done now."

Shrader wants to see cross arms installed at the site. To make this change, Shrader created an online petition on Change.org. Within hours, thousands of people signed the petition, asking to see a change.

According to the City of Chesapeake, they are not responsible for adding safety precautions to train crossings. They say that responsibility is with the train company, CSX.

In a statement to News 3, a CSX spokesperson said the decision is up to VDOT:

"Decisions about warning devices, signage or road markings are governed by national standards set forth by the U.S. Dept. of Transportation and led by state authorities, which in this case is VDOT. While CSX  does not make these decisions, we are part of the process and we work cooperatively on such matters. Our thoughts remain with those impacted by this incident."

VDOT provided the following statement to News 3 regarding safety changes to the Snowden Street crossing location:

"We extend our deepest condolences to those affected by the crash on Snowden Street in Chesapeake. Safety is paramount at the Virginia Department of Transportation, and every life lost on the road is one too many. The department is awaiting the findings of the investigation to learn what led to the crash and then determine with its partners, including the City of Chesapeake and the railroad, if any measures should be taken at this rail crossing."

According to VDOT, since 1993 there was only one other crash to occur at the crossing aside from the one that killed Romanczyk. That crash was in 2014. VDOT says no one was injured in that crash; it only caused property damage.

For neighbors like Shrader, one crash is one too many if it can be prevented.