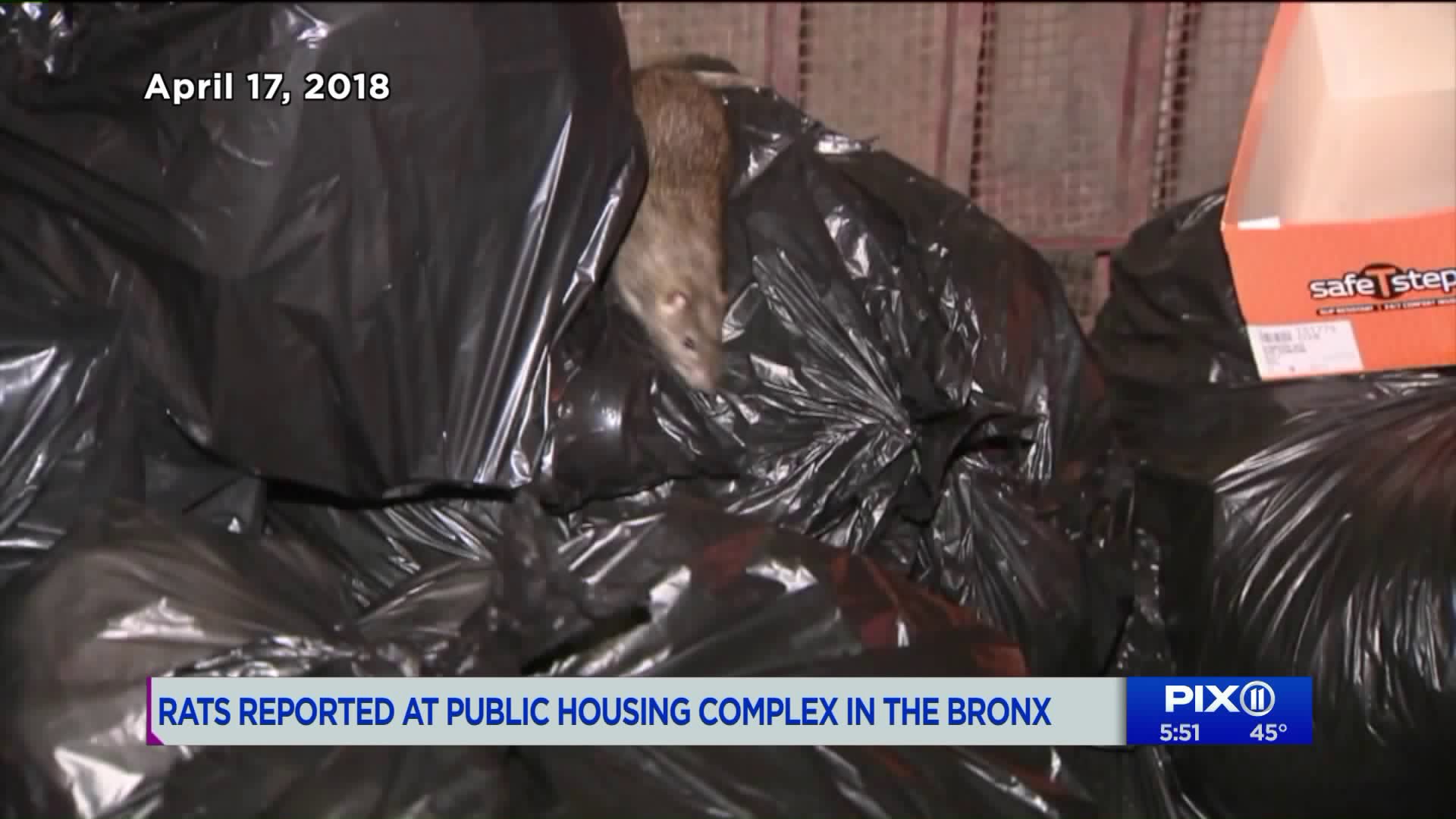 Some families in the Bronx say when it gets dark, rats take over their neighborhood and playground.

NEW YORK CITY - Residents in one New York City neighborhood are saying they've had enough with rats - described as being the size of kittens - roaming around where children play.

Clarissa Alayeto lives at the Patterson Houses in the Bronx and says at night the rats are horrifying. She immediately took out her phone and did a Facebook live to show the problem, just feet away from a playground.

“This is a rat playground, and the sad part is our kids come out and the play here. It’s a health hazard,” Alayeto said.