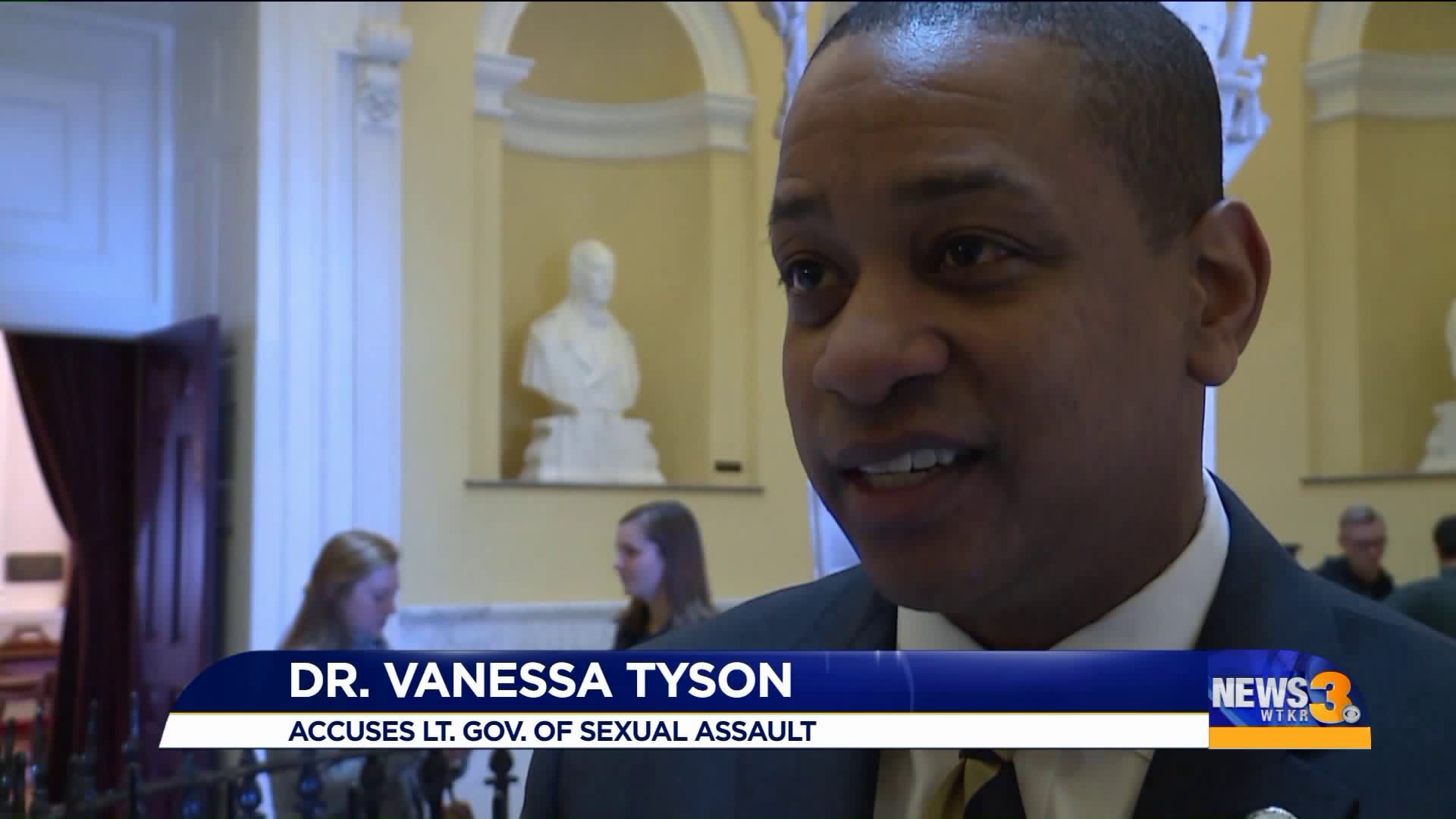 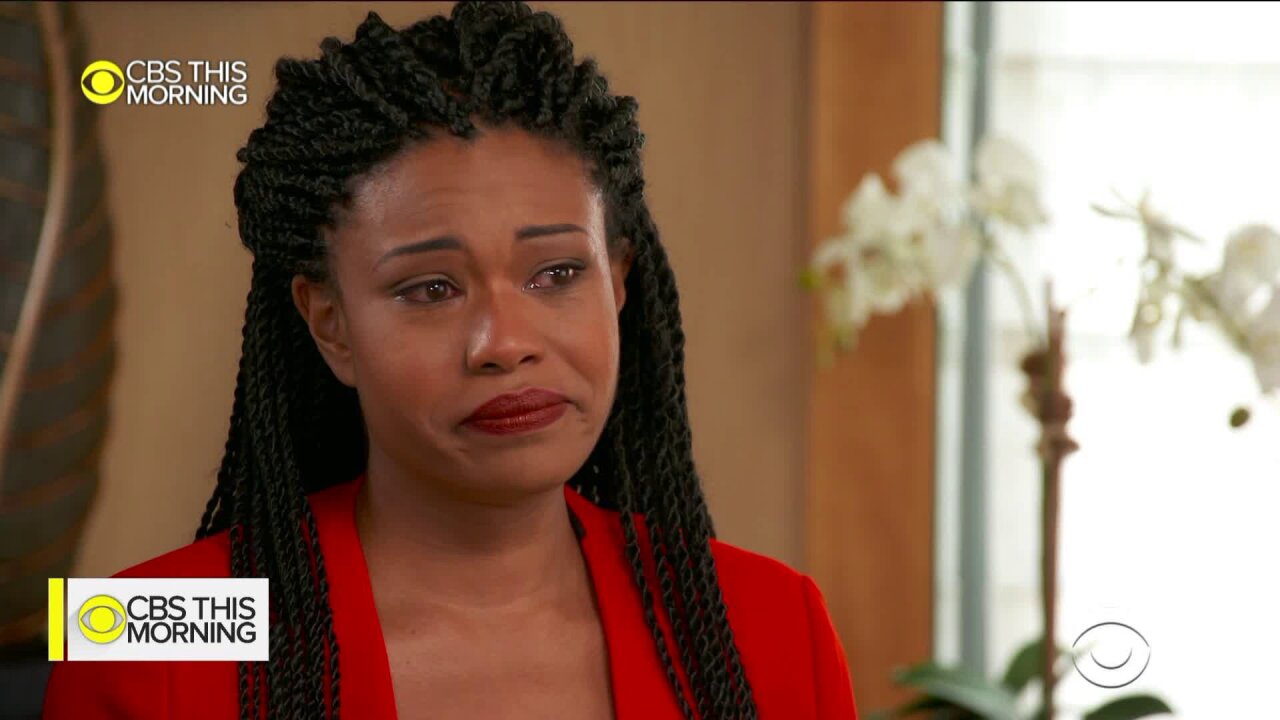 NORFOLK, Va. - The second accuser to come forward with allegations of sexual assault against Lt. Gov. Justin Fairfax detailed what she says happened during an interview with CBS News that aired Tuesday morning.

"[Fairfax] forcibly sexually assaulted and raped me," Meredith Watson told CBS News anchor Gayle King. "I was not on the bed, initially. There was a couch. And he pulled me over and I tried several times to get up and was pushed back down, held down."

Watson says the incident happened in the year 2000 at Duke University, where the two were students.

Watson believes Fairfax targeted her because she says she was previously raped by a Duke basketball player, a fact she says he knew. "He knew that the year prior that I had been raped by someone and that nothing was done about it. And he was a very good friend to me," Watson said. "Which is why I never would've expected anything like this from him."

Both Watson and Vanessa Tyson, Fairfax's other accuser, have called on state lawmakers to holding a public hearing where they can address the allegations.

"No. No. I just want-- I want-- I want to support Dr. Tyson. I want the people of Virginia to know the truth. And I would like the Virginia legislature to do the right thing," Watson said during the interview.

Lawmakers return to Richmond on Wednesday for a brief veto session, but a stalemate continues over how to handle a hearing. Republican Speaker Kirk Cox said Democrats are not cooperating in scheduling a hearing. “There should be no mistake about what has happened here: the alleged victims are seeking a bipartisan hearing; Republicans are seeking a bipartisan hearing; Democrats in the House of Delegates are refusing to allow that to happen," Cox said in a statement.

House Democrats say they're worried a hearing wouldn't be fair to everyone. "The accusers and the accused deserve better than a politically-motivated and unprecedented spectacle such as the one that Republicans have proposed," Democrats said in a statement.

Fairfax continues to deny the allegations and claims to have passed two polygraph tests related to the accusations. "The only way they can bring me down is with a lie, and I promise you I will stand firm in the truth," Fairfax said last week during an NAACP event in Hampton.