At our current pace it’ll take 80 years to repair all the structurally deficient bridges in the US, a report finds 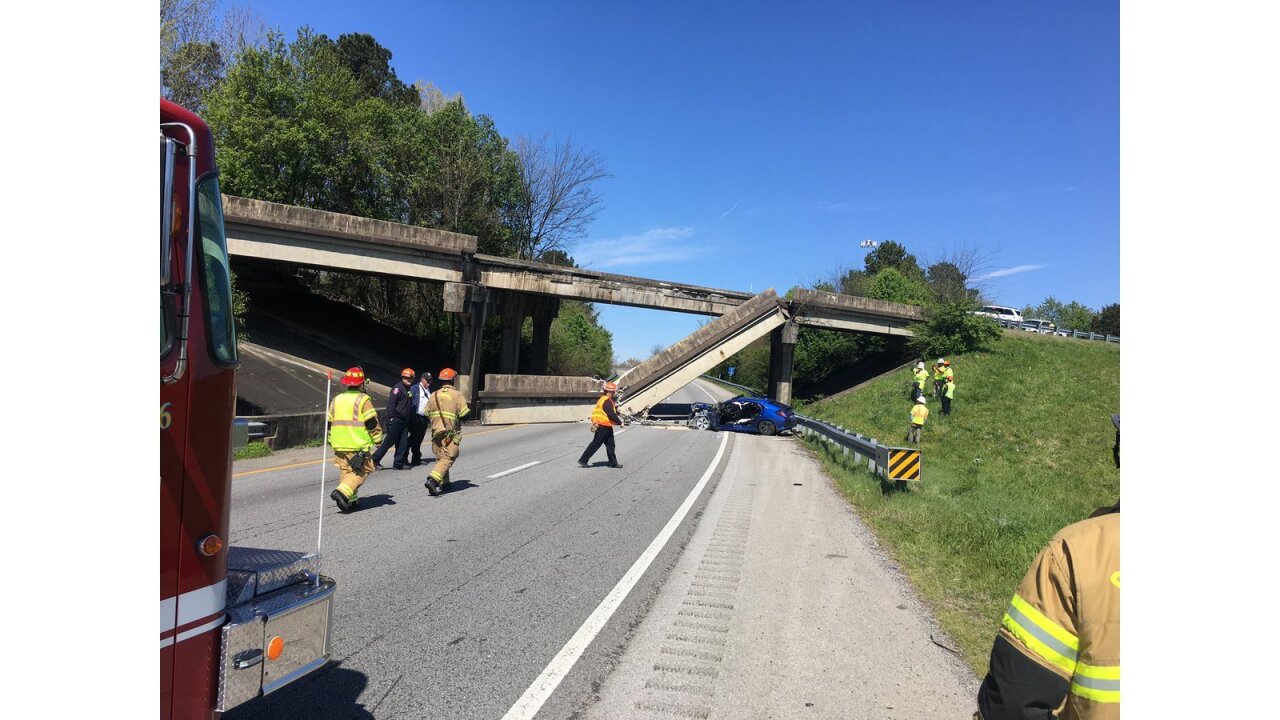 A concrete railing fell from a bridge onto the roadway below at the Interstate 75 North and Interstate 24 West split in Chattanooga, Tennessee, on Monday.

Officials have dubbed Monday’s bridge collapse in Tennessee a freak accident, but that might be turning a blind eye to a larger issue.

Bridges across the United States are deteriorating, and a new report estimates it will take more than 80 years to fix all of them.

More than 47,000 bridges in the United States are in crucial need of repairs, says the American Road and Transportation Builders Association, or ARTBA. The group, which advocates for investment in transportation infrastructure, analyzes data from the Federal Highway Administration and releases an annual Deficient Bridge report.

This year’s report, released Monday and based on 2018 data, found:

The states with the highest number of compromised bridges are:

The states with the most structurally deficient bridges, as a percent of their total number of bridges, are:

The definition of ‘structurally deficient’ has narrowed

“Structurally deficient” means the bridge needs repairs but is not unsafe for public travel.

The number of structurally deficient bridges is actually down about 7,000 from last year’s report — but it’s no cause for celebration. Not all the bridges were fixed.

Instead, the number likely dropped so much because the Federal Highway Administration, or FHWA, narrowed the definition of what it means for a bridge to be structurally deficient.

Bridges are regularly inspected for safety on a scale of 0 to 9. Structurally deficient means that one of four key elements of the bridge is rated a 4, which is poor, or below.

Before, bridges could also be classified as structurally deficient if their overall structural evaluation was rated 4 or lower, or if they had insufficient waterway openings.

“(The new definition) does make a difference,” ARTBA chief economist Alison Black said. “About 6,500 bridges that would’ve been structurally deficient are not under this (new) definition.”

Repairs are at their slowest in five years

The report’s projection for how long it will take to fix all the structurally deficient bridges has more than doubled since last year’s estimate of 37 years.

Because the current pace of repair work is at its slowest in five years, it will likely take more than 80 years to complete the repairs on the structures that need it, ARTBA said.

“We’ve seen bridge construction activity slow down the last few years after increasing significantly over the last 10 years,” Black said, adding that some states are focusing on improving pavement conditions instead of bridge repair.

But an FHWA spokeswoman painted a different picture. She said bridge conditions in the United States have steadily improved over the years due to ongoing bridge safety efforts led by FHWA and state departments of transportation. Since 2002, the number of bridges nationwide that are classified as poor has decreased from 11% to 8%, she said.

Black pointed to Mississippi, whose Department of Transportation said last week that 61 bridges need to be closed immediately because of unsafe conditions.

“We’ll continue to see more bridges close or posted for load as bridges deteriorate,” making it difficult for commuters to get around, Black said.

She said an increase in federal transportation funding would help alleviate the issue.

President Trump has said repeatedly that he wants to upgrade America’s crumbling infrastructure. Even though some Democratic leaders have expressed a willingness to work with him on a plan, little progress has been made on the issue.