VIRGINIA BEACH, Va. - A special exhibit celebrating the life of a military child is on display at the Lynnhaven Mall. 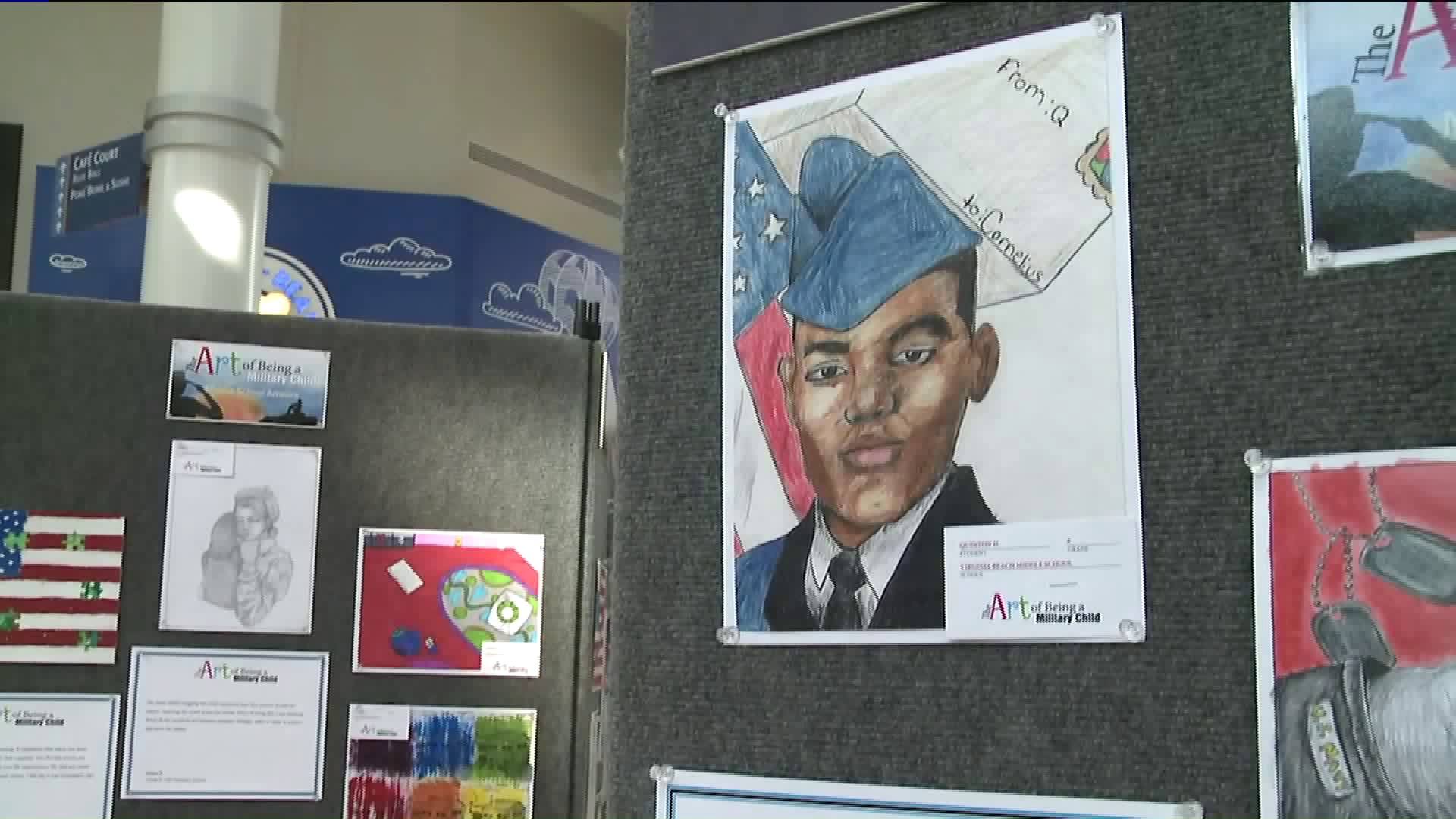 The exhibit started with 180 pieces of art in 2013; this year, more than 800 pieces of art and narratives from 50 Virginia Beach schools will be on display throughout the month of April.

The city-wide contest is open to military and civilian kids, allowing them to depict life from the eyes of military dependents - as well as how living in a military community affects civilian children - through art.

There were various themes: From pride in having family members serve, to the challenges of dealing with deployment, which is what 5th grader Jasmine Casas-Flores focused on.

"There was an actual photograph taken after he came home from a deployment, and I tried to put that in my drawing," Jasmine said. "'Cause when he does leave I feel like a part of my happiness does turn off, but when I see him it does turn back on."

When asked about his reaction when he hears that, Jasmine's father said it's something he struggles to put into words.

"It's just an emotion that you feel," he told us.

Awesome time emceeing the kickoff for the Art of Being a Military Child exhibit showcasing the artwork of @vbschools students! On display at @ShopLynnhaven through April! pic.twitter.com/bqlO1PiKEM

Commanders from local military bases were on hand to help with the presentations. The following people presented awards: