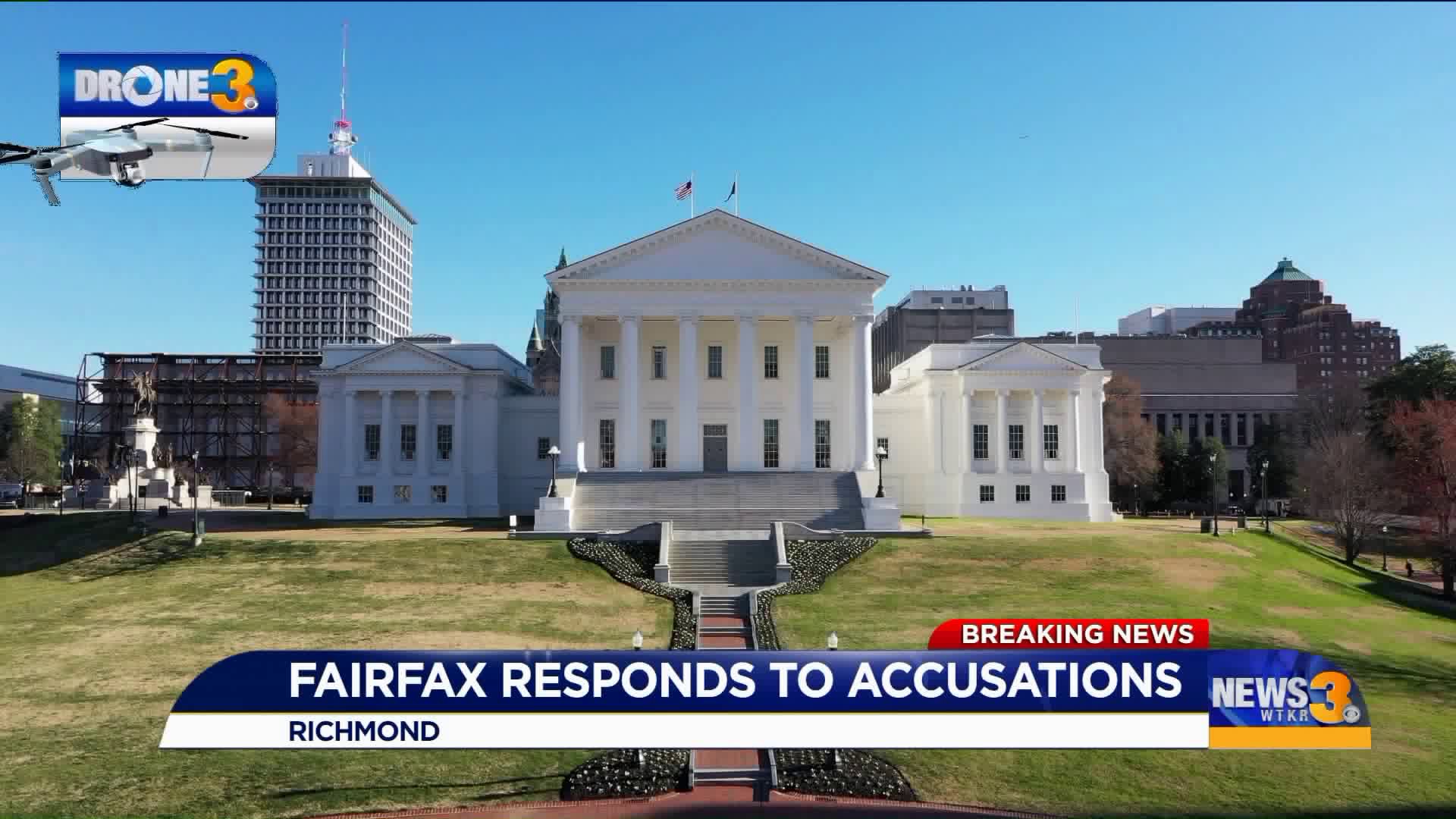 Lawmakers return to Richmond on Wednesday for a brief veto session, but a stalemate continues over how to handle a hearing.

The news conference in Richmond discussed what is going on with allegations raised against Lt. Gov. Justin Fairfax, who faces two sexual assault allegations, plus the blackface controversies facing both Gov. Ralph Northam and Attorney General Mark Herring. Both admitted to using blackface in the 1980s.

Both Meredith Watson and Vanessa Tyson, Fairfax's other accuser, have called on state lawmakers to hold a public hearing where they can address the allegations against Fairfax.

Fairfax, who is expected to speak in Richmond around 10 a.m. Wednesday, continues to deny the allegations and claims to have passed two polygraph tests related to the accusations.

"The only way they can bring me down is with a lie, and I promise you I will stand firm in the truth," Fairfax said last week during an NAACP event in Hampton.

Gilbert raised concerns during the news conference that Democrats are not doing enough to look into the controversies, and said that he and his colleagues are seeking to learn more information about the Northam photo, which the Governor said he would get to the bottom of.

As for Herring, the Republican Party of Virginia is offering a $1,000 reward for a photograph of the state's Democratic Attorney General Mark Herring in blackface.

News 3's Brendan Ponton will be in Richmond to break down the latest from the news conference.

Download the News 3 App to stay up to date on this developing story.