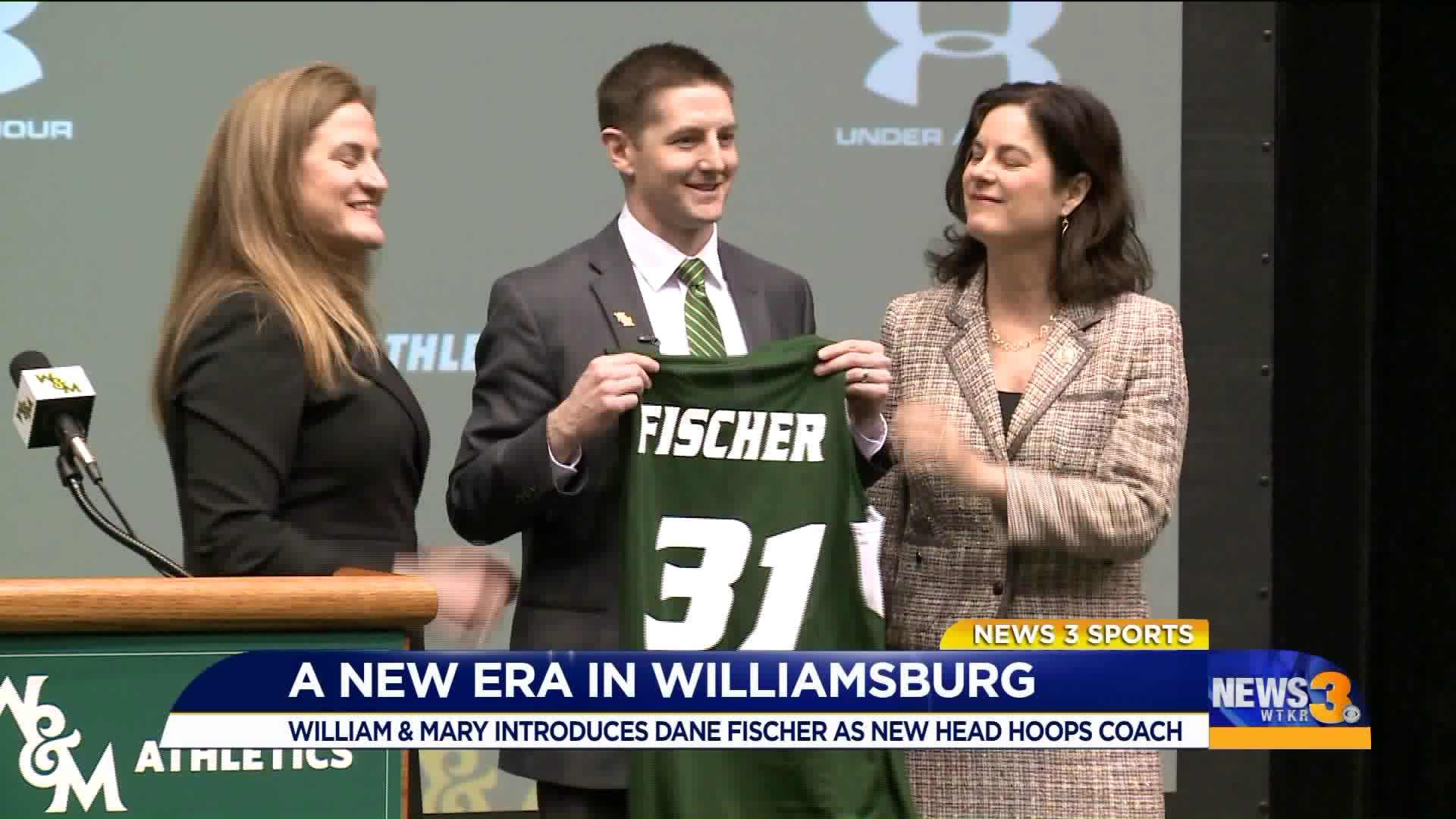 WILLIAMSBURG, Va. - A new era has begun at William & Mary.

On Wednseday, the school introduced Dane Fischer as the new head men's basketball coach. He is the 31st bench boss in Tribe program history.

Fischer, a 16-year coaching veteran, comes to W&M after coaching at George Mason the past four seasons as the top assistant.

"I am truly honored to be here as the next head basketball coach here at William & Mary," Fischer told the crowd of alumni, fans, and media in Kaplan Arena. "This program is in a really good spot, and I want to take it to a great spot."

Athletic Director Samantha Huge says she knew Fischer was the right candidate after their first meeting. "As a first time Athletic Director, who had sat in a chair right next to an AD...I knew that Dane had done what he needed to do, and he was prepared to be a head coach," Huge said.

The hiring was announced on Tuesday, and Fischer said he met with the team collectively, and will meet with them individually on Wednesday.

Over the last four seasons, Fischer helped head coach Dave Paulsen in leading a turnaround of the George Mason program. In the two years prior to Fischer’s arrival in Fairfax and the school’s first two in the Atlantic 10, the Patriots won just 20 total games with a 32.3 winning percentage and eight A-10 victories. In each of the last two seasons, Mason finished in the top five of an NCAA Tournament multi-bid league, including going 11-7 in league play in 2018-19. In Fischer’s second season with George Mason, the Patriots enjoyed one of the top turnarounds in the country, improving eight games over the previous year to win 20 games in 2016-17.