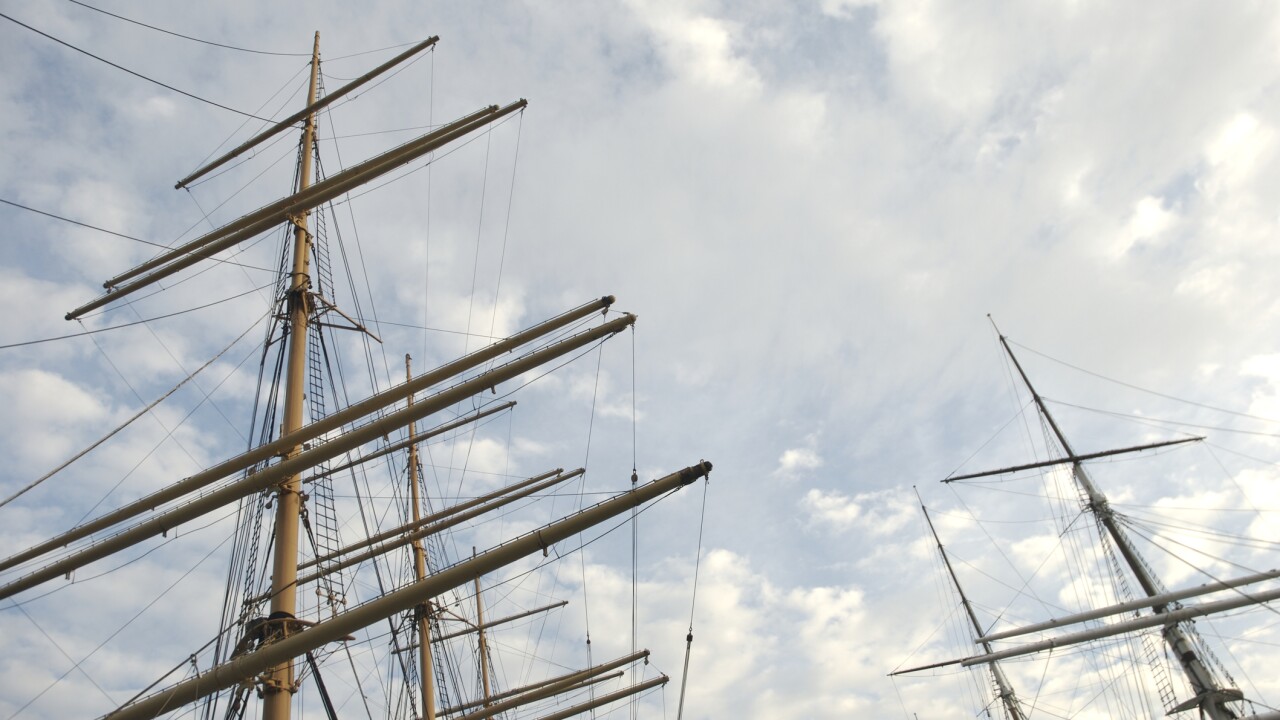 Tall ship masts and rigging soar into the sky

A woman abducted from Africa as a child has been identified as the last known survivor of the slave ships that took kidnapped West Africans to the United States.

Hannah Durkin, a lecturer at Newcastle University in the UK, was carrying out other research when she came across multiple sources that mentioned a woman called Redoshi, the university said in a press release.

Durkin pieced together Redoshi’s life story through a number of archival sources, starting with her kidnapping in what is now Benin at the age of 12 and her passage to Mobile, Alabama on board the “Clotilda,” the last slave ship to arrive in the US in 1860, carrying 116 people.

During her research, Durkin discovered that Redoshi was forced to marry on board the ship.

She and her husband, known as William or Billy, were bought by Washington Smith, a founder of the Bank of Selma and owner of the Bogue Chitto plantation in Alabama, where she was enslaved and renamed Sally Smith, working in the house and the fields for almost five years.

After emancipation in 1865, she continued to live on the Smith plantation and came into contact with early civil rights activists such as Amelia Boynton Robinson.

Her life was documented by Boynton Robinson as well as other activists and historians, and Durkin drew on their work.

Redoshi died in Alabama in 1937, two years after Oluale Kossola, or Cudjo Lewis, who was previously thought to have been the last survivor of the US slave trade.

While other people born into slavery would have lived past 1937, Redoshi was the last surviving slave abducted from Africa.

Durkin, who published her research in the journal Slavery & Abolition, emphasizes its importance in making us think about what transatlantic slavery was like for an individual woman.

“The discovery is so important because it gives meaningful voice to a female survivor of the transatlantic slave trade for the first time,” Durkin told CNN via email.

Several details provide a sense of what Redoshi was like, including efforts to keep her West African beliefs alive and other forms of resistance, such as owning her own land in the US, according to the press release.

And the research could help descendants of slaves identify their origins.

“Descendants of Clotilda survivors are the only descendants of slavery survivors in the US who can trace their ancestors back to a specific region in West Africa,” said Durkin.

“So I’m really hoping this will enable more descendants of transatlantic slave trade survivors to trace their ancestry.”