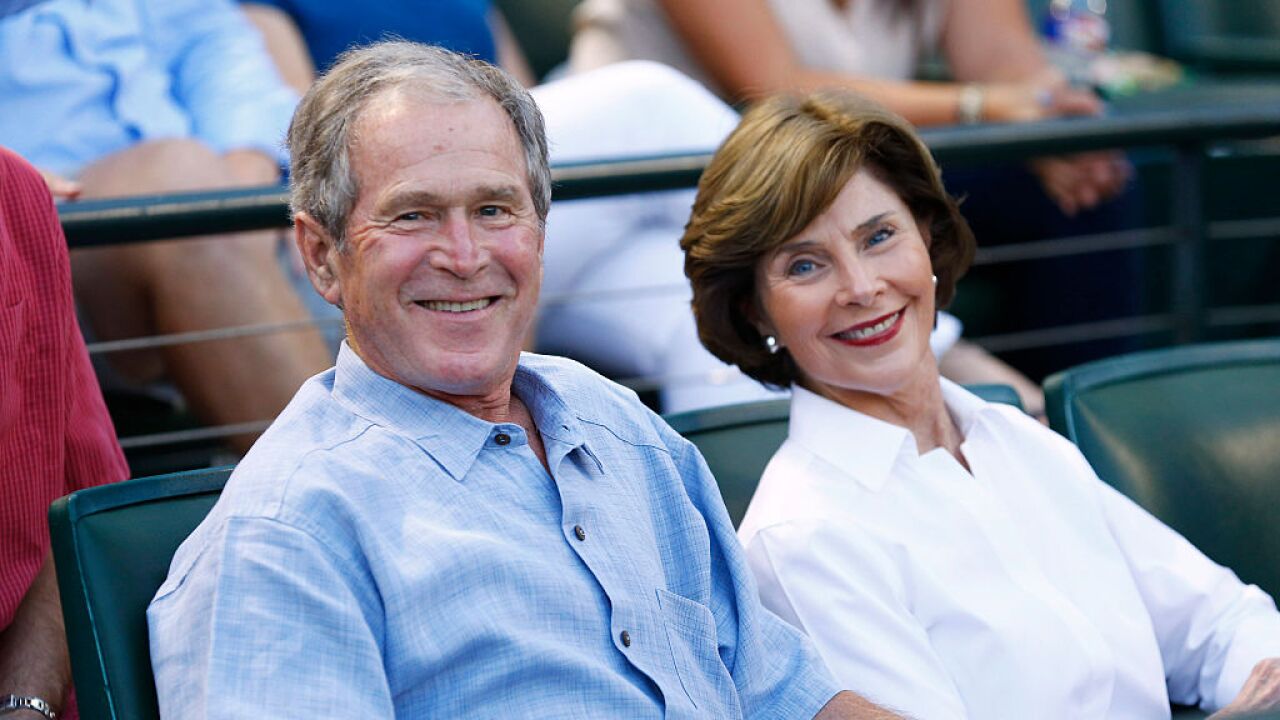 ARLINGTON, TX – SEPTEMBER 19: Former U.S. president George W. Bush and former First Lady Laura Busy wait for the start of the game between the Seattle Mariners and the Texas Rangers at Globe Life Park in Arlington on September 19, 2015 in Arlington, Texas. (Photo by Mike Stone/Getty Images)

HAMPTON ROADS, Va. – Former First Lady Laura Bush will be in Hampton Roads Thursday to speak at the Norfolk Forum at Chrysler Hall.

Bush is the final speaker of the forum’s season, according to the group.

The Norfolk Forum has hosted important conversations with public figures for the past 86 years.

Thursday’s event with Bush is sold out.

The former First Lady and wife of former president George W. Bush lived in the White House from 2001-2008 and is a mother of two daughters. She also has done a variety of non-profit work while as First Lady and since leaving.

Bush attended both Southern Methodist University and the University of Texas at Austin, where she received her masters in Library Science. She would work as both a librarian and school teacher before meeting her husband.