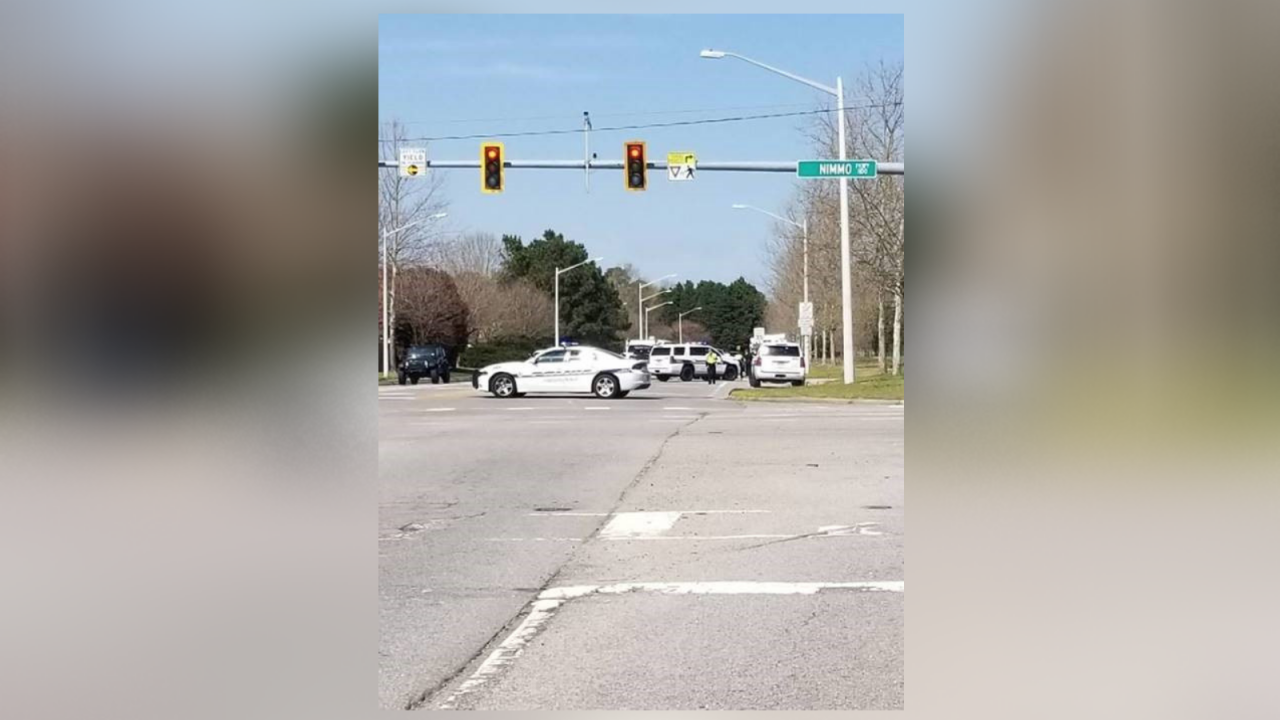 VIRGINIA BEACH, Va. – An inmate on the Virginia Beach Sheriff’s Office Workforce was struck by an SUV while attempting to cross the street in the area of Nimmo Parkway and Upton Drive Thursday afternoon.

The victim was taken to the hospital with non-life threatening injuries.

A spokesperson with the sheriff’s office released the following statement:

Safety is of the upmost importance to the Virginia Beach Sheriff’s Office and our deputies conduct a safety briefing with inmates assigned to the Workforce each morning prior to beginning work. The injured inmate was wearing safety equipment at the time of the incident, including a fluorescent yellow traffic safety vest.

The Inmate Workforce is responsible for mowing and landscaping more than 360 acres of public property in Virginia Beach, in addition to other work, such as painting City pump houses, erecting tents for nonprofit organizations, helping with community events and cleaning up after natural disasters. While there is some inherent risk to that kind of work, we take safety very seriously and ensure both inmates and deputies are properly trained, supervised and equipped. Due to our rigorous safety standards, serious injuries are few and far between.

Inmates volunteer for the Workforce and, in return, receive additional food and visitation and can earn time off their sentences. They are thoroughly screened to ensure they are a minimal flight risk or risk to the community.

Due to security precautions and medical privacy laws, we will not be releasing the name of the inmate, details of his medical status or condition, or his current location. The Sheriff’s Office has reached out to his emergency contact.

We never want anyone to be hurt while in our custody and we will ensure this individual receives all necessary medical care. We wish him a full and speedy recovery.

The northbound lanes of Upton Drive to Nimmo Parkway were closed until around 4:30 p.m. while police investigated. Police said that the incident is still under investigation, but it does not appear that charges will be filed.