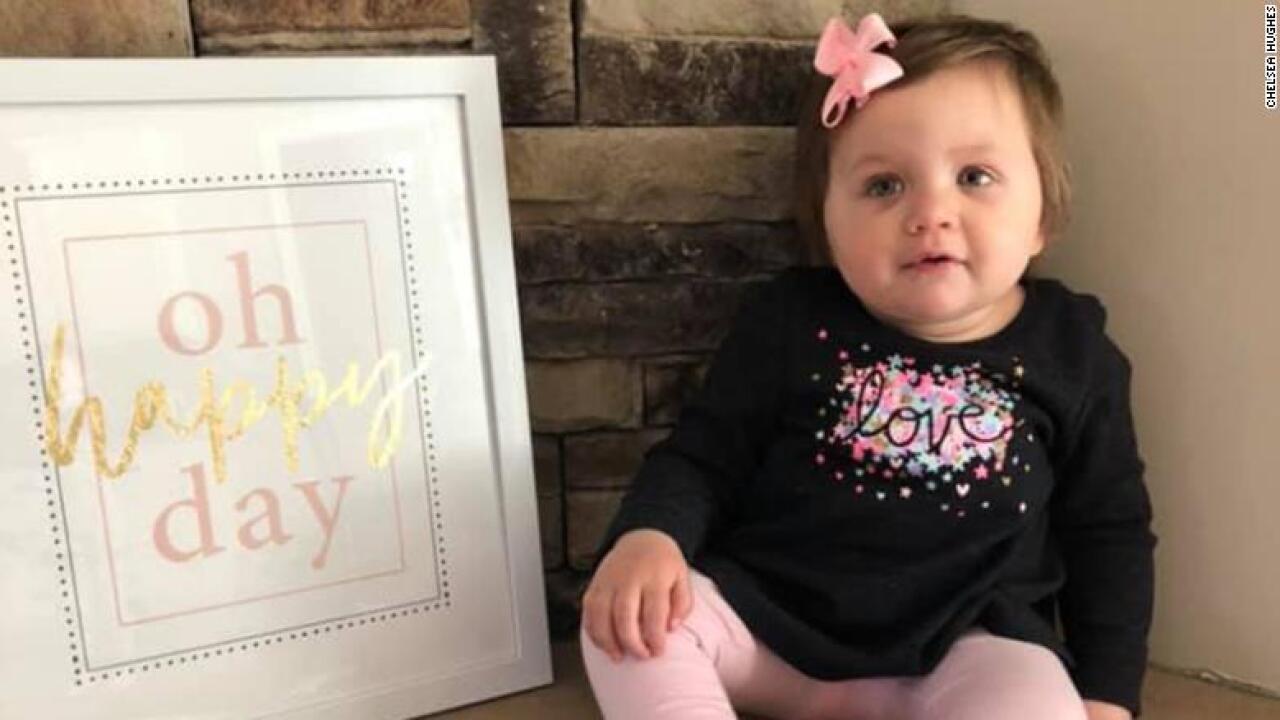 With five rounds of chemotherapy, two stem cell transplants and a dozen rounds of radiation, a toddler from Kentucky has faced an extremely difficult first few months of life.

But things are finally starting to look up for 21-month-old Molly Hughes, who was diagnosed with stage 4 cancer in 2017.

The toddler’s test results came back last week showing no sign of disease in her body.

“We were just so relieved,” Molly’s mother, Chelsea Hughes, told CNN. “She’s happy and playful and just doing normal things again, but we still have to keep our guard up.”

Molly was diagnosed with neuroblastoma, a type of cancer that develops from nerve cells. It most commonly affects children younger than 5, according to Dr. Kelly Goldsmith, who directs a treatment program at Children’s Healthcare of Atlanta.

The cancer has a high risk of relapse, so Molly will need scans every three months for five years, Hughes said.

Molly has started a new trial drug that will help prevent the cancer from returning, but her mother said, “We still need prayers for awhile.”

By the time doctors found it, the cancer was “pretty much throughout her whole body,” her mom said. Molly was 4 months old.

“We’re just thankful that she made it through all that treatment,” Hughes said. “It was tough. She got really, really sick. The treatments are just so harsh on (children’s) bodies.”

In total, the family spent about 130 nights in the hospital. It sometimes put a strain on them — especially for Molly’s brother, now 4, who stayed with Hughes’ mother.

In addition, one of the rounds of chemo caused hearing loss, so Molly must now wear hearing aids.

Because Molly had an IV in her chest that couldn’t get wet, bathing was difficult. Still, Hughes said Molly loves to play in the water.

So, in celebration of Molly’s remission, the family is heading to the beach soon.

“It’ll be her first time being able to swim,” Hughes said.