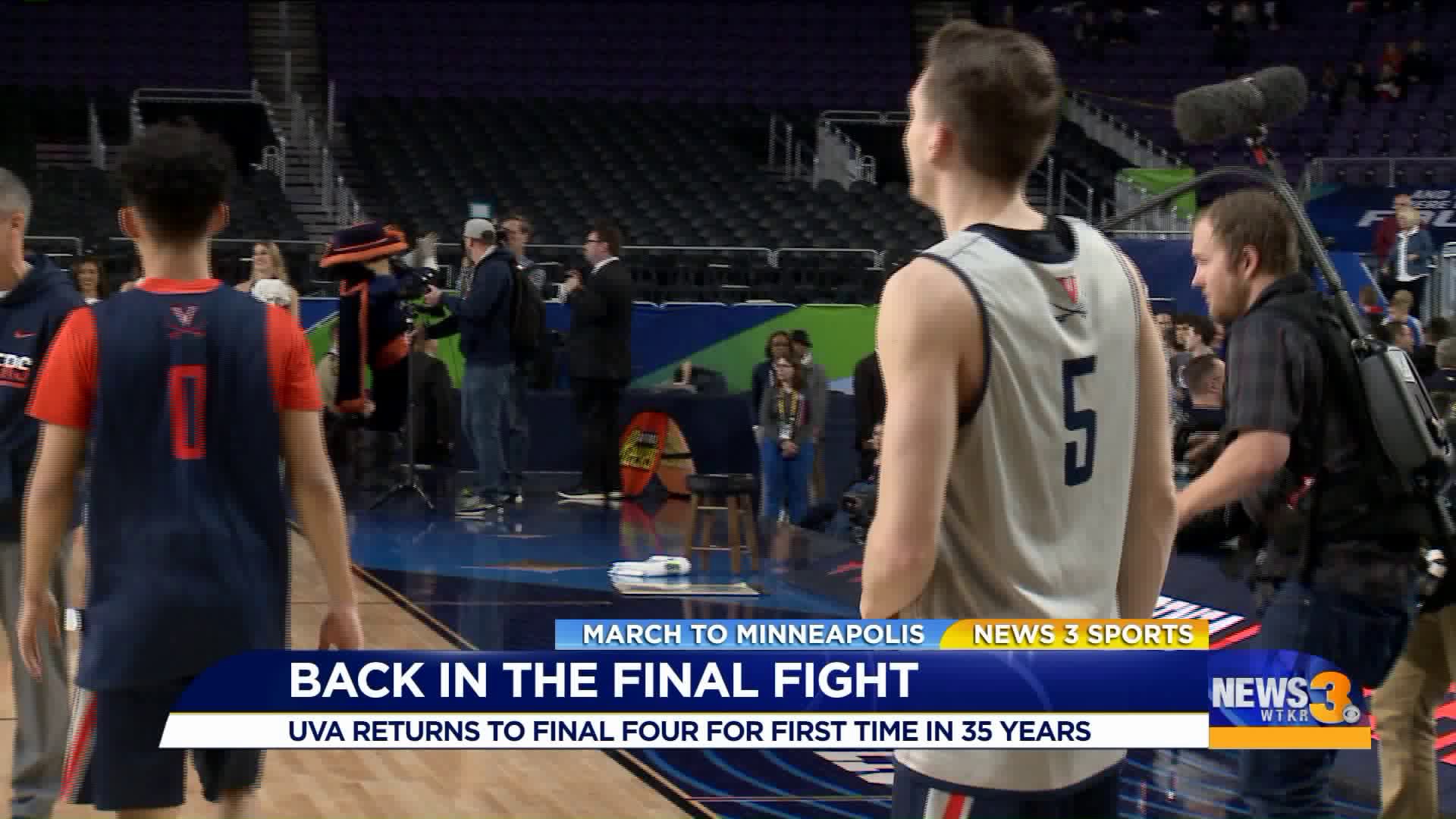 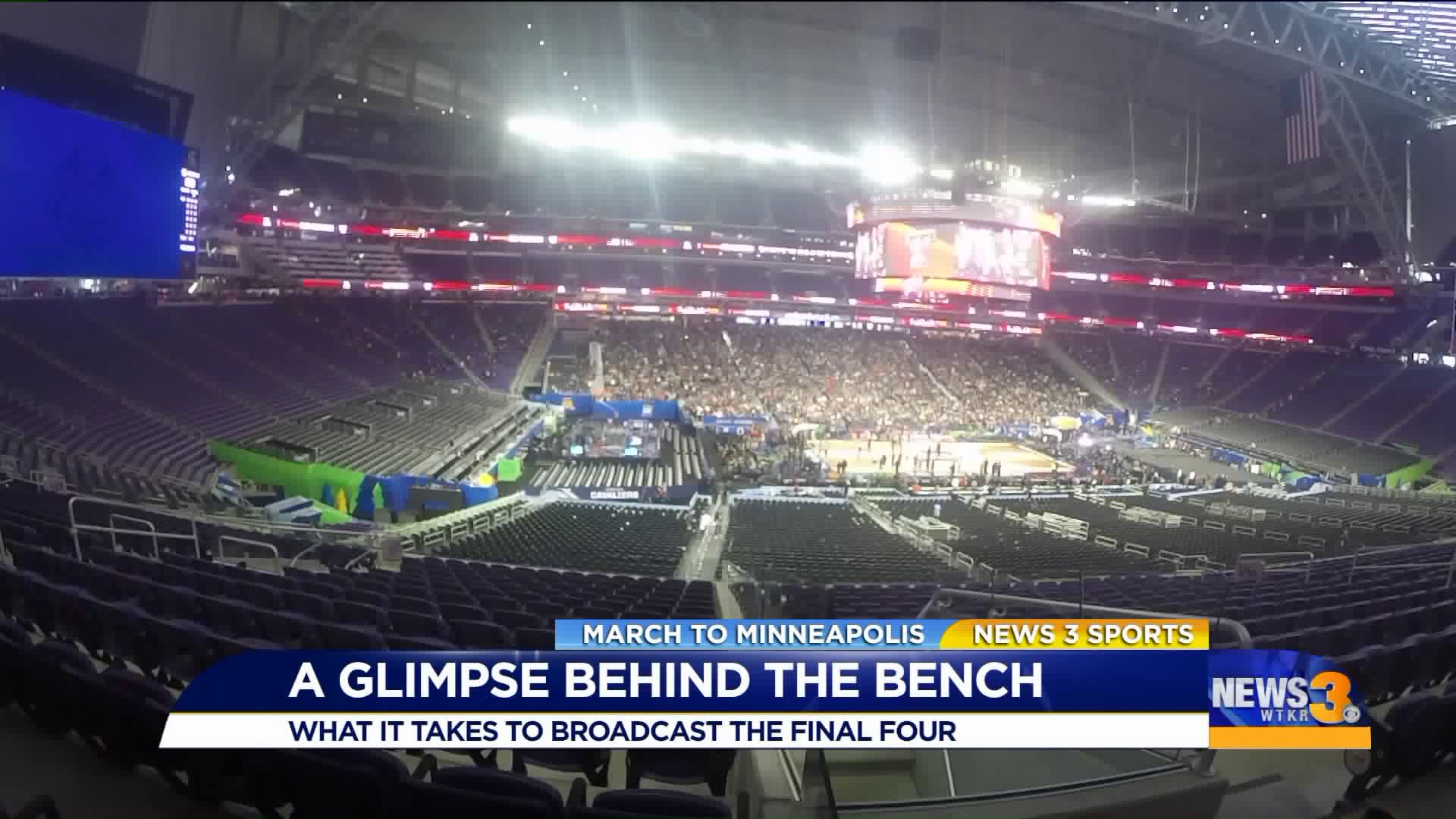 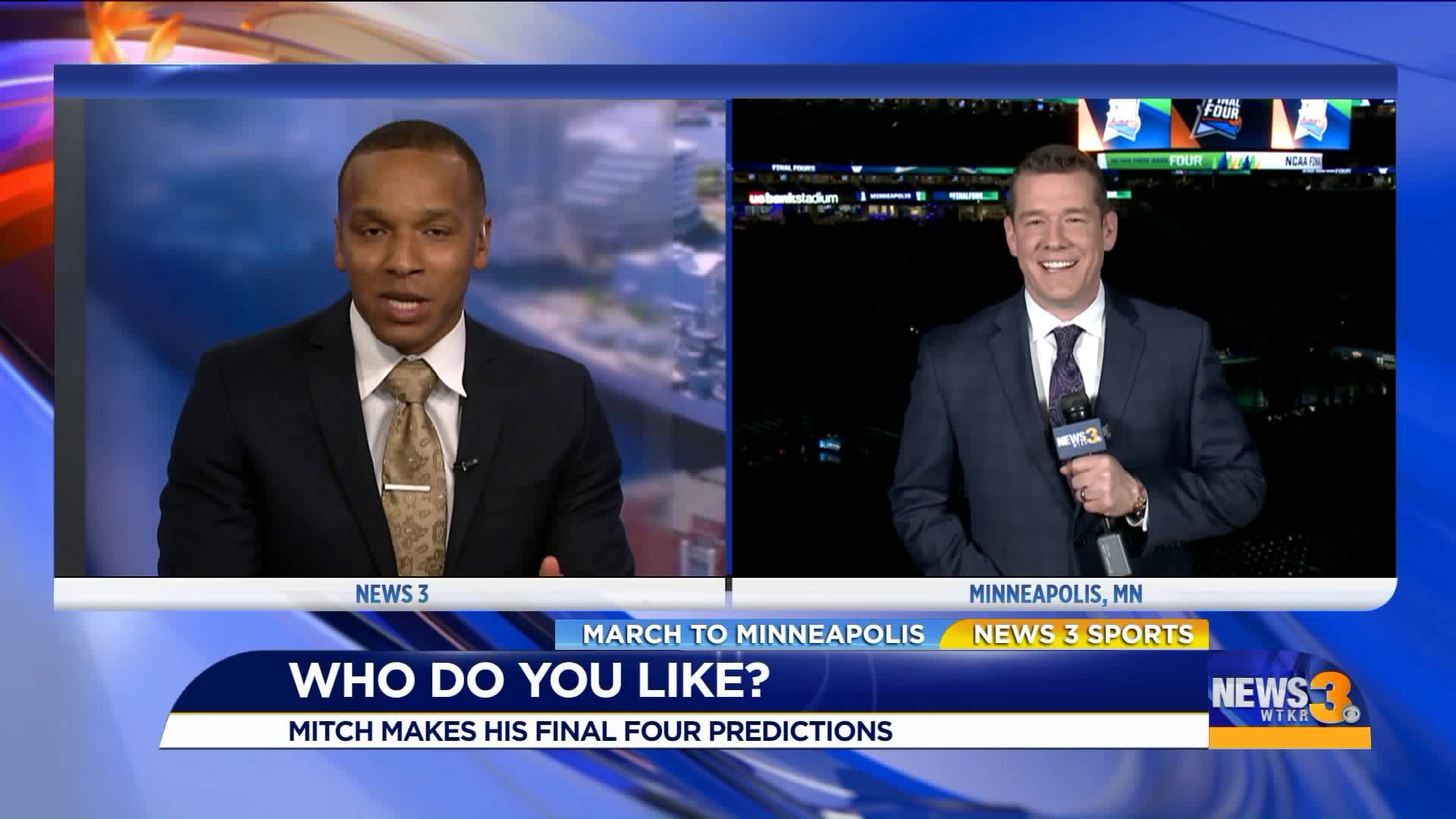 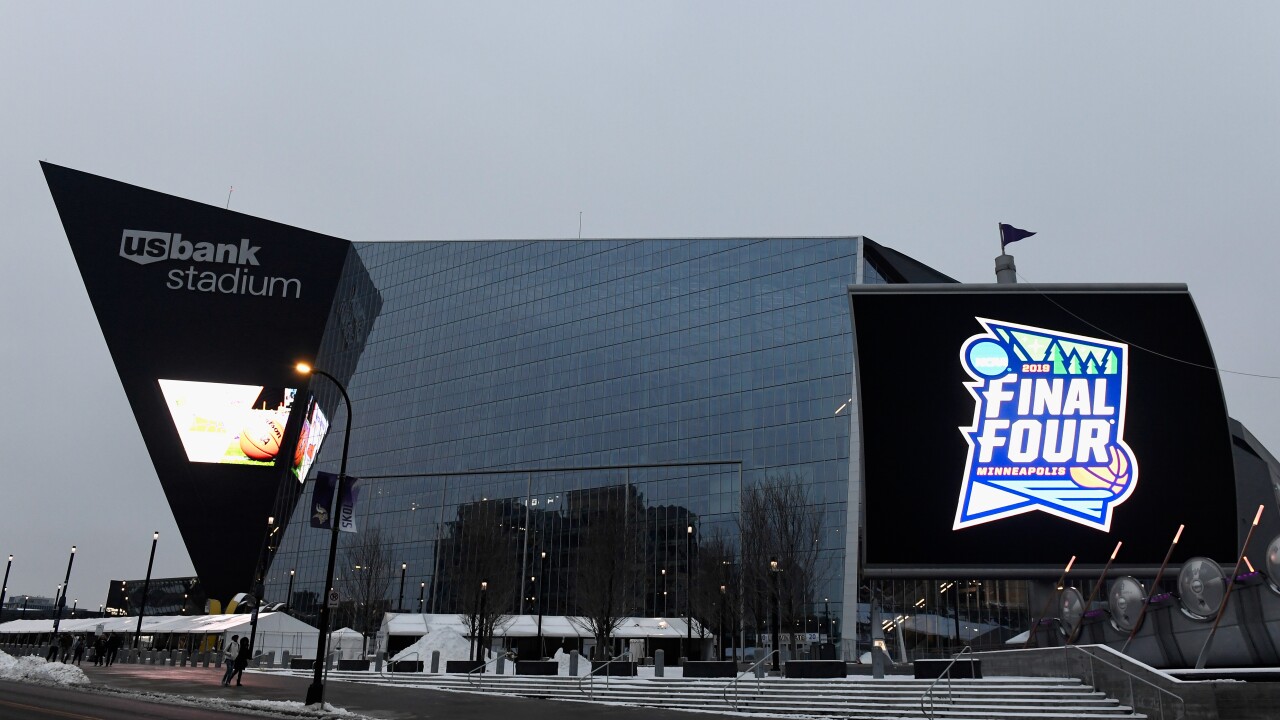 MINNEAPOLIS, Minn. - The stage is set, and there's only four teams left standing in all of college basketball.

News 3 is in Minneapolis as Virginia tries to win its first Final Four game in school history and advance to the national title game.

In part one, Wink talks with the UVA players about making the first Final Four since 1984, and shooting in a football stadium. He then catches up with a Norfolk native who's made an impact for Texas Tech. Anthony also caught up with some excited fans at FanFest.

In part two, Mitch talks with Covers.com analyst Jason Logan on what to expect from these two teams if you're looking to cash out.

Finally, Wink and Mitch make their predictions for the game. News 3 is your home for the Final Four and national title game. Virginia plays Auburn at 6:09 p.m. on News 3.