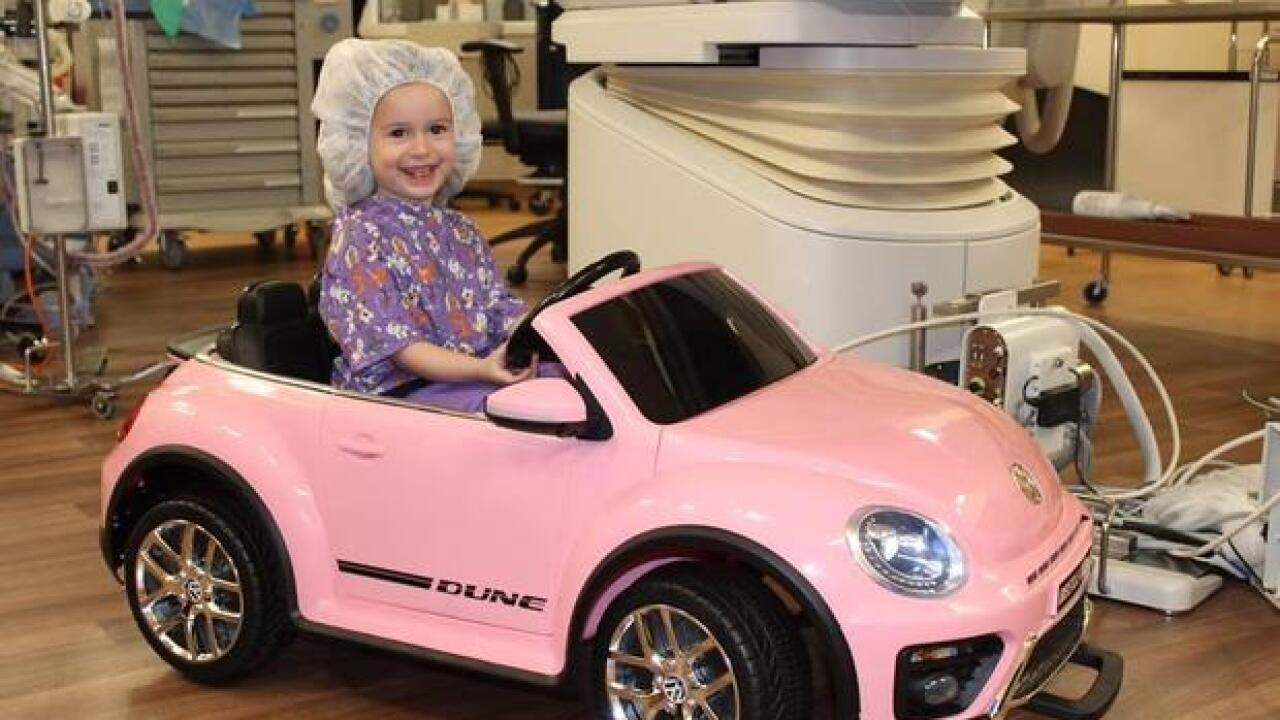 Surgery can be terrifying at any age — but one hospital is working to reduce patients’ fears in a unique way.

CBS News reported that Doctors Medical Center in Modesto, California, has two mini cars for its smallest patients to ride into operating rooms to help calm their nerves.

The facility’s cars are a black Mercedes and a pink Volkswagen Beetle, made especially for children. Both are equipped with stereos, functioning headlights, taillights and dashboard lights, and can be operated either by the children or remote control.

The center purchased the first car, but the second was donated by an employee and her family.

Employees of the center hope the cars reduce kids’ stress, anxiety and fear before they go into the operating room.

“When the children find out they can go into the operating room riding in a cool little car, they light up and in most cases, their fears melt away,” pre-op nurse Kimberly Martinez, who came up with the idea, told CBS News on Saturday.

“In addition, when parents see their children put at ease, it puts them at ease as well,” Martinez said.

Martinez said she notices an immediate difference since they’ve introduced the cars, and said she hopes the benefits have lasting impacts.

“It can be traumatizing for a young patient to be peeled away from their parents as they head into surgery,” she said. “This truly helps everyone involved.”

According to Martinez, the cars are for kids ages 2 through 7. The cars are very safe — they have working doors, a seatbelt and a horn.