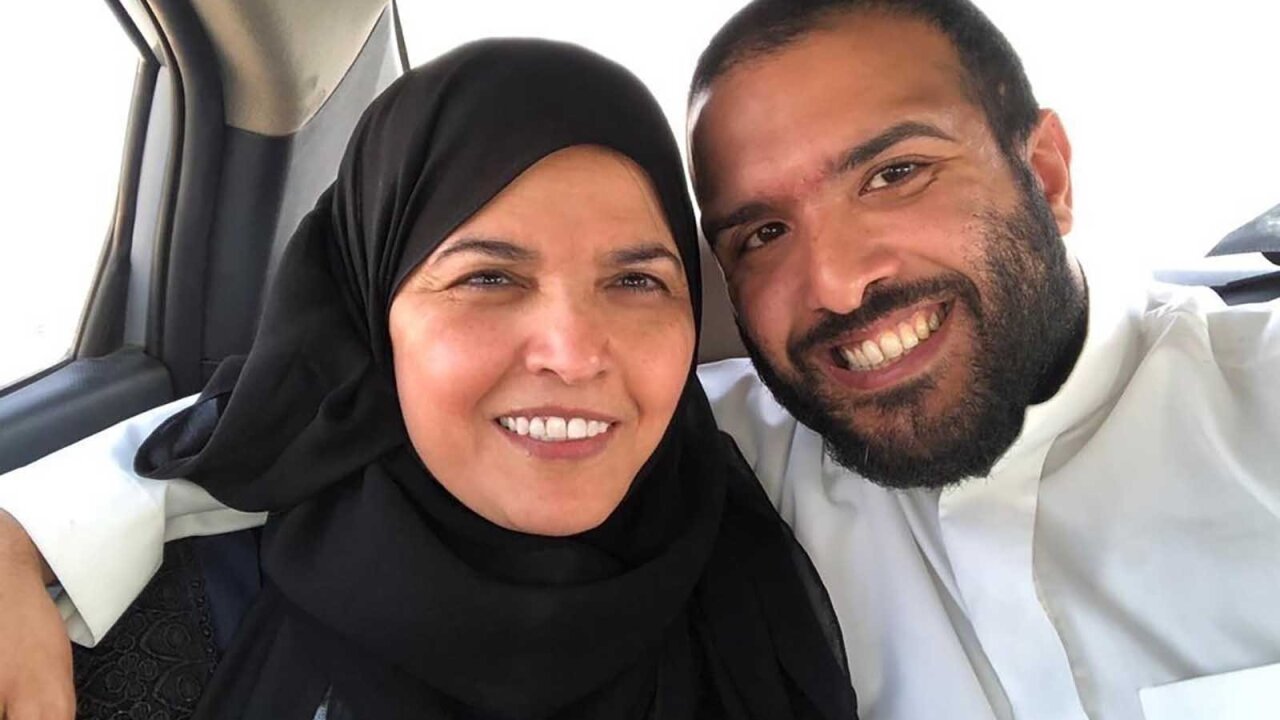 Salah al-Haidar and his mother Aziza al-Yousef in a car after a Saudi court granted her temporary release in March. Yousef is a prominent women’s rights defender who spent nearly a year behind bars. Haidar was arrested on April 4, around two weeks after his mother’s release.

Saudi Arabia detained seven activists, including two US citizens, one of which has ties to a house in Virginia, sources tell CNN. It was the kingdom’s first sweep of arrests targeting dissidents since the killing of journalist Jamal Khashoggi last year.

Salah al-Haidar and his mother Aziza al-Yousef in a car after a Saudi court granted her temporary release in March. Yousef is a prominent women’s rights defender who spent nearly a year behind bars. Haidar was arrested on April 4, around two weeks after his mother’s release.

One of the two U.S. citizens on Thursday was Salah al-Haidar, a dual Saudi-US citizen who is the son of prominent women’s rights defender Aziza al-Yousef, according to two sources familiar with the events.

Haidar is a writer and journalist on social issues. His father owns a home in Vienna, Virginia, according to the Saudi academic who asked not to be named out of concerns for his safety.

The reason for Haider’s father having a home in Virginia is not known at this time.

A State Department official confirmed to CNN on Friday that two US citizens were arrested in Saudi Arabia, but declined to provide names.

“We can confirm that two US citizens were arrested in Saudi Arabia,” the official said. “We have already engaged the Saudi government in this regard. Due to privacy considerations, we have no further comment.”

Another Saudi-US dual citizen, the writer and physician Bader al-Ibrahim, was also arrested in the crackdown, the sources said.

The UK-based Saudi rights group Alqst reported that seven activists had been arrested on Thursday, and released their names.

All seven detainees are writers and social media bloggers who are connected to Yousef’s family and are friends with Haidar, according to the sources. They previously engaged in public discussions about reforms and have publicly endorsed women’s rights causes such as the right to drive, the sources said.

Two of the activists detained on Thursday are Saudi married couple Thumar al-Mazouqi and Khadijah al-Harbi, said the sources. Harbi, who has written about and campaigned for women’s rights, is in late-stage pregnancy, the sources added. She and Mazouqi have been supportive of detained women’s rights defenders currently standing trial.

The sources also confirmed that a Riyadh university lecturer named Anas al-Mazrou was arrested on March 19. Days earlier a video of Mazrou filmed at a book fair, in which he publicly expressed solidarity with political prisoners and named some detained women’s rights defenders, had gone viral.

The Saudi government did not immediately respond to CNN’s requests for comment about the case. CNN has reached out to the US embassy in Riyadh for comment.

Saudi Arabia has conducted a series of crackdowns on dissidents since Prince Mohammed bin Salman was elevated to Crown Prince in June 2017. The arrest sweeps have targeted clerics, academics and human rights defenders.

US citizen Dr. Walid Fitaihi was also detained during the sweeping crackdown in 2017. He was reportedly beaten, tortured and jailed, a source familiar with the situation told CNN in March.

In May and June 2018, several women’s rights activists were detained in a series of arrests that were widely criticized by the international community, including at the United Nations human rights council.

The October 2018 killing of Jamal Khashoggi, a US resident and critic of the government, at the Saudi consulate in Istanbul sparked international uproar.

The number of arrests of dissidents appeared to decrease significantly in the aftermath of Khashoggi’s killing, in what many observers hoped was sign that the kingdom’s crackdown was deescalating, Alqst director Yahya Assiri told CNN.

Thursday’s arrests appeared to mark a renewal of the crackdown, Assiri and the Saudi academic said.

“It’s all breaking my heart but in particular is I know Salah al-Haidar’s family has already been thru so much after #Saudi feminist (Salah’s mother) Aziza al-Yousef’s arrest since May 2018,” wrote Saudi-American Harvard PhD student Nora Abdulkarim in a tweet. “Days after her temp release, and their celebrating, now Salah is arrested. I cannot fathom.”