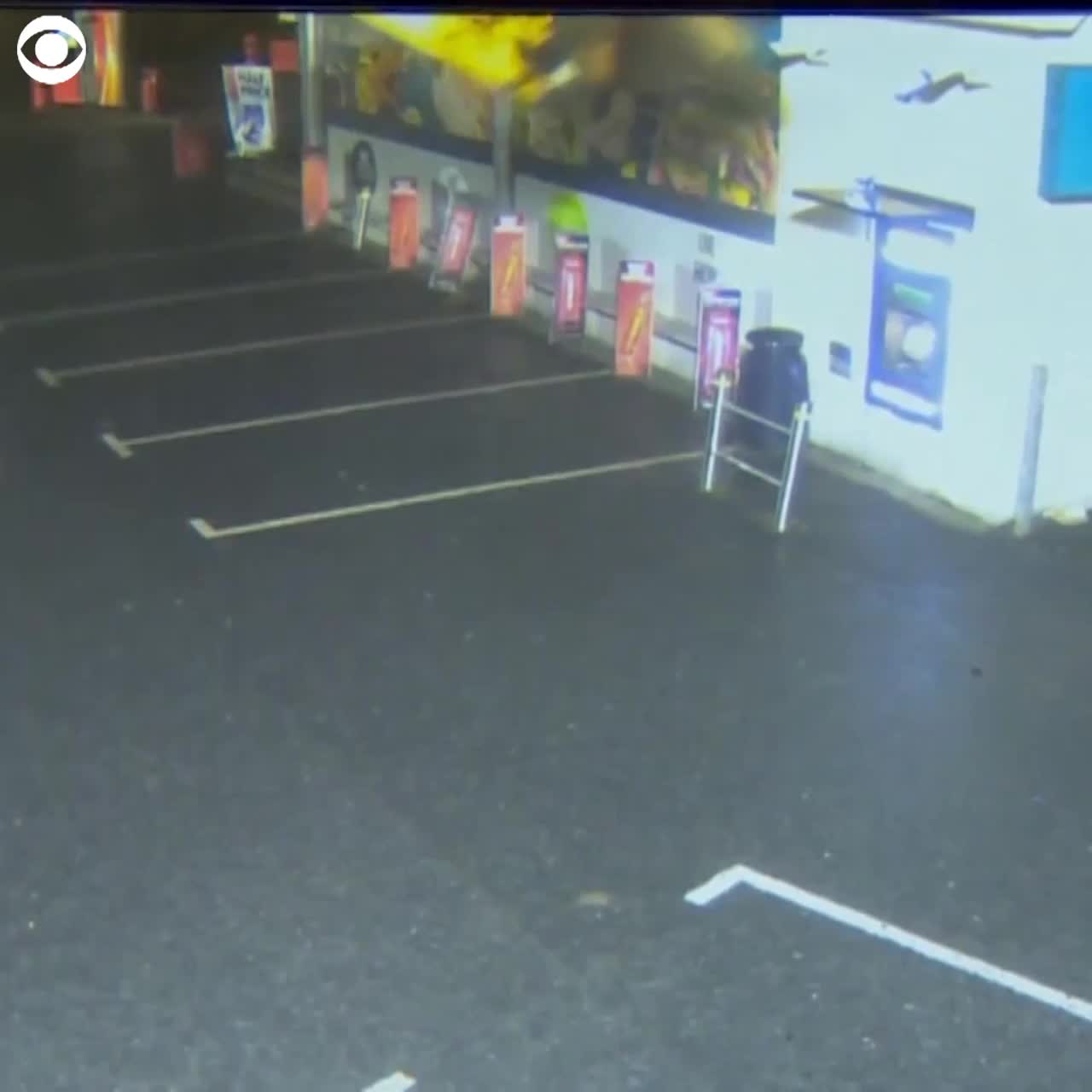 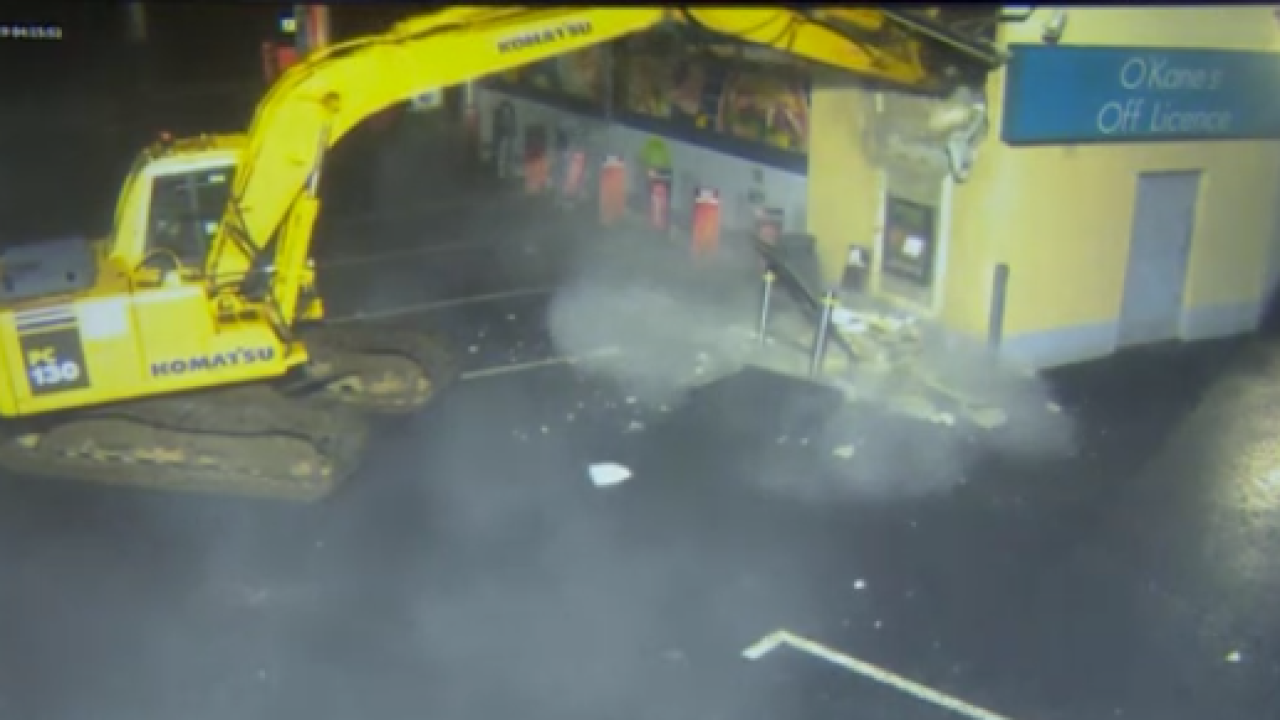 The footage shows the digger driving through a security gate then tearing the machine from the wall.

It happened at a garage outside Dungiven, Northern Ireland on Sunday morning.

The cash machine was lifted into a Citroen Berlingo car which had part of its roof cut off. A number of masked men are seen in the footage.

The raid lasted just over four minutes. Afterwards the car was driven away with the cash machine sticking out of the roof.

It is the latest in a series of cash machine thefts on both sides of the Irish border, with the Police Service of Northern Ireland (PSNI) saying it was the eighth such incident in 2019.

The digger was stolen from a building site further down the road before being driven to the garage.

Last week, there were two separate incidents of cash machine thefts - one outside a shop in County Antrim and the the wall of a bank in County Monaghan in the Irish Republic.

Police warned there could be several gangs involved in the theft of cash machines in Northern Ireland.
Shop owner Martin O'Kane said: "There are going to be less and less ATMs about now because of these attacks. There is one basically happening every week now.

"I probably won't get another cash machine in again, and that will be the local community losing out."

Police have appealed for anyone with information on the Dungiven incident to come forward.

Det Insp Richard Thornton said a digger taken from a site close to the shop had been used to rip the machine from the wall.