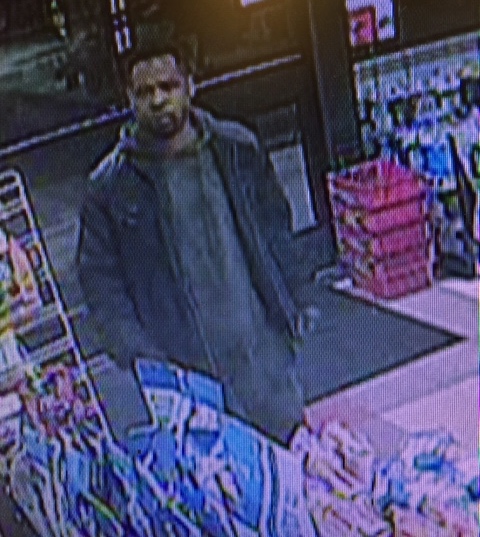 PORTSMOUTH, Va. – Police are searching for a man they believe has robbed two convenient stores within the last four days.

On Friday around 2:11 a.m., police assistance were called to the 7-Eleven located in the 3500 block of Airline Boulevard, for a robbery that had just occurred.

According to detectives, the suspect entered the business, took two cases of beer, and threatened to use force if the employee did not allow him to leave the store. The employee complied with the suspects’ demands and no one was injured.

The second robbery occurred Tuesday at 2:50 a.m. at the 7-Eleven located at 600 Frederick Boulevard. As in the previous robbery, the suspect entered the store, grabbed two cases of beer and threatened to use force against the employee if he did not allow him to leave.

The employee complied with the suspect’s demands and no one was injured.

The suspect is described as a shorter black male in his mid-30s to early 40s, standing approximately 5’5’-5’6’ tall and weighing around 170 pounds.

Detectives are asking anyone with information about these incidents or who may recognize the male pictured in the surveillance photographs to call the Crime Line at 1-888-LOCK-U-UP℠ (1-888-562-5887).