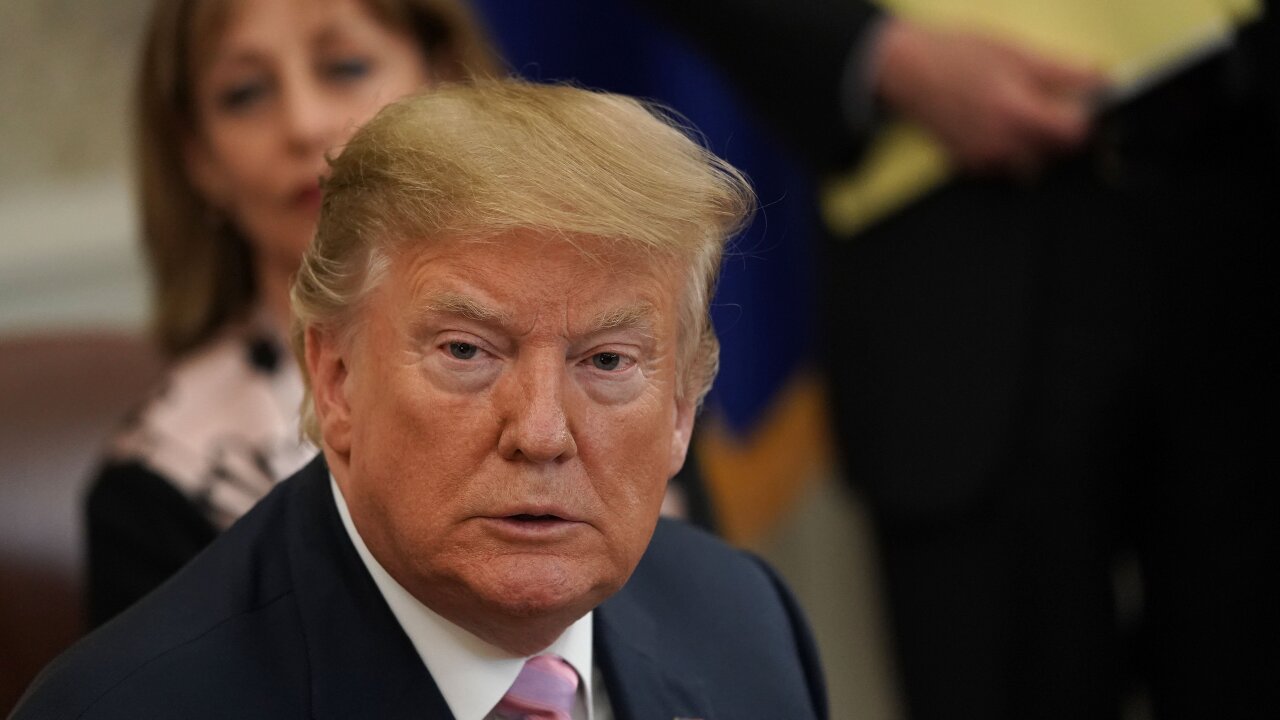 The deadline had arrived that given IRS Commissioner Charles Rettig to turn over six years of President Donald Trump’s personal and business tax returns to House Ways and Means Chairman Richard Neal, a Massachusetts Democrat.

In a letter Wednesday to House Ways and Means Chairman Richard Neal, Mnuchin said that “the Treasury Department will not be able to complete its review” by the April 10 deadline Democrats had given Internal Revenue Service Commissioner Charles Rettig to turn over six years of Trump’s personal and business tax returns.

The deadline had arrived that given IRS Commissioner Charles Rettig to turn over six years of President Donald Trump’s personal and business tax returns to House Ways and Means Chairman Richard Neal, a Massachusetts Democrat.

Highlighting what he called the “unprecedented nature of this request,” Mnuchin said that he would be overseeing the Treasury’s handling of the request and that the Department of Justice was being consulted “to ensure that our response is fully consistent with the law and Constitution.”

“The Committee’s request raises serious issues concerning the constitutional scope of Congressional investigative authority, the legitimacy of the asserted legislative purpose, and the constitutional rights of American citizens,” he added.

A week after Neal made his formal request for Trump’s tax information, including information on eight of the President’s business entities, Democrats are fully anticipating a drawn-out political and legal showdown as the administration digs in and Democrats prepare to go to court.

“They want to rig this thing. They’ve already started to do that,” Rep. Bill Pascrell, a Democrat from New Jersey, told CNN. “Their excuses for not giving them up are the most hypocritical I have ever heard of any subject in the Congress, and I’ve been here 22 years. … They’re trying to rig it? Good. We’re ready for you.”

Democrats on the House Ways and Means Committee huddled Tuesday afternoon to discuss potential next moves and to talk about other issues before their committee.

Neal said Tuesday that he plans to send a follow-up request for the information in writing before taking more drastic steps. There are still questions about whether the committee would issue a subpoena on top of the request or if the request would be grounds enough to trigger a fight in court if the IRS didn’t comply.

Earlier Wednesday, Mnuchin said he was consulting with the Justice Department on Neal’s request.

“We need to make sure that the IRS and the individual taxpayer info does not become subject to political wills,” said Mnuchin on the sidelines of the International Monetary Fund. “I take the obligation very seriously to make sure we follow the law correctly.”

When asked by CNN if he had spoken Rettig in recent days, Mnuchin said, “I speak to the IRS commissioner regularly. It’s my job to supervise the IRS. I’m not going to comment on specific conversations that we’ve had together.”

Democrats are relying on a 1920s-era law that has never been challenged in court before. The IRS statute, known as 6103, says three people on Capitol Hill — the Senate Finance Committee chairman, the head of the Joint Committee on Taxation and the chairman of House Ways and Means Committee — can ask for any individual’s tax information for legislative purposes and the secretary of the treasury “shall furnish” the request. It’s a provision that’s been employed before and is typically used for research purposes by the Joint Committee on Taxation. But asking for the president’s tax returns is uncharted territory, a fact that the chairman of the House Ways and Means Committee was cognizant of as he was waiting to make the request.

“We wanted to make sure that the case we constructed was one that stood up under the critical scrutiny of the courts,” Neal told CNN last week.

Allies of the President have argued that the Democrats have no right to see his returns. Acting White House Chief of Staff Mick Mulvaney said Sunday that Democrats would never see them and the American public had already settled the politics of it when they elected Trump.

“They knew they were not going to get these taxes,” Mulvaney said of Democrats. “That is not going to happen, and they know it. This is a political stunt by my former colleagues.”

During a tense exchange before the Financial Services Committee on Tuesday afternoon, Mnuchin wouldn’t commit to what precisely the Treasury Department would do next.

Asked if he would comply, Mnuchin said he would “comply with the law” but stopped short of saying he would commit to handing over the returns.

No matter what comes next, Democrats say they are ready for the fight.

“Let ’em try it,” Pascrell said. “We’re ready. We’re ready. I am smacking my lips on this one, and America should be also.”

This story has been updated with additional developments Wednesday.