At $6.99 a month, Disney+ will start a streaming price war 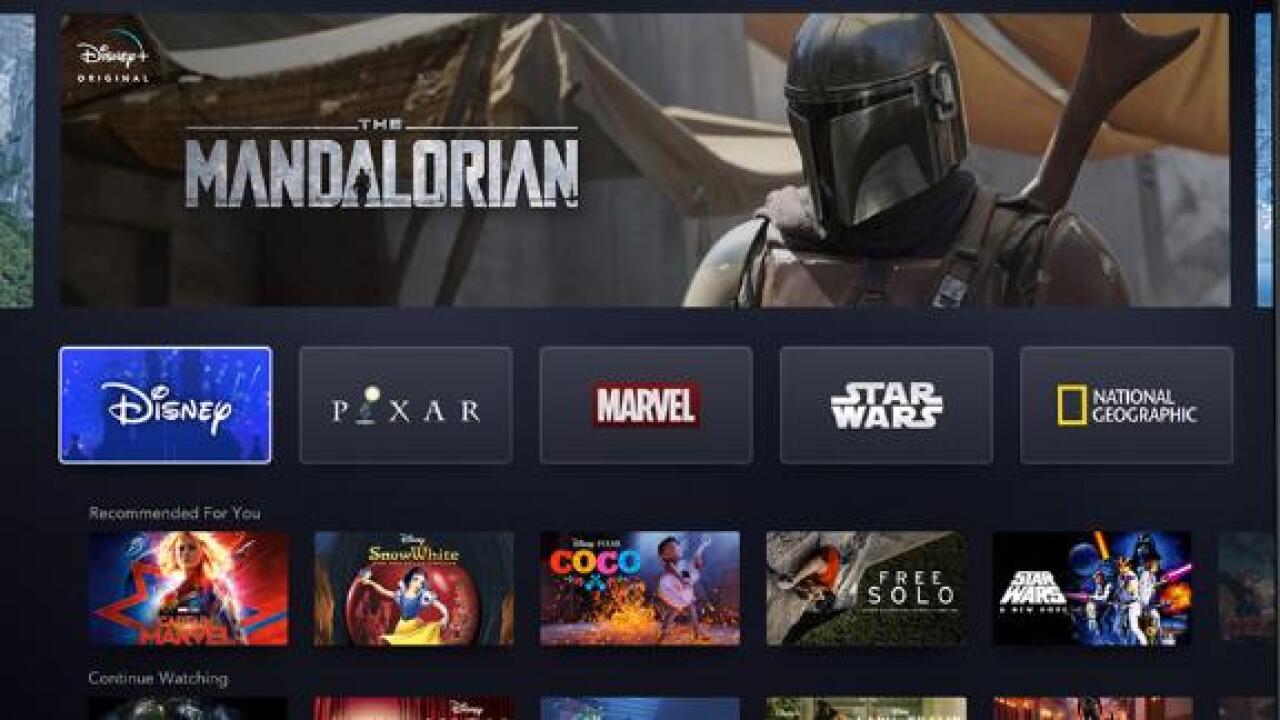 Disney just showed everyone how it plans to beat Netflix: Create an exclusive home for some of the world’s most popular movies, shows and characters, and charge a shockingly low price for it.

The company on Thursday unveiled its long-awaited streaming service, Disney+. It will cost just $6.99 per month — about half the price of a standard Netflix subscription.

Disney+ has already sent waves through the media and entertainment world.

“I’m sure this was a signal to Netflix and everybody else out there that’s charging $4, $5, $6 more than this,” said Trip Miller, a Disney shareholder and managing partner at Gullane Capital Partners. “They’re here to take market share and eyeballs away from the competition.”

Pricing for a ‘fire sale’

At the company’s investor day in Los Angeles, Disney said it expects the new service to have 60 to 90 million global subscribers by 2025. By that year, the company plans to be investing more than $2 billion in cash on original programming.

Those subscriber targets explain why Disney is offering its service at what one expert called a “fire sale” price.

“This is a big meteor dropping into the middle of [the media industry], and it’s going to have ripple effects,” said Larry Downes, project director at Georgetown’s Center for Business and Public Policy. He studies telecommunications and streaming services.

The competition won’t have much time to adjust. Disney+ will be available in the United States on November 12, and it will roll out worldwide over the next few years.

It’s unclear how long Disney will be able to hold to its $6.99 price point. Other streaming competitors, including Netflix, continue to raise prices. But right now, Disney is mostly concerned with gaining customers in a crowded field, so it set its price to accomplish that.

“What they really want to do is buy subscribers and get them hooked on the service,” Downes said.

A library of exclusives

Other than the price, Disney has another killer feature: its content.

Disney executives wasted no time explaining how much content is going to be exclusive to the service. There’s the company’s extensive back catalog of animated Disney movies, including “Bambi,” “The Jungle Book” and “Aladdin.” The service will also have Pixar, Marvel and “Star Wars” films — including the original “Star Wars” trilogy, which suggests the company bought back the rights to those films from CNN’s parent, WarnerMedia.

Disney flaunted a few movies and TV series it picked up when it acquired most of 21st Century Fox, too, including “The Simpsons.” All 30 seasons of the beloved animated comedy will be available on Disney+ from day one.

Disney plans to have more than two dozen original series and several original movies during the platform’s first year of release. Within five years, that number is expected to double.

Disney isn’t just in a battle with Netflix. It’s fighting against Apple, Amazon and AT&T’s WarnerMedia. Some competitors, including Netflix, have pointed out that other forms of entertainment like the video game Fortnite are vying for people’s attention spans, too.

But Disney has some serious advantages over many of its other streaming peers, according to Miller.

Netflix may have a big head start on subscribers, but that service is losing licensed content from former partners, including Disney. Netflix is trying to hedge against those losses by investing billions of dollars in original content, but it’s tough to predict how much staying power that content will have.

“I think it’s pretty hard to just invent brands that everyone is going to love,” he added.

Netflix is also a business that is built on streaming, and its bottom line reflects that. The company is burning through billions of dollars in cash every year as it cements its worldwide foothold.

Disney, meanwhile, has an empire that is built on a lot more than just a streaming service. There are Disney theme parks and Disney Princess branded merchandise. New Marvel and “Star Wars” movies come out every year — since 2006, the company has made $37 billion at the box office, it said Thursday.

“They can miss on this streaming delivery platform,” Miller said. “They can stumble and mess this up for a few years.”

Still, it’s a safe assumption that Disney will market its new service as much as possible. Executives on Thursday repeatedly pointed out that the company’s slate of major theatrical releases, including “Dumbo” and “Frozen 2,” will be exclusive to Disney+ when they are ready for home release.

Disney also has the technological infrastructure in place when the parents of “Frozen”-obsessed children start begging for a subscription. Two years ago, the company acquired a majority stake in BAMTech, which provides streaming video technology. That company, now called Disney Streaming Services, created the infrastructure for Disney+ and its streaming cousin, ESPN+.

“It’s not like they are creating some sort of interface that no one’s ever done before,” Miller said. “I think Disney’s got the technology in place … to satisfy and service the demand.”

A tightrope to walk

Disney needs to strike a delicate balance. It’s essentially telling people that it is holding all of their favorite movies and TV shows hostage for $6.99 a month. That may or may not be a viable strategy.

“Relying on exclusivity as a way to get subscribers is a risk,” Downes said. Putting everything on one platform can close off other sources of revenue.

Licensing shows to Netflix — and its 139 million worldwide subscribers — is a way to generate a lot of income. For example, Netflix reportedly paid WarnerMedia at least $80 million for the rights to stream “Friends” this year.

“You’re trading that income for the expectation of big subscriber growth. That’s the gamble that they are taking,” Downes said of Disney.

Disney also has major relationships with cable companies that it can’t ignore. Downes said that Disney will want to keep its streaming audience as separate as possible from the group of people who subscribe to cable packages, which include Disney-owned channels like ESPN and Freeform.

“If it starts to blur too much, then they have to reconsider,” he added.

“I’m actually not sure this will have an effect on the trajectory of the current bundle,” CEO Bob Iger said.

But it will take some time before the world knows whether Disney’s strategy will succeed. Disney’s streaming ambitions don’t just revolve around Disney+ — there’s also ESPN+, the sports service, and Hulu, which has more adult programming. Disney has majority control over Hulu, but Comcast and WarnerMedia also share ownership.

Disney executives talked Thursday about potentially bundling all three services together for people who want them. But it also set individual subscriber targets, with plans to reach profitability across streaming within five years.

Downes described the current media landscape as a period of “intense experimentation” — one in which all of the major players are forced to participate.

“Can anyone guarantee who’s going to survive or what’s going to work? No,” he added.

For Disney, success might just all come down to execution.

“They’ve got something that everybody wants,” Miller said. “This is all about them getting the delivery right.”