Firefighters - along with members of Nags Head's Fire and Police Departments and other Dare County public safety agencies - responded to a call for a multi-alarm fire at the store shortly after 2 p.m.

Flames traveled to the very top of the building, knocking out the glass in the windows on the top floor.

E-123 stood by for calls at Station 16, while Rehab 12 responded to the scene to perform rehab operations for the crews, according to the Southern Shores Volunteer Fire Department. While on standby, E-123 was dispatched to a minor brush fire but was cancelled en route.

Units were out for nearly three hours. Firefighters say the wind made it difficult to tackle the flames.

Officials say the Christmas Mouse has burned down.

Public safety crews have re-opened one northbound lane of South Croatan Highway in the 2400 block. Sadly, one of our businesses, the Christmas Mouse, has burned down. No other details are available yet. We will post more info as it becomes available.

Many people don't know a Nags Head without the Christmas Mouse.

"As long as I've been around, it's been around, and it's just a real fun, unique place to go into," said Robert Barker, who works next door. "If they don't have it, they can get it if it's Christmas." 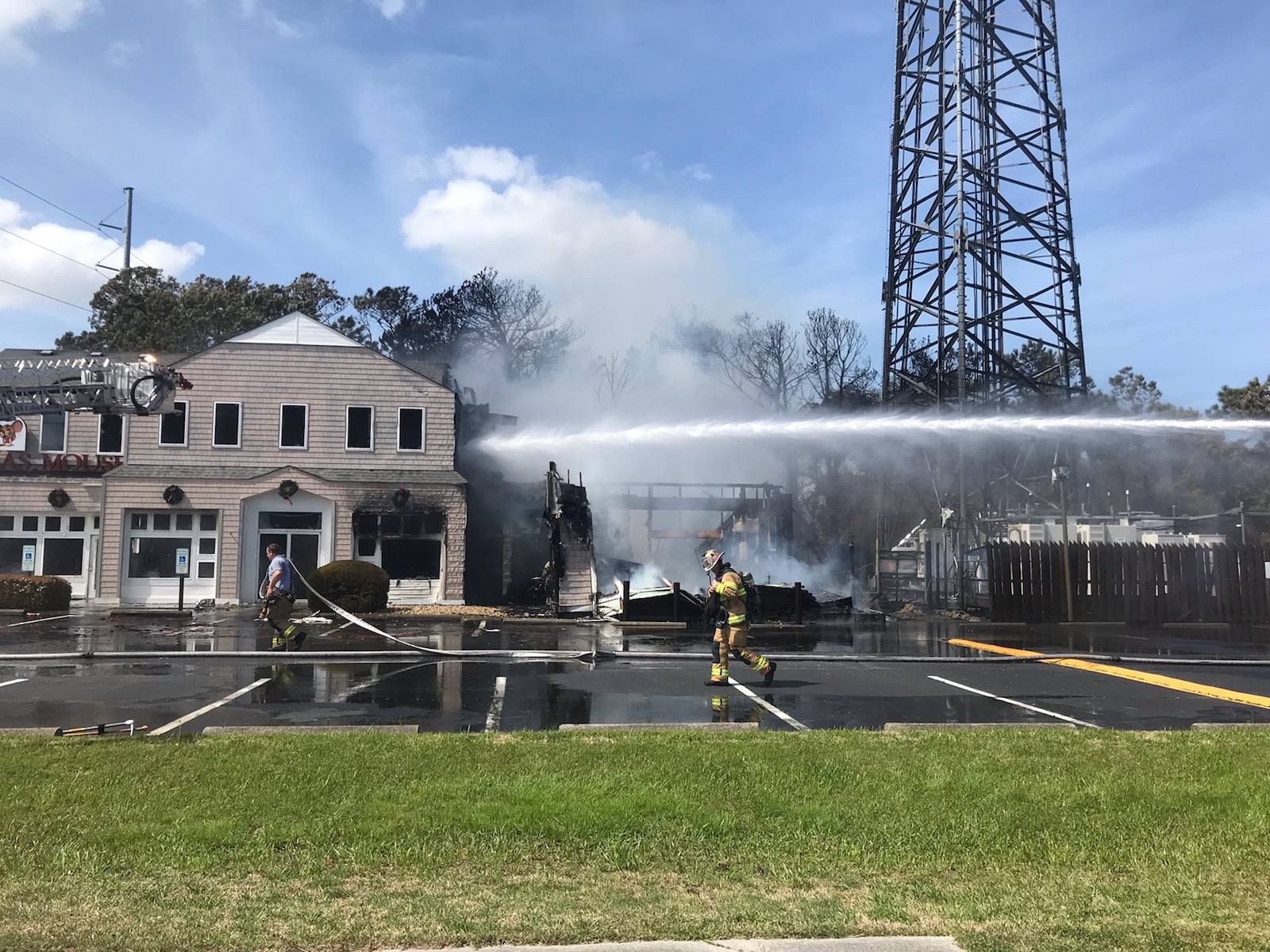 About a month later, a spokesperson with the Town of Nags Head said officials have identified a point of origin and have no evidence that the fire was set intentionally. They did not have the ignition source.

The area of origin has been determined as an outside storage area containing cardboard boxes.