No injuries after Isle of Wight County mobile home fire 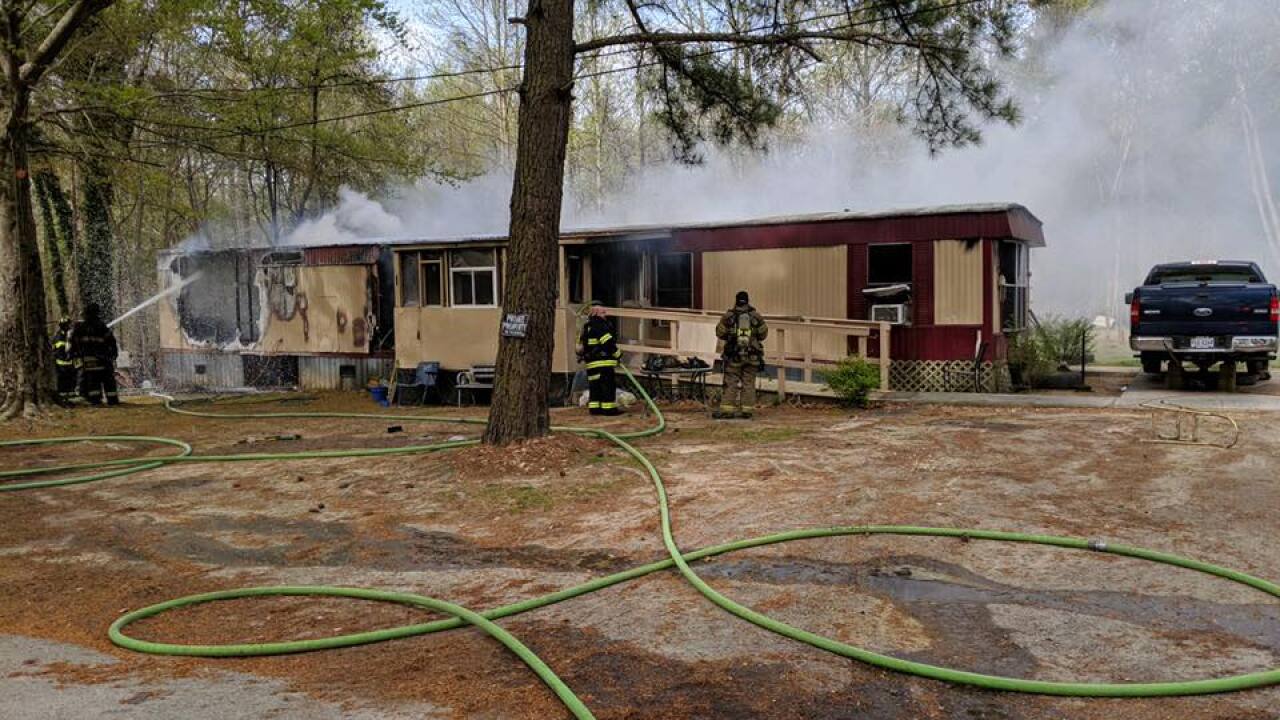 ISLE OF WIGHT, Co., Va. – Firefighters responded to a mobile home fire on James Way in the northern part of Isle of Wight County Friday morning.

Smithfield Volunteer Fire Department Deputy Fire Chief Savage was the first to arrive on scene, reporting heavy flames and smoke showing from the home. All residents were out of the home and accounted for.

An early call for “all hands” brought in many volunteers from the surrounding area. Firefighters made an aggressive attack, which prevented the fire from extending to surrounding structures, vehicles and woodlands.

Isle of Wight County sheriff’s deputies controlled access from Route 10, which prevented unnecessary traffic that could have hindered fire operations while crews worked. Dominion Energy and State Police investigators also responded to the scene to secure power and investigate the cause.

All units were cleared from the scene by 1 p.m. No injuries were reported.