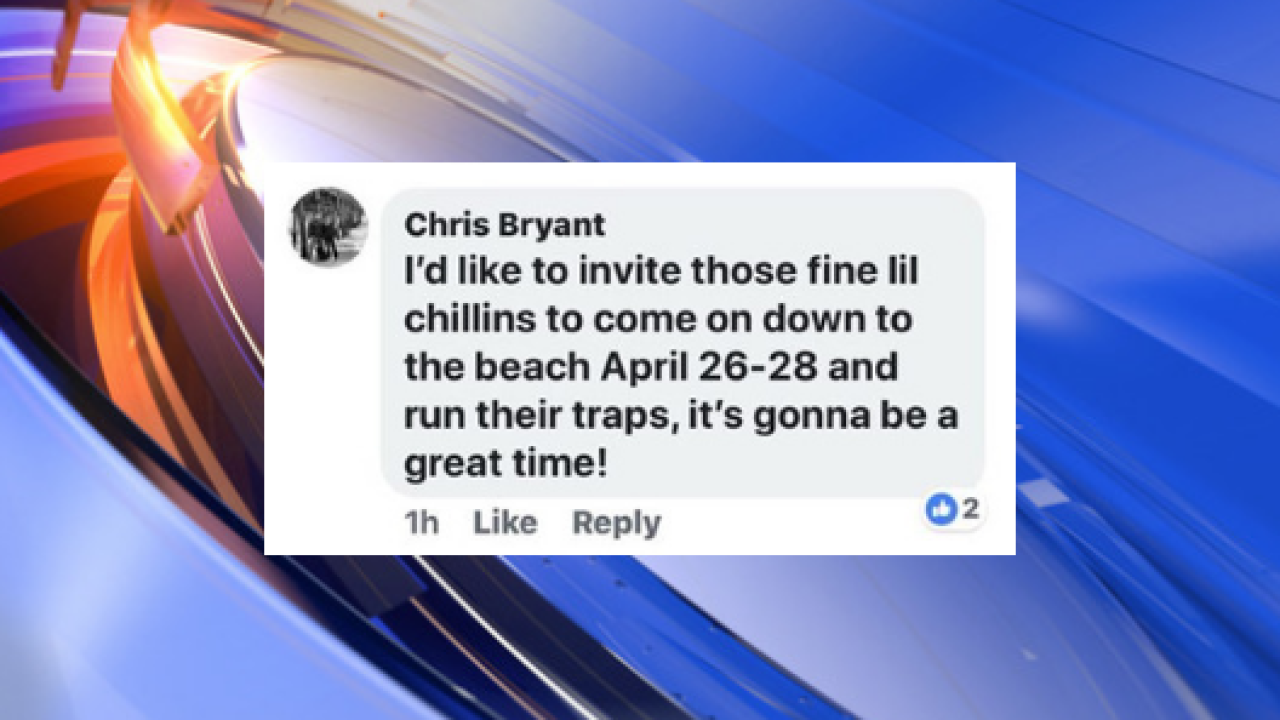 VIRGINIA BEACH, Va. – An officer with the Virginia Beach Police Department is apologizing after a comment he made regarding the upcoming Something in the Water festival.

Master Police Officer P. C. Bryant wrote, “I’d like to invite those fine lil chillins to come on down to the beach April 26-28 and run their traps, it’s gonna be a great time!” in the comments of a Facebook post. Something in the Water will be held over that weekend.

“We have investigated the matter and confirmed that Master Police Officer P. C. Bryant was the author of these comments.  While we believe this behavior is completely out of character for this officer, we assure everyone that corrective action has been taken, and we are confident there will never be a repeat of this type of behavior from him.

“Although Officer Bryant contends it was not his intention to make comments which would be perceived as offensive or contain racial overtones, he fully realizes how they are being perceived, and he is “mortified” to have brought discredit and embarrassment to himself, the Police Department, and the community.

“Officer Bryant takes full responsibility for his actions and has earnestly apologized for using words that were insensitive and demeaning.  Chief Cervera has personally spoken with him and believes Officer Bryant is solemn in his remorse.  Chief Cervera has also personally reached out to key members of the community, including the Human Rights Commission, and they have acknowledged and accepted our actions in concluding this matter.”