WILLIAMSBURG, Va. – A local family went the extra mile to save a cow.

“The alternate was to end up on someone’s plate,” Life with Pigs Farm Animal Sanctuary owner Ryan Phillips explained.

He got four-month-old Winnie the Cooh from a farmer in Pennsylvania.

Unlike a lot of cows, she has a forever home here in Williamsburg.

“She would have either been killed there or sent to auction,” Phillips said.

Before getting comfy at the sanctuary, she was in line to end up in a slaughter house.

“She was born with her back legs kind of dragging to where she would hop around, and I think that’s what of kind saved her life,” Phillips explained.

Phillips said doctors told him the joint socket in one of her legs is empty, so there is no cartilage inside.

“It’s most likely a genetic thing,” he said. 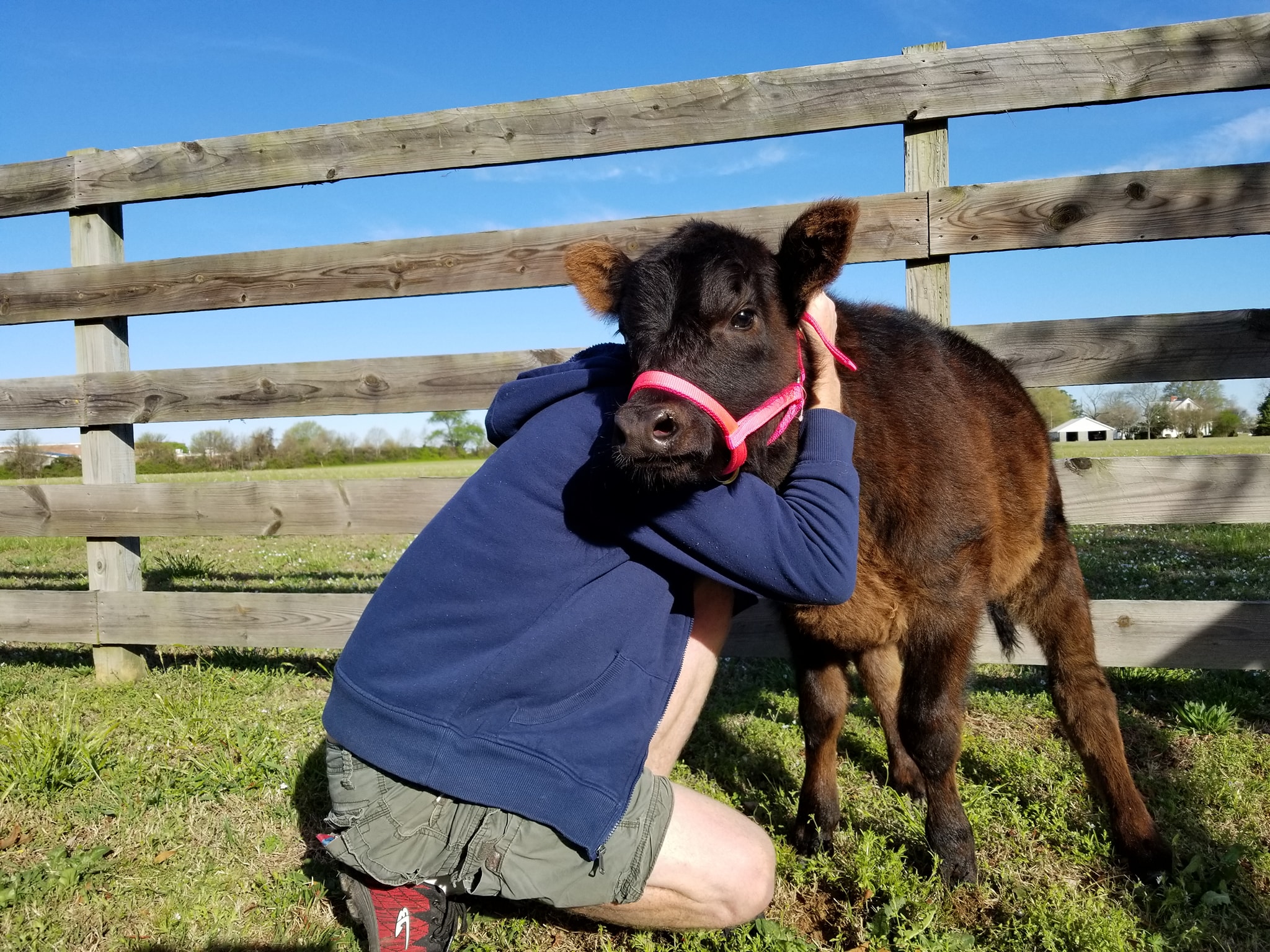 Phillips said that when Winnie first got here about a week and a half ago, she was skittish, but she has gotten a lot more comfortable being around people in that time.

“She definitely is super sweet, loves to be cuddled,” Phillips described as he rubbed her head inside her barn.

Now, he is focusing on giving the 200-pound cow a healthy and normal life.

“We’ve been fundraising for both covering the cost of talking to the vets, having them do X-rays, but also eventually fundraising for the braces or cart or what will end up working for her,” Phillips said.

Phillips said treatment will cost several thousand dollars, but he doesn’t have an exact estimate.

“She doesn’t want to be laying in the barn; like that would be torture,” said Phillips.