After being blinded in a shooting, this man found love on the run 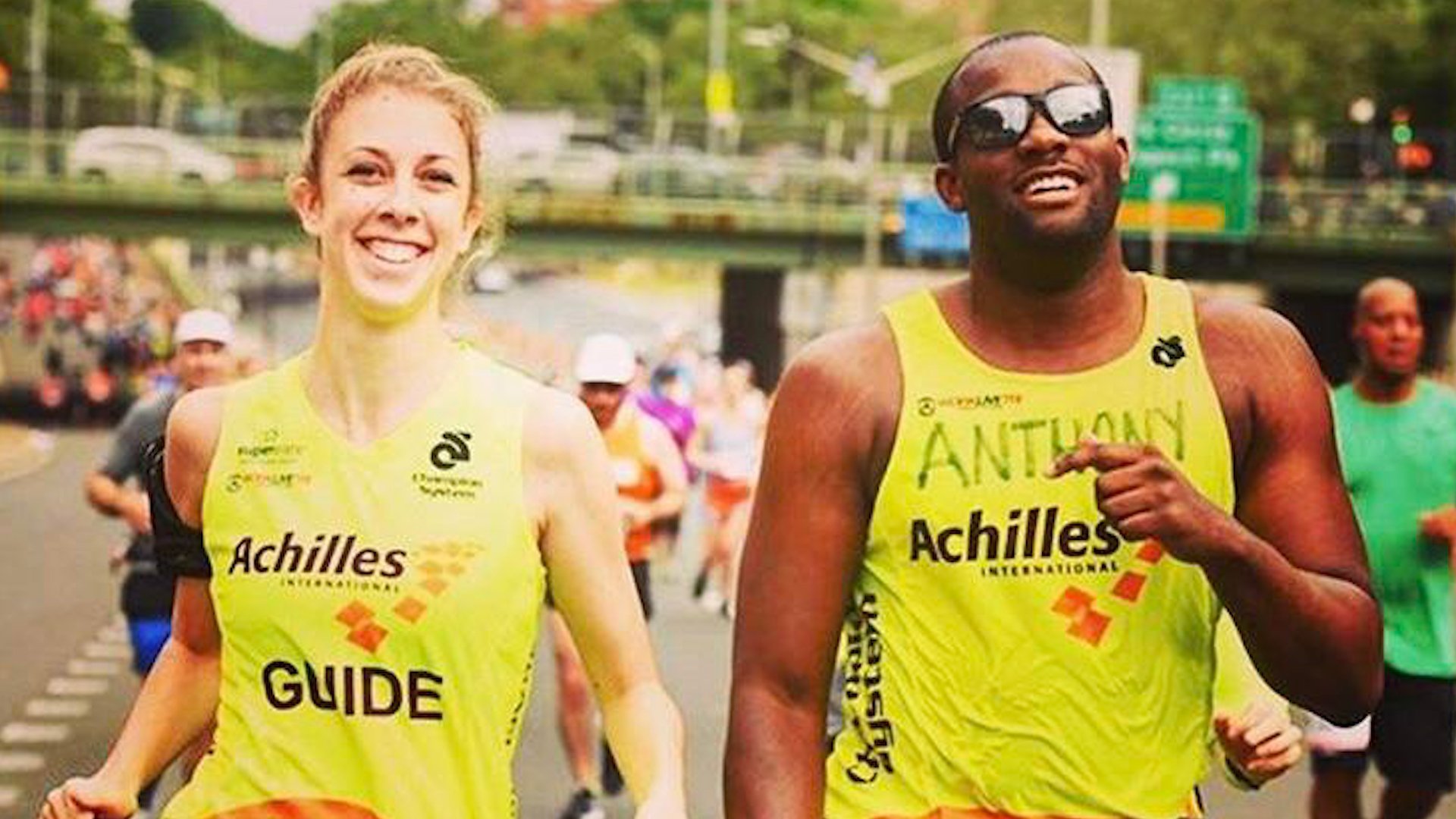 Anthony Butler thought he was a dead man. The born and raised New Yorker was shot in the head on a street corner in the Bronx in September 2008.

In the ambulance, he thought to himself: “Man, this is over. This is how I’m going to die.”

At the time, Butler was a 20-year-old who sold weed and had warrants out for his arrest for skipping court dates. He woke up the morning after he was shot handcuffed to a hospital bed.

But there was hope: the bullet in his brain had taken his vision, not his life.

Butler had a positive attitude, but he still struggled at times to adapt to life as a blind man.

That’s when he decided to get into running, with the help of volunteers at Achilles International, an athletic group that pairs people with a variety of disabilities with running guides.

There, he met Jessie Rix. And his life changed.

Running side by side

Rix, a Minnesota native who in 2015 had just completed her first marathon, spotted Butler at her first meetup with Achilles.

“I remember seeing him when I got there, because he was probably the loudest person there — just having the time of his life and laughing and talking,” she said. “He just seemed like a fun person to go for a run with.”

The two began running together, side-by-side, with a tether connecting them.

Rix guides the run, calling out low-hanging branches or bumps in the road. She also describes their surroundings: “The sun is low in the sky, behind you,” or “We’re passing 79th street, which cuts through the park.”

In the beginning, they always ran in Central Park, where Butler was most comfortable. “He knows every bump in the road; he knows where every water fountain is,” Rix said.

They talked about everything: Running, Butler’s past, Rix’s relationship, which was falling apart.

The two come from what Rix describes as “different worlds. He grew up in the city; she in rural Minnesota.

A friendship take a turn

“I knew that Jessie would be reliable. I knew that she would be selfless and, if she would meet me at 5 a.m. for a run…she’s someone that I can depend on,” Butler said.

Eventually, their friendship evolved into something more.

Today, the two share an apartment in New York, and have run marathons together all over the world: in Paris, Chicago, Washington and California.

Rix has guided Butler by the Seine and past the Eiffel Tower. He’s listened to her descriptions of the US Capitol and the Lincoln Memorial. They’ve sweated it out along the Chicago River.

But learning how to help Anthony took time. When Rix joined Achilles, she didn’t know the best way to guide some of the disabled runners.

“The hardest thing for me… was just understanding properly how to interact with people that are blind or have some other disability,” she said.

Rix had been running by herself for years. Now, with a partner, she focuses on being more present, so Anthony can experience the run with her.

“He’s just happy to be there. For every moment,” she said. “He doesn’t take it for granted.”