Drones are responding to 911 calls in this California city

A woman in a car was ramming a man on a motorcycle, chasing him down the streets of Chula Vista, California. A police drone flew after them, broadcasting a live video feed to officers’ smartphones.

All officers in the department had been out on other high-priority calls when they received the report of two people fighting — so they deployed their newest emergency response tool. Thanks to the footage from the drone, when officers arrived on scene, they knew exactly where to find the woman and man, and what had happened moments beforehand.

They arrested the woman for assault with a deadly weapon, but also found the man happened to be riding a stolen motorcycle. The theft was unrelated to the incident. 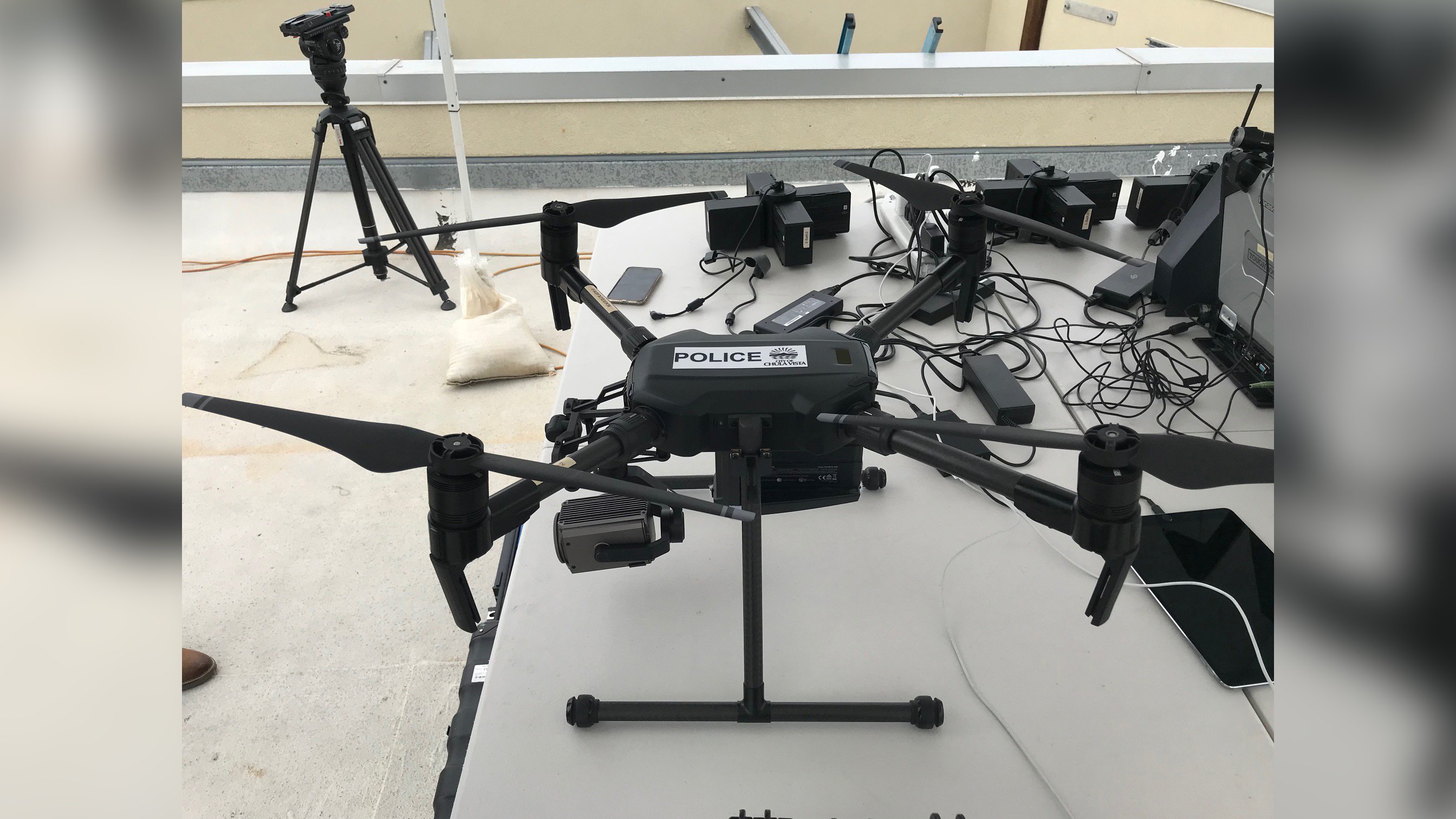 This is how the Chula Vista Police Department has started using drones to respond to calls, as part of a Federal Aviation Administration program. While police departments have already used drones as part of investigations after a crime has occurred, this program sends a drone out ahead of officers while the crime may still be in progress; officers use that footage to decide how to approach the situation.

“It gives someone like myself, the Watch Commander, a front row seat to what’s going on,” said Lt. Christopher Kelly.

Chula Vista Police Chief Roxana Kennedy said the drones had mostly been operating within a limited range of a mile radius around the station, while the whole city is 52 square miles. “That being said, the drone has effectively contributed to several arrests where it arrived on scene first and vectored officers to the suspect,” she said.

How the system works

Directed by an officer sitting in the basement of Chula Vista police headquarters, a drone launches from the rooftop.

On the roof, another officer sets the geo-fence, a virtual geographic boundary set by GPS, to tell the drone where to go.

The pilot on the roof can override the officer directing the drone from the basement if he sees an obstruction, like a flock of birds or manned aircraft, in the way.

Federal law typically allows drones to only be flown within the operator’s line of sight. The FAA’s Integration Pilot Program is letting cities across the United States test flying drones longer and farther, for package delivery, agriculture operations, medical equipment delivery and public safety, among other uses. Along with the city of San Diego, the city of Chula Vista is focusing on the area of public safety operations.

Using an off-the-shelf drone and software from a company called Cape, officers can direct the drone via computer from anywhere.

Kennedy, the police chief, said the drone is not a replacement for police officers, but it is a tool to help improve the safety of both officers and citizens they’re sworn to protect. “It’s a game-changer for law enforcement,” she said.

While a 911 caller may be distraught and may give incomplete or inaccurate information, a drone can get there faster than a police car and zoom in for a closer look.

Kennedy said that the zoom feature on the drone’s camera allows officers to see a license plate from two miles away, and that kind of tool helps them make better informed decisions and plot a smarter strategy.

She said she hopes it could help avoid deadly force incidents — giving officers a chance to assess a situation and to think about how to defuse it before rushing onto the scene.

“I think that this is so vital for us in law enforcement right now as we’re under tremendous scrutiny,” she said. The drones could give the officers “real-time information to determine whether somebody actually does have a weapon in their hand, is it not a weapon, is it a pencil, is it something different?”