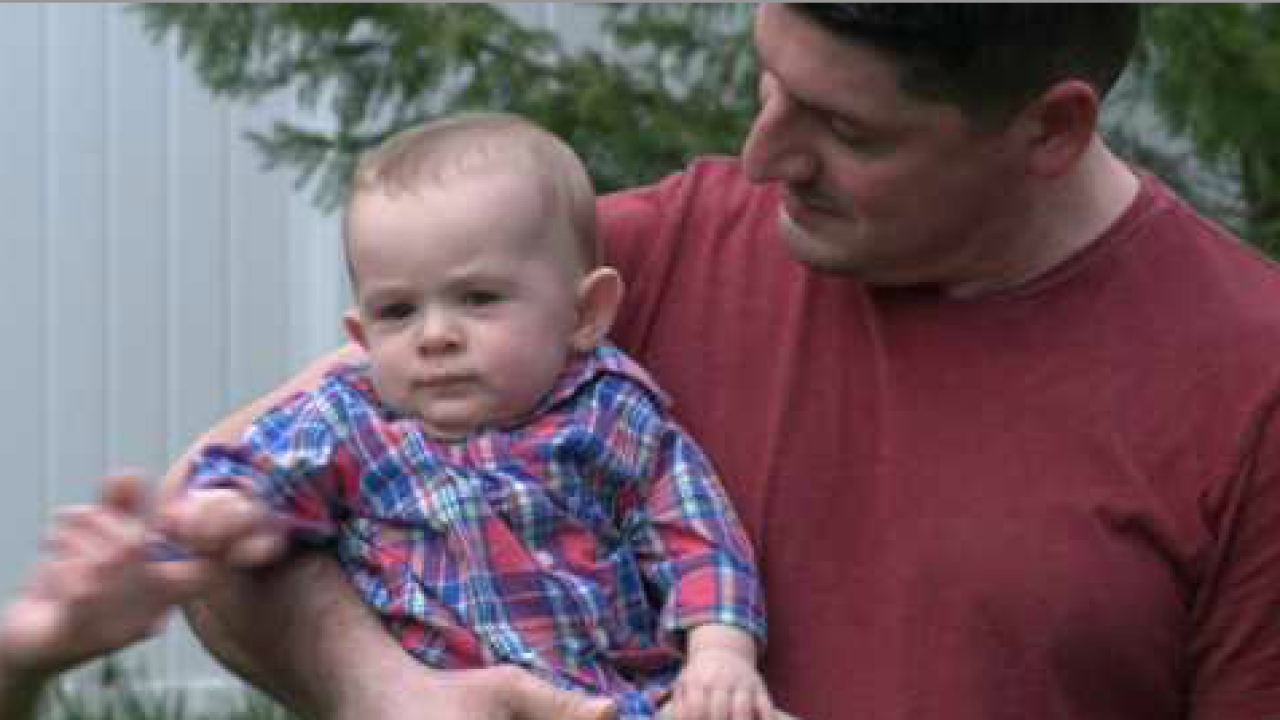 VIRGINIA BEACH, Va. – 8-month-old Jackson Dermatis lives with a rare bone marrow disease and has been fighting for his life since he was born.

“We only leave for doctors appointments and he gets blood transfusions every three weeks to survive so we go to the hospital for that and the hospitalizations when he gets sick,” said Jamie Dermatis, the boys mother.

He gets daily shots to stimulate his own bone marrow but they’re not working anymore.

“Just a simple cough or sneeze might carry a germ to him that could land him in the hospital or even kill him,” Jamie explained.

Less than two weeks ago he was in a hospital, with a fever, fighting for his life.

“He’s at the age where he’s becoming more aware of his surroundings so living inside all of the time and keeping him in a protective bubble is getting more difficult,” said Jamie. “Last week there was a lot of the neighborhood kids playing and we watched from the window.”

Jackson’s struggles may soon have some relief. The family is heading to Cincinnati next month so Jackson can get a bone marrow transplant.

It’s the reason why the family is so passionate about telling people to check if they can become marrow donors.

“It’s just a simple cheek swab they don’t even have to draw your blood,” said Jamie.  “I encourage everyone that we talk to to get on the registry because you could potentially save Jackson’s life or any child’s or adult’s life.”

As for Jackson, nothing is guaranteed but the future is looking much brighter.

“I think about a year from now, next summer, we could be out in the backyard playing with Jackson. We could be having a barbecue with friends. He can finally meet his family members,” Jamie said hopefully.

If you’d like to see if you can be a bone marrow donor, you can click here, and they will send you a packet in the mail.

The Dermatis family is also looking for help to pay for Jackson’s medical expenses. You can click here to donate to their GoFundMe page.