Watch: Campus safety officers pin black university student down when he refuses to show them ID 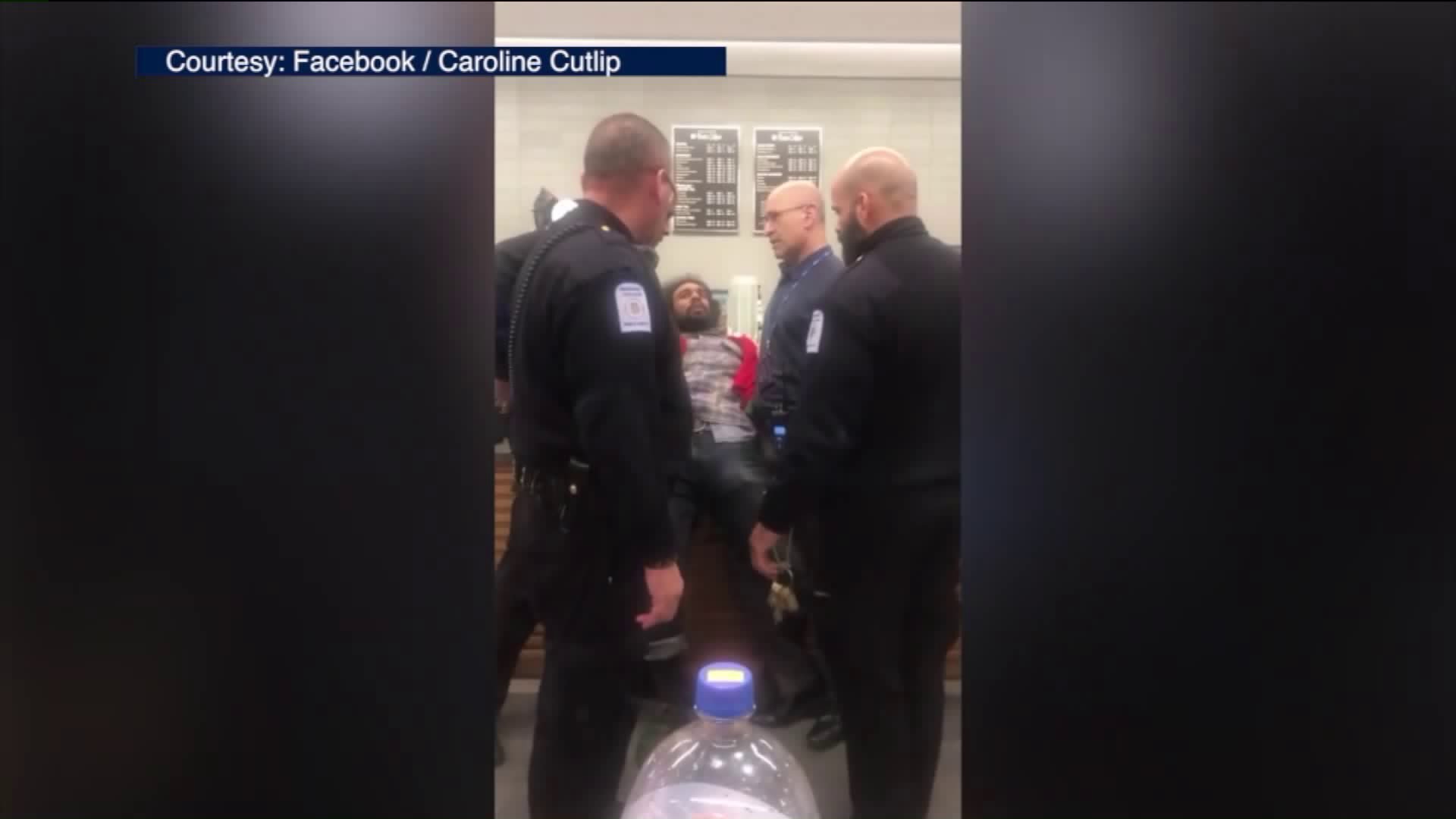 Barnard public safety has put the six officers involved on leave and is hiring an independent investigator.

Barnard and Columbia universities share facilities, and students often move between the campuses on opposite sides of the street.

Alexander McNab was doing just that when he went to Barnard's Milstein Center for Teaching and Learning Thursday evening and ended up having a conflict with officers.

“I saw that someone had posted about an hour ago about there being some food at the Milstein Center,” McNab said. “So I decided to come over to Barnard's campus to see if there was any food left."

School policy dictates that anyone entering Barnard needs to show an ID after hours, but this policy is reportedly rarely enforced for what students.

When he refused to show his ID, the officers held him down.

"There were other people, even people that we talked to that night, and also there was a listening session held the day after, some students spoke who said they came in after I did and were not stopped by anybody," McNab said.

Barnard Public Safety has put the six officers involved on leave and is hiring an independent investigator.

In a statement they said, in part:

“It is protocol for an officer to be placed on administrative leave during a pending investigation and it is our policy for anyone entering our gates after 11pm to show identification.

We are taking this very seriously and look forward to further engaging the community on this topic. Barnard values inclusivity and is committed to ensuring a safe, respectful, and welcoming place for each and every member of our community, regardless of race, religion, ethnicity, gender identity or expression, sexual orientation, or national origin.”

McNab has a different term for what's happening with the officers: paid vacation.