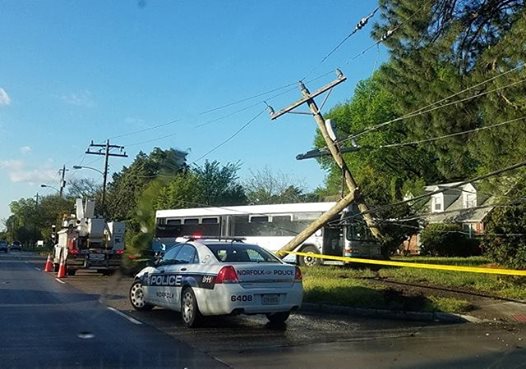 NORFOLK, Va. — Officials are saying a bus driver who became “disoriented while driving” crashed an HRT bus into a power pole on 18th Street near Granby Street, causing power

The reason for the bus driver’s disorientation was not given, but officials say the driver has been taken to a hospital.

Dominion Energy is on scene and is looking into the issues with the downed power lines in the area. They say 129 customers are without power due to the crash.

City workers are at the scene trying to remove the bus that stopped in a residential yard once it struck the power pole.