New Zealand nurse kidnapped by ISIS in 2013 may still be alive, ICRC says 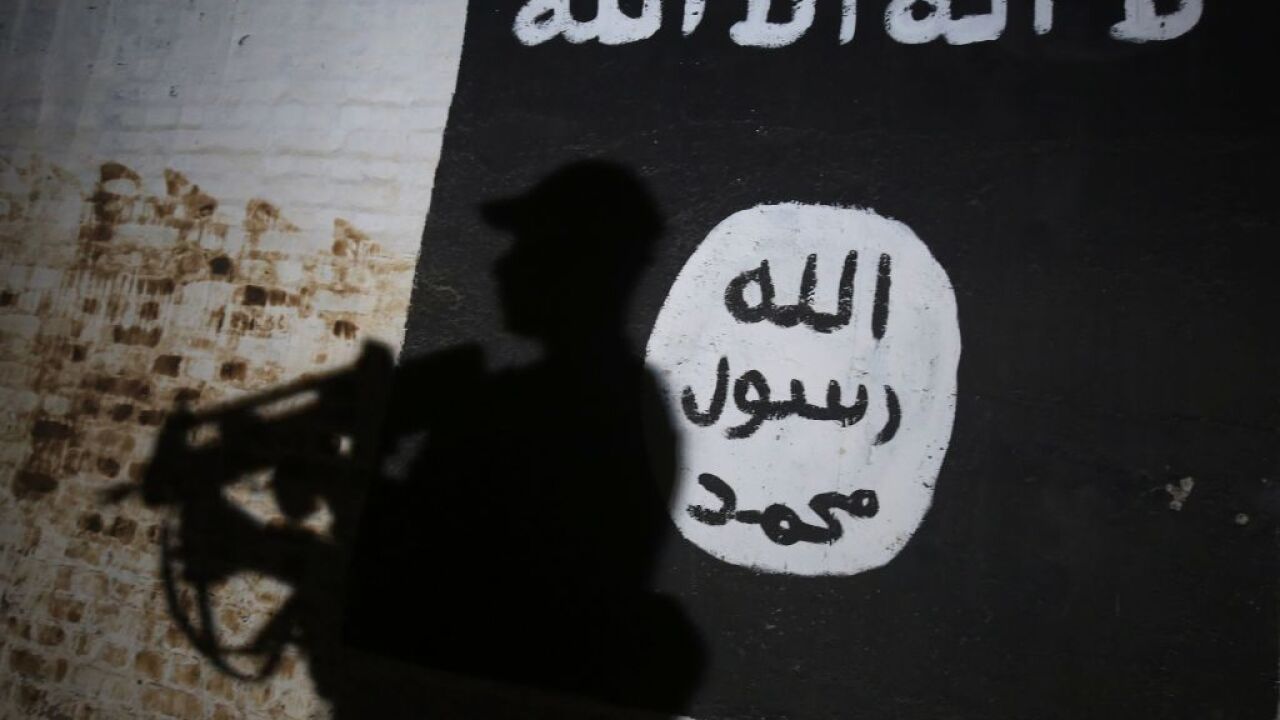 TOPSHOT – A member of the Iraqi forces walks past a mural bearing the logo of the Islamic State (IS) group in a tunnel that was reportedly used as a training centre by the jihadists, on March 1, 2017, in the village of Albu Sayf, on the southern outskirts of Mosul. Iraqi forces launched a major push on February 19 to recapture the west of Mosul from the Islamic State jihadist group, retaking the airport and then advancing north. / AFP PHOTO / AHMAD AL-RUBAYE (Photo credit should read AHMAD AL-RUBAYE/AFP/Getty Images)

A New Zealand nurse kidnapped by ISIS while working in Syria in 2013 may still be alive, the International Committee for the Red Cross (ICRC) revealed Sunday.

Louisa Akavi, 62, and Syrian ICRC drivers Alaa Rajab and Nabil Bakdounes, were abducted while delivering medical supplies to Idlib, in northern Syria, in October 2013. Four other members of the convoy who were abducted by ISIS were released.

The aid group had kept Akavi’s name secret in a bid to keep her alive, working behind the scenes to try to secure her release.

The ICRC said its last “credible information” regarding Akavi’s well-being came in late 2018, but it had never been able to ascertain the fates of Rajab or Bakdounes.

Dominik Stillhart, director of operations for the International Committee of the Red Cross, said that the organization believed that she continued to provide medical care, even while in captivity.

“There is obviously much we don’t know about Louisa’s day-to-day life in recent years. We know that she is a nurse who has been held by (ISIS),” a statement reads.

“We know that she has provided medical care to people in the community where she was held. Even as a captive, she remained consistent with her humanitarian roots as a nurse in a conflict zone helping people in need.”

The fall of the group’s so-called caliphate in late March provided an impetus to make the search public, the statement said.

“Following the fall of the last territory held by Islamic State group, we fear there is an extra risk of losing track of Louisa, though we remain hopeful this period will instead open new opportunities for us to learn more about her whereabouts and well-being,” Stillhart said.

“We call on anyone with information to please come forward. If our colleagues are still being held, we call for their immediate and unconditional release.”

In a short video statement, family spokesman Tuaine Robati said they remained concerned for her but also spoke of their pride in her work.

“Our family misses her very much and is concerned for her safety. Louisa is an incredibly experienced nurse and aid worker who knew the risks of her job. Our family is very proud of her.”

The 62-year-old humanitarian has worked with the organization since 1987, according to a post on the New Zealand Red Cross site, and is the recipient of the Florence Nightingale Medal, described by the ICRC as its “highest honor, awarded to nurses that demonstrate exceptional courage and devotion to victims of armed conflict or natural disaster.”

Her mission to Syria was her 17th field mission with the organization, New Zealand Red Cross Secretary General Niamh Lawless said at a press conference on Monday.

In addition to Syria she had been deployed to countries including Somalia, Bosnia Herzegovina, Sri Lanka, Ethiopia, Iraq and Afghanistan.

Akavi has “dedicated her life to those affected by war and violence, and she went to Syria because people needed her,” according to Lawless, who described her colleague as “highly skilled, compassionate and resilient.”

She is a “friend, a colleague and a mentor” who wanted to “use her skills to make a difference for some of the world’s most vulnerable people,” she added.

She has now been held captive longer than anyone in the 156-year history of the ICRC, Stillhart said.

On Monday, New Zealand Foreign Affairs Minister Winston Peters said his government had worked since 2013 to locate and repatriate Akavi.

“There has been continued commitment every step of the way over these years to ensure everything possible was being done without jeopardizing Louisa’s safety,” he said. “That has been, and remains, paramount in progressing efforts to find her.”

He said that part of the efforts had involved a “small multi-agency team,” which included members of the New Zealand Defense Force’s Special Operations Force.

“Personnel have visited Syria from time to time as required. This noncombat team was specifically focused on locating Louisa and identifying opportunities to recover her,” he said.

“We have now reached a point where all the territory once held by ISIS has been liberated. Unfortunately the current whereabouts of Louisa is unknown. However, the New Zealand government continues to work tirelessly to locate her and bring her to safety.”

New Zealand Prime Minister Jacinda Ardern told journalists at a post-cabinet press conference that she would not make any comment despite the ICRC publicly naming Akavi for the first time since she was taken hostage in 2013, reiterating in a brief comment the government’s position that she should not have been named.

“It absolutely remains the government’s view that it would be preferable if this case was not in the public domain. For that reason I will not be commenting further on it,” Ardern said.