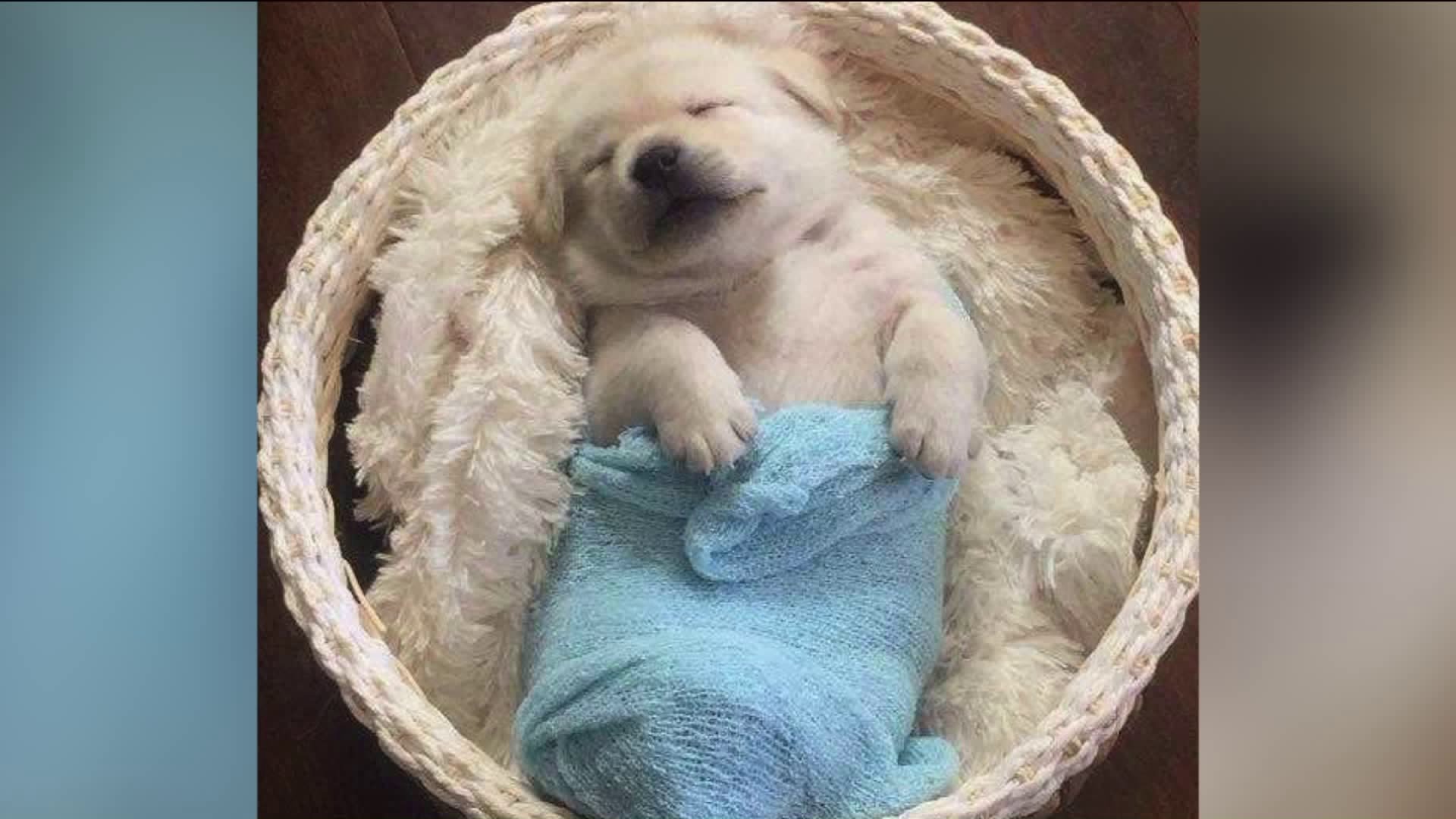 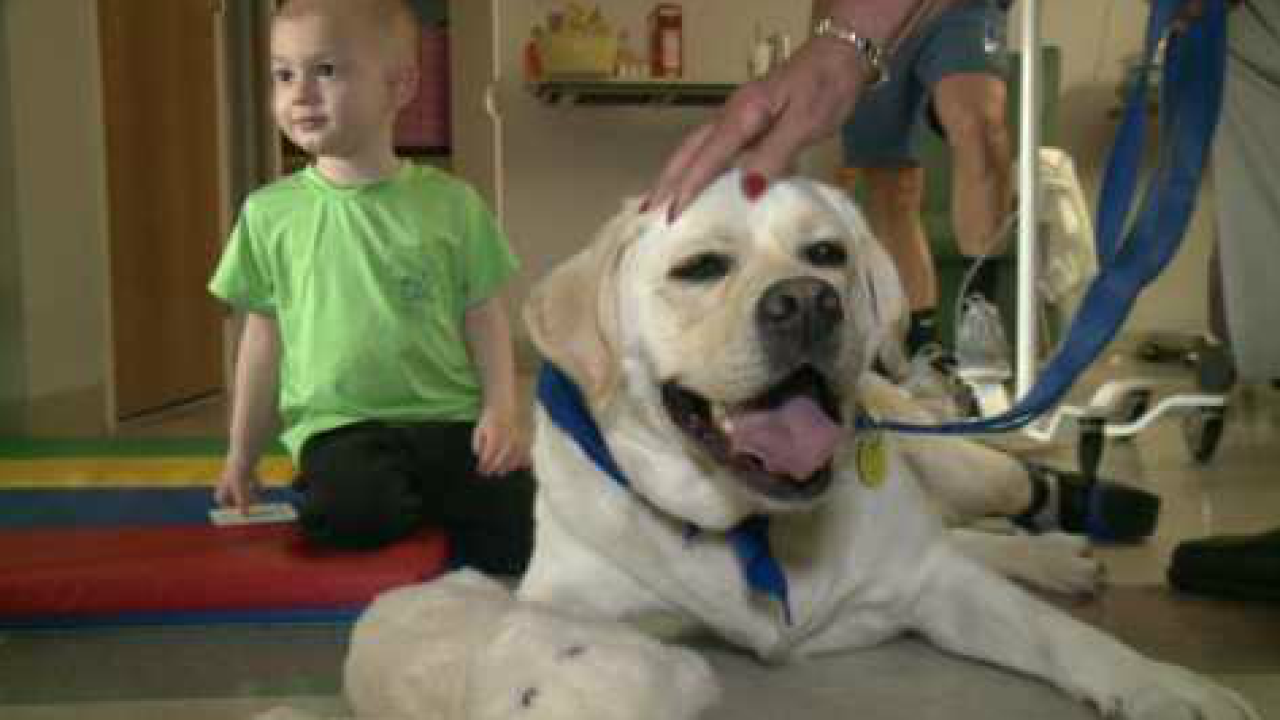 SMITHFIELD, Va. - One three-legged dog has a much higher calling than the struggles he faced at birth.

"When he was born, nobody wanted him except my grandparents,” said 9-year-old Kinsley Reper, talking about her grandparents, Tom and Suzy Brett.

Suzy Brett says that their dog, Captain, was born with the umbilical cord wrapped around his leg and when her daughter took him to the emergency vet, they wanted to put him down.

The Bretts wouldn’t have it. They nurtured him, had him fitted for a prosthetic leg and named him Captain Morgan, just like the pirate!

“It taught my two grandbabies what it was like to nurture something that wasn’t perfect, and he’s become the perfect animal," Suzy explained.

Three years after Captain Morgan was born, he became a certified therapy dog.

News 3 tagged along with Captain and his family on a visit to Children’s Hospital of the Kings Daughters. 3-year-old Cameron Gular came out of his room to greet Captain.

The therapy dog gave Cameron’s parents another reason to smile. Cameron's leukemia is in remission, and he is at CHKD to get an immune system boost.

With the help of two very special people, Captain Morgan is able to bring smiles to those who need it most.

That’s why News 3 surprised Tom and Suzy Brett with a People Taking Action Award and a $300 Visa gift card from our community partner, Southern Bank.