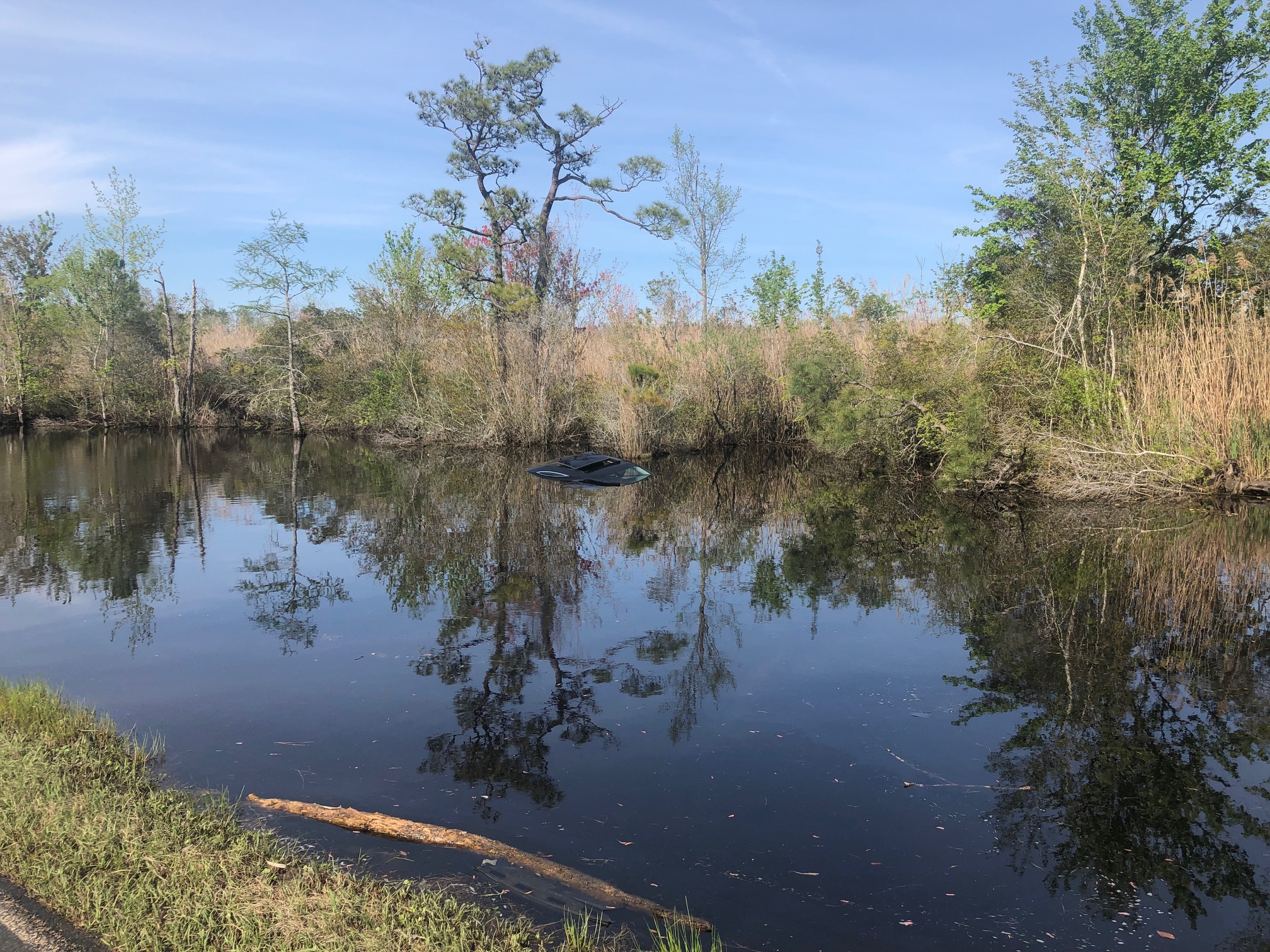 CURRITUCK, N.C. – Officials responded to a scene where a 29-year-old driver lost control of her vehicle and it became submerged in a canal in the 400 block of Poyners Road.

The depth of the canal is at least five feet, according to Currituck County Fire. The vehicle floated about 15 feet across the canal and started to fill with water.

The occupant who stated they couldn’t swim exited the vehicle through the sunroof. U.S. Coast Guard Chief Warrant Officer Jeff Brundage of Currituck was driving home when he spotted the woman on the roof of the vehicle.

She was in a state of panic because she couldn’t swim. Brundage entered the 50 degree water and swam to the vehicle, safely bringing the woman to shore as first responders were arriving on scene.

Brundage stated he believed the water was only five feet deep however, he could not stand because the bottom was too silty.

The driver was not injured. She was assessed by Currituck County EMS and refused treatment. Currituck’ Sheriff’s Office is investigating the accident.