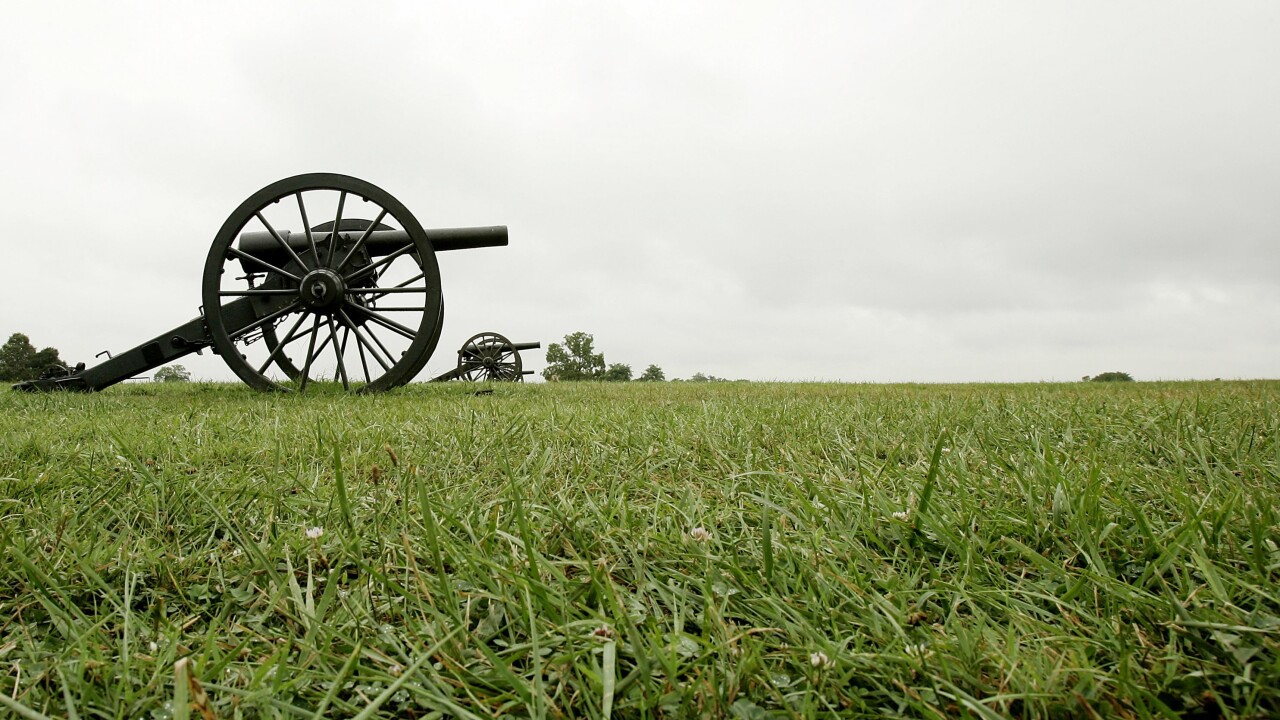 MANASSAS, VA – AUGUST 9: Cannons sit at the Manassas National Battlefield Park August 9, 2005 in Manassas, Virginia. It was the scene of two major Civil War battles between the armies of the North and South in 1861 and 1862. The “Journey Through Hallowed Ground” Corridor, which encompasses a 175-mile-long stretch of land from Gettysburg, PA to Monticello, VA, has been recognized by national historians as the region that holds more American history than any other place in the country. The land is imminently threatened by suburban sprawl, according to the recently released study by the National Trust for Historic Preservation in its annual list of America’s most endangered historic places. (Photo by Alex Wong/Getty Images)

The Virginia Board of Historic Resources approved seven new sites for listing on the Virginia Landmarks Register.

The sites — in Alexandria, Portsmouth and Richmond, as well as Lee, Mecklenburg and Rockingham counties — are chosen due to historical, architectural, archaeological or cultural impact on the state.

The Whittle’s Mill Dam in South Hill, constructed around 1756, used currents from the Meherrin River to propel grain and saw mills. Portions of the earliest sections of the dam are still visible on the river.

Rockingham County’s Silver Lake Historic District centers around a large mill pond created around 1822, and spans 104 acres. It was settled by English and Scots-Irish during the 18th century and German Baptist Brethren during the 19th century, and is now listed on Virginia’s Civil War Trails.

Portsmouth’s Abigarlos is a rural residence that stands on a remnant of its original farm acreage, dating back as far as 1812. It is associated with Channel, the first female architect registered in Virginia, who helped preserve the home.

Lee County’s Duff Mansion House was built around the Civil War era, and retains an abundance of its historical woodwork and locally-sourced building materials. On the property are two prehistoric archaeological sites with the possibility to provide information about indigenous life during the Archaic and Middle Woodland periods.

Richmond’s Rosedale Lodge began as a four-room brick farmhouse in the early 1800s, but was remodeled and enlarged in 1895 to serve as a clubhouse for the Deep Run Hunt Club.

Also in Richmond, the Manchester Trucking and Commercial Historic District still features many original buildings from the mid-20th century, and evolved as a hub of commerce and industry from as early as the 18th century.

Alexandria’s Swann-Daingerfield House was originally built in 1800 for Thomas Swann, a U.S. Attorney for the District of Columbia. It later served as St. Mary’s Academy, a private Catholic secondary school for girls, and was expanded with two annexes. The Alexandria Hospital School of Nursing then purchased the property in 1943, and it served as a dormitory for nurses until 30 years later.

According to the Virginia Landmarks Register, listing a property in the state or national registers is honorary and sets no restrictions on what a property owner may do with his or her property. The designation is first and foremost an invitation to learn about and experience authentic and significant places in Virginia’s history.