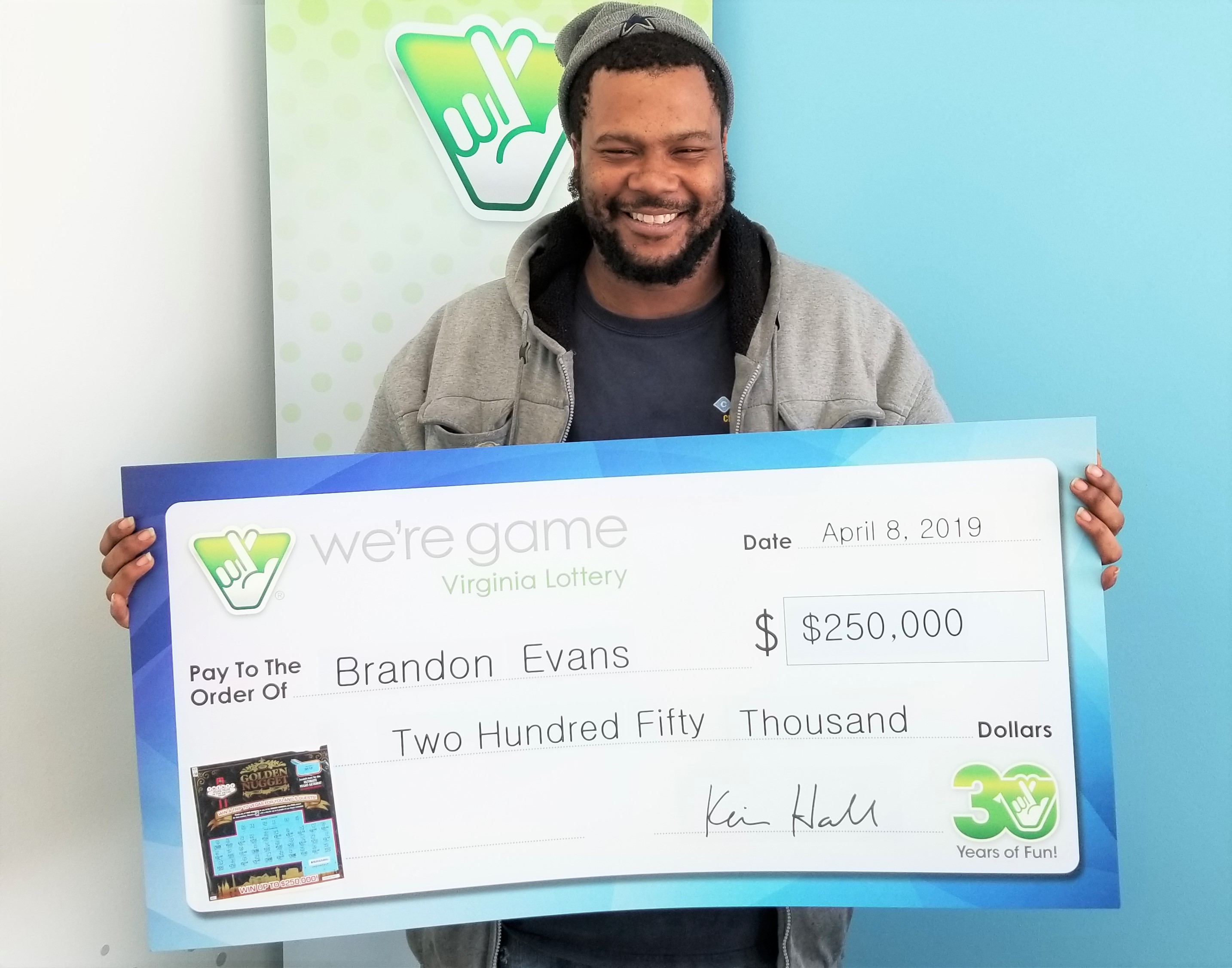 Brandon Evans of Norfolk struck gold by winning $250,000 in the Virginia Lottery’s Golden Nugget game. He had gone to the 7-Eleven on W. Ocean View Avenue intending to buy a Powerball ticket, but instead he played the Golden Nugget game and won the top prize.

Golden Nugget is a game featuring cash prizes and instant-win trips to Las Vegas. Additionally, players can enter non-winning Golden Nugget tickets in the Ultimate Vegas Getaway drawings for a chance to win one of two additional Las Vegas trips.

Evans said he has no immediate plans for his winnings except to take care of his two young daughters.

In Virginia Beach, Maria Imperial wanted to try something different for her birthday. So, she played the Virginia Lottery’s Cash 5 game for the first time – and won the top prize!

She matched all five winning numbers in the April 1 night drawing. She bought the winning ticket at 3673 Virginia Beach Boulevard and used Easy Pick to allow the computer to randomly select the numbers on her ticket.

Imperial said she has no immediate plans for her winnings expect to pay bills and possibly renovate her kitchen.