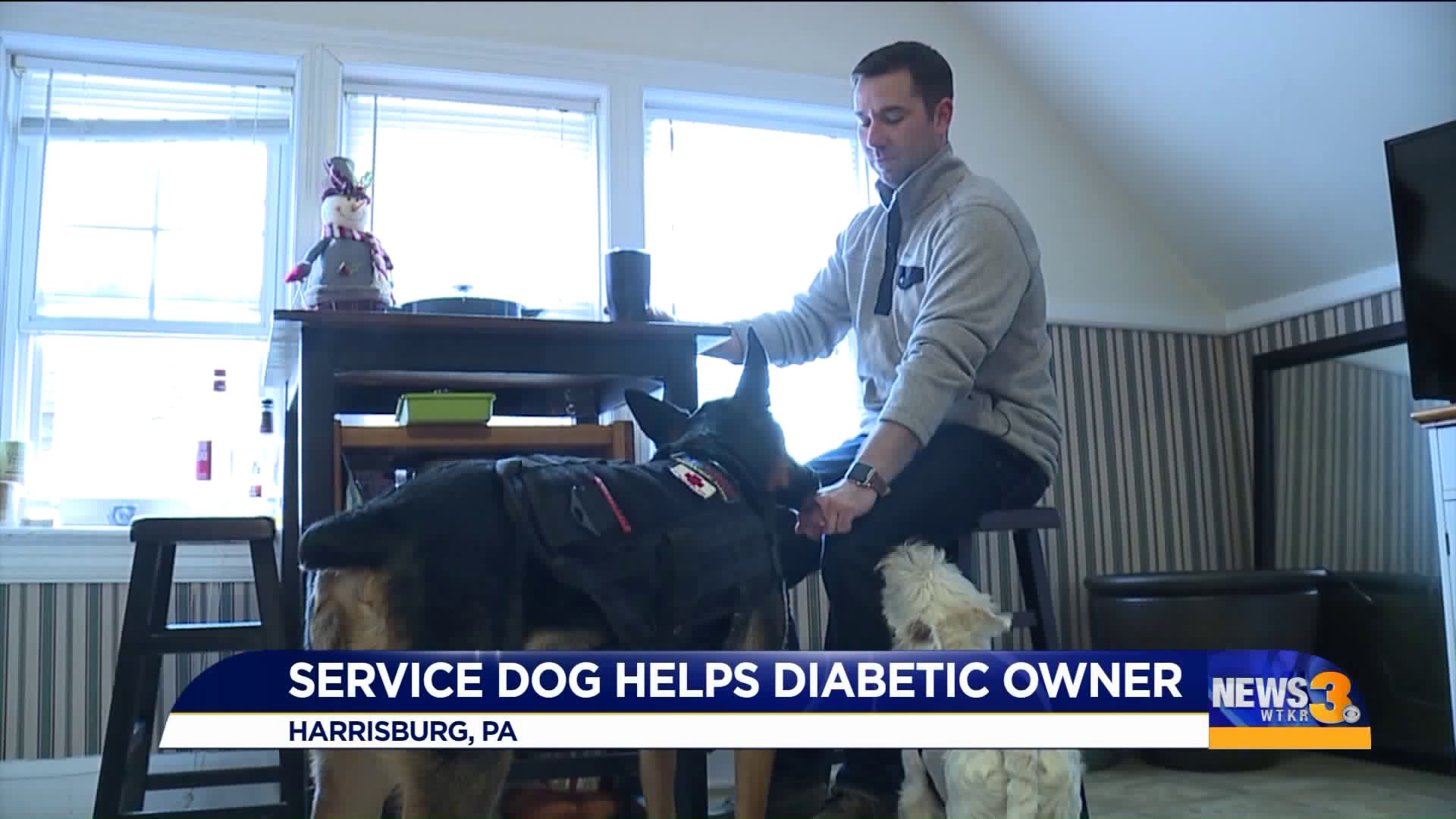 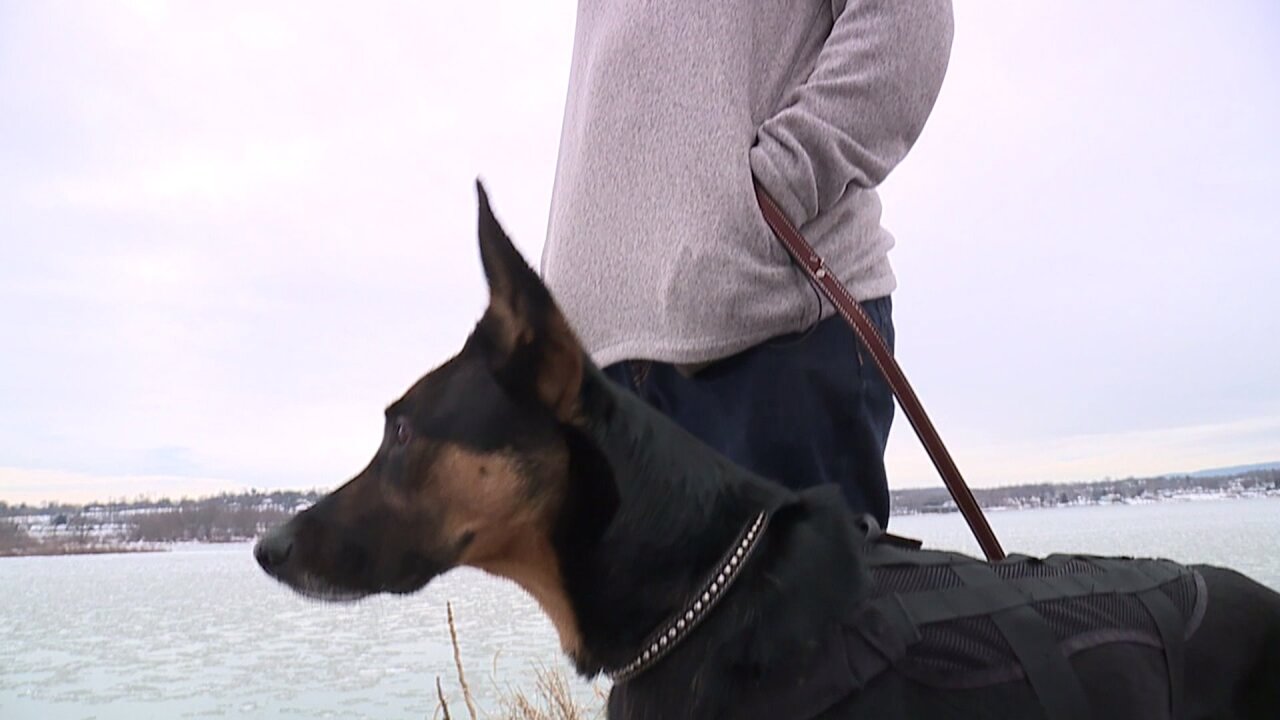 HARRISBURG, Pa. - For the past 8 years, Brenton Tague has had a walking buddy, his dog Peyton. Even though he's not always this cooperative, Tague can't complain; after all, Peyton is more than this man's best friend.

"I actually found Peyton in West Virginia," Tague told WPMT. "He's a Doberman/German Shepherd mix. He was actually getting prepped to get euthanized when I got my first email for Peyton at three months old. And then it was all history after that."

Tague was diagnosed with type one diabetes at 23 years old. Peyton, his service dog, knows if his blood sugar is low (below 70) or if it's extremely high.

"So, he was trained using saliva," Tague said. "That was a big one. So when I was going low, they would take saliva samples and train him to trigger towards that."

It took two years for Peyton to be fully trained using different smells, but now he alerts Brenton.

"When he detects a low he'll actually lick my hands," Tague said. "Like heavy licking. It's not just one lick, ya know, like a dog comes and licks your hands. He won't stop. Even in my sleep, he'll do it. He'll go to my face if I don't get up in my sleep."

And though Brenton has a continuous glucose monitor - or CGM - that gives him a constant reading of his blood sugar, the decision to get Peyton was really a safeguard for when he's sleeping; worried if he dropped too low and no one was there, WPMT reported.

"As bad as it sounds, it allows me to be more aggressive with my insulin control," Tague said. "Especially when I was living alone like when I would take insulin at night, I might not take as much as I would need to because I wouldn't want to go low during my sleep. Where if I know Peyton was there, I could take the insulin as needed because it wouldn't be as big of a concern for myself."

If a diabetic's blood sugar does drop too low, they can have a seizure, and in extreme cases, suffer brain damage that can lead to death. But Brenton is in control of his diabetes.

"I'm not going to lie; I'm a dog person, so it's nice knowing that he's always there," Tague said. "Any trip I go on he gets to go, he goes to work with me every day. It's just nice."

And a diabetic service dog's services don't stop there. Some dogs can even be trained to alert parents, if their child is high or low.

The closest place to get a service dog trained in diabetes is in Chester County. For more information, visit Canine Partners for Life.