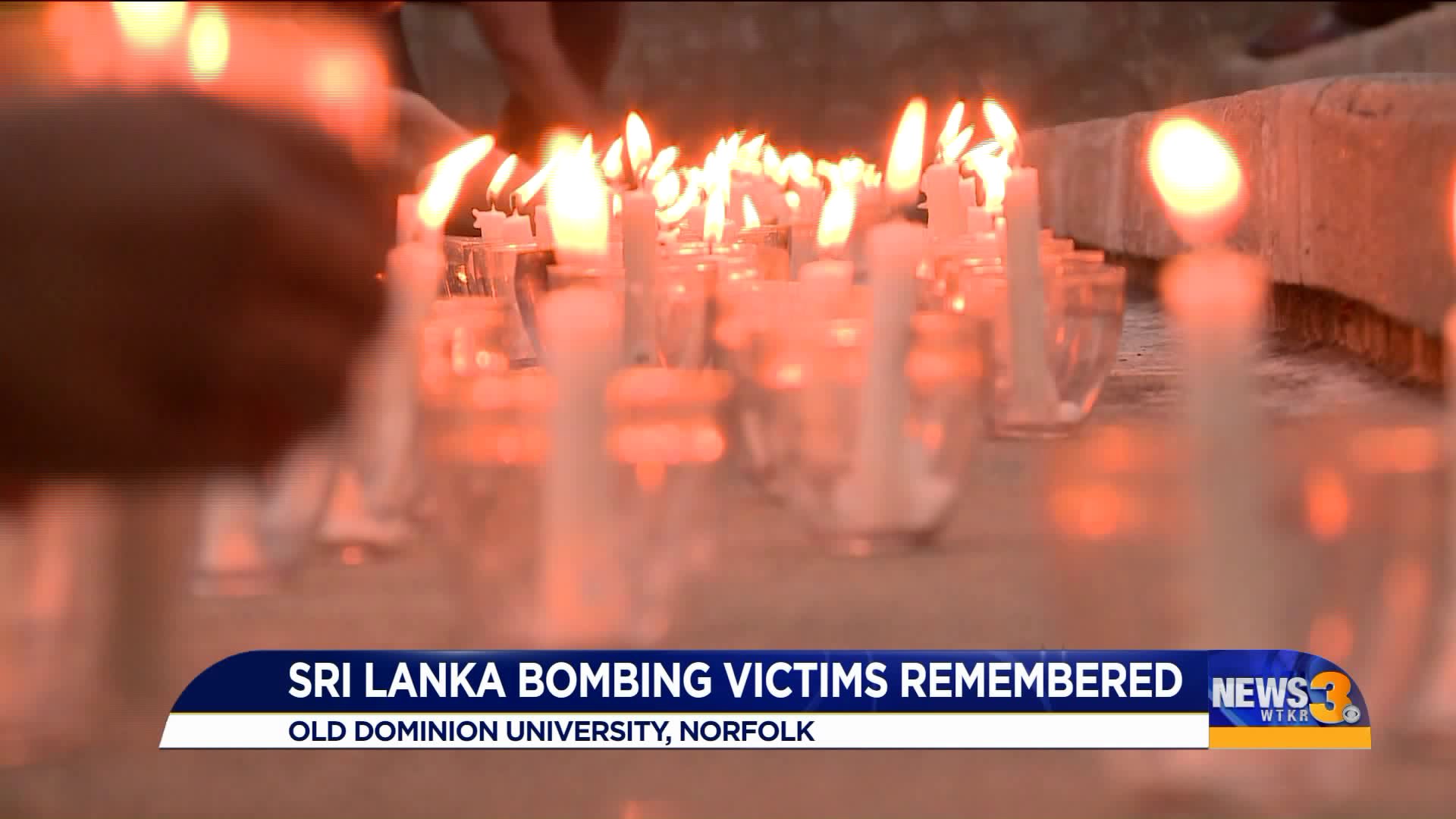 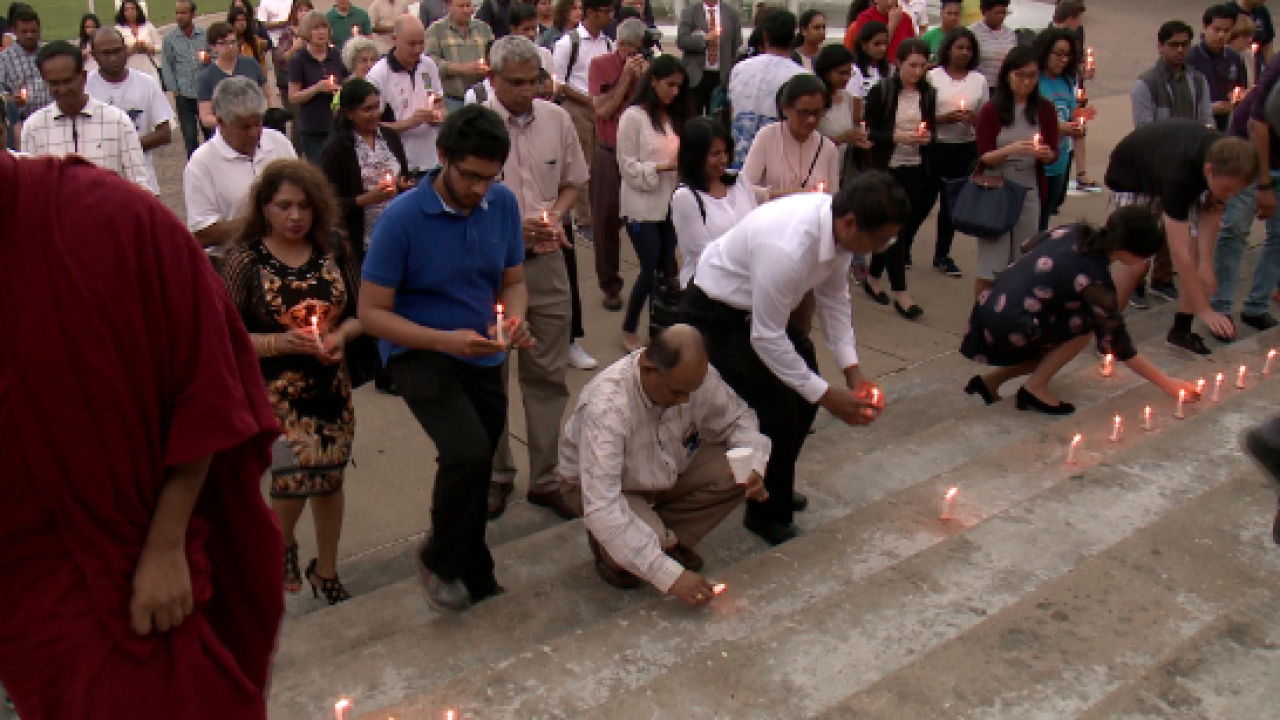 NORFOLK, Va. - Horrific bombings on Easter Sunday in Sri Lanka were shocking to watch, but for some in Hampton Roads the violence hits close to home.

Dozens of funerals were held in Sri Lanka Tuesday after bombs tore through churches and hotels. The death toll stands at 321.

There were several different explosions, and it forced the country into a lockdown.

Tuesday night, leaders at Old Dominion University in Norfolk said they stood in solidarity with the dozens of students and faculty who have loved ones who were impacted by the violence.

There were prayers and messages of love as they lit candles and came together.

Elaine Shaw addressed the crowd, encouraging unity and love. She is an employee of the Global Student Friendship Ventures which is a campus ministry affiliated group.

She said she moved from Sri Lanka three years ago. She said an explosion went off in the hotel next to the church where she got married.

“We lived through 26 years of a civil war with suicide bombers, but never in churches and never in places of worship, so this was particularly hard,” said Shaw.

Another ODU graduate students said two of his friends and their families were killed.

Some said it was difficult to watch and worry about their loved ones who live in Sri Lanka.

“We wish we were at home at this moment to help them,” said Jayendrika Tiskumara.

“It’s a coward act to do something like that,” said Subashiri De Silva.