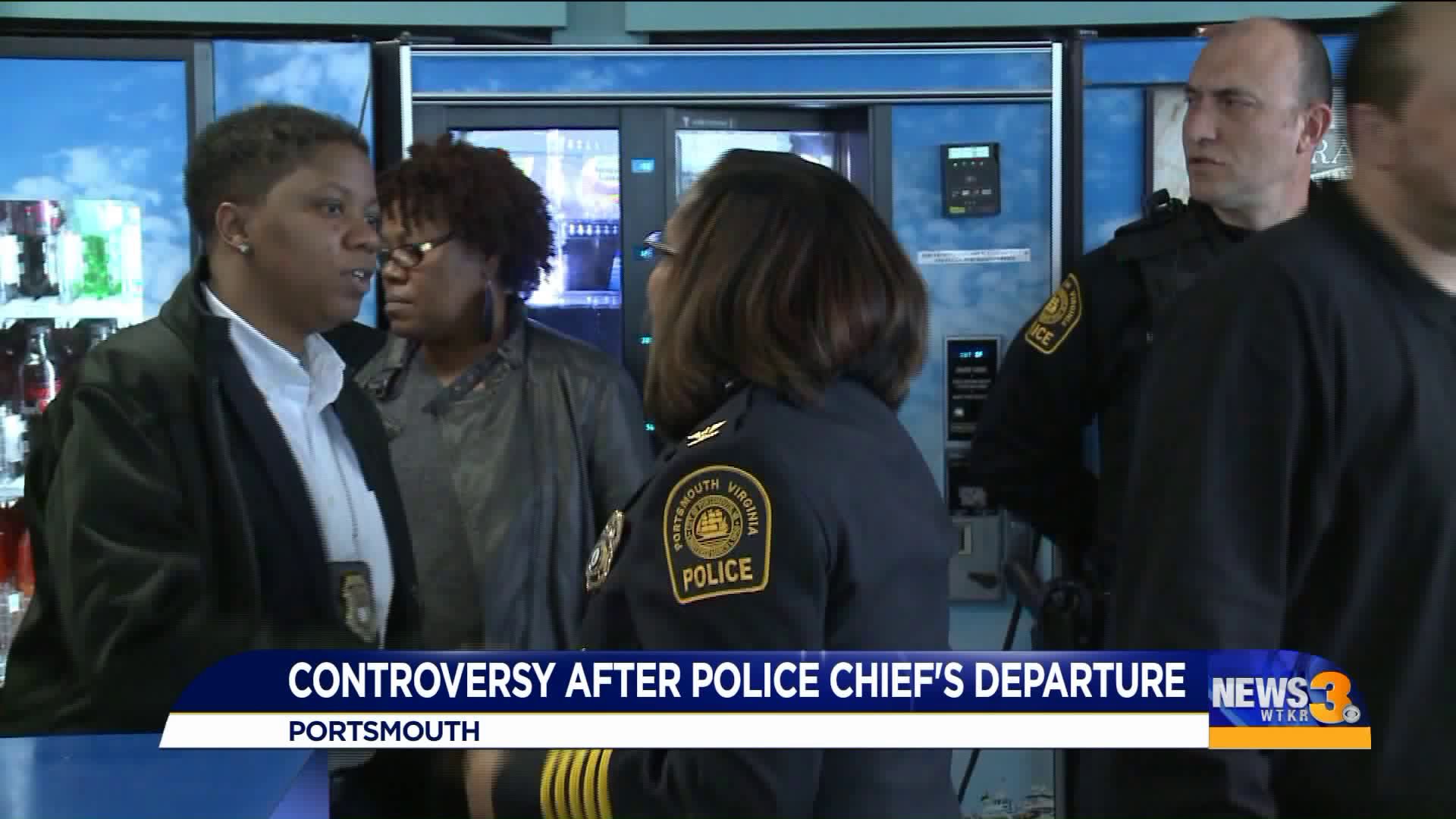 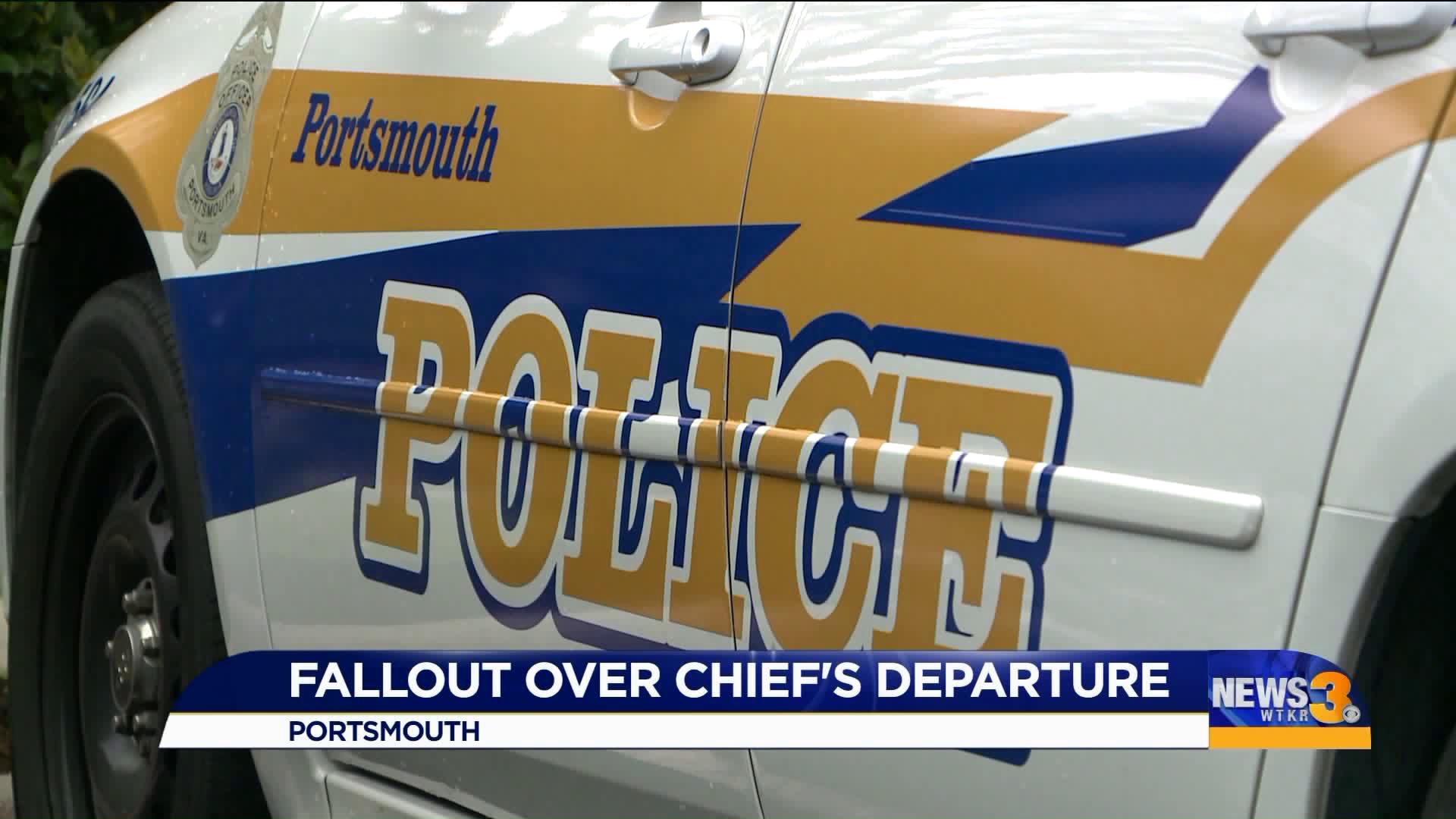 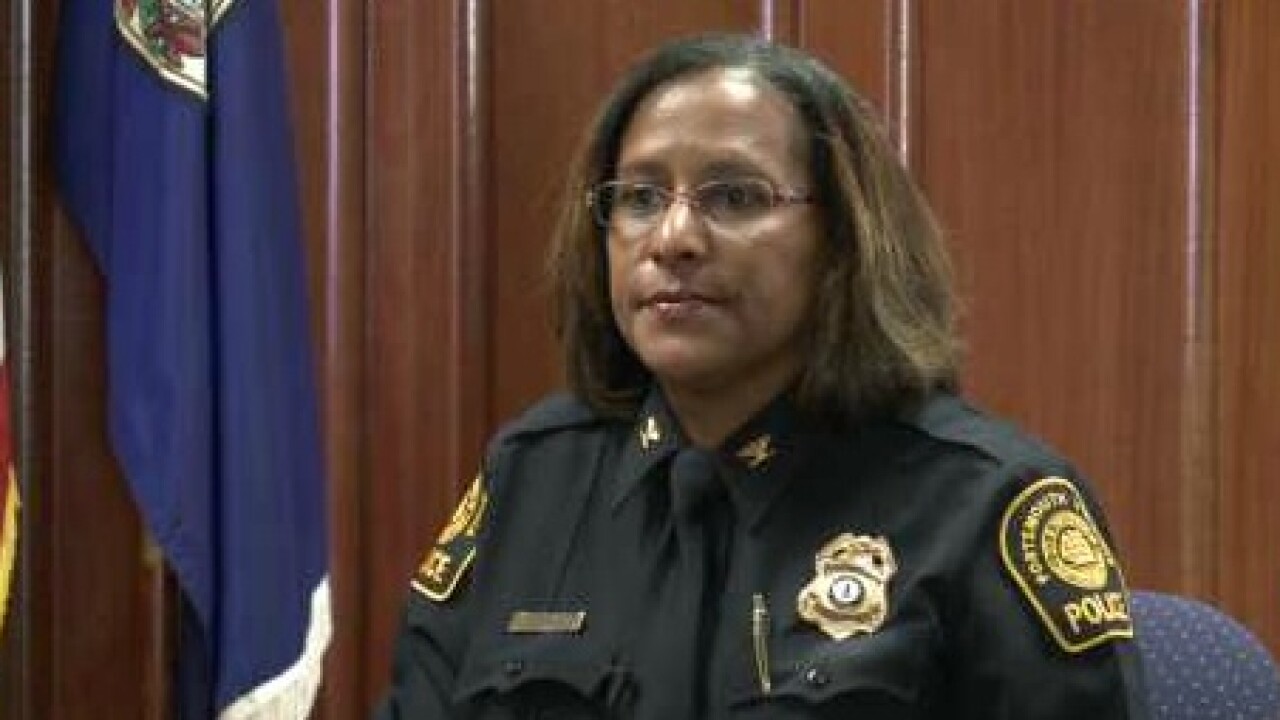 PORTSMOUTH, Va. - Former Police Chief Tonya Chapman's departure was due to "concerns with leadership of the department," City Manager Lydia Pettis-Patton said in a statement Tuesday.

Chapman says Patton forced her to resign and Chapman alleges racism from some members of the department was a factor in the decision. Now, the FBI is investigating allegations of racism in the department.

On Tuesday, Chapman's departure continued to weigh over city council members. Supporters of Chapman, including State Sen. Louise Lucas, wore black because they say they are in mourning.

"This city is at a tipping point. Folks are really upset," Lucas said in an interview. "I think this was the one that tipped the scale and people are not going to go away on this one."

Lucas said she told Mayor John Rowe her feelings as city council members broke from the meeting to head into closed session just after 10 p.m. Tuesday.

Amid the continued fallout, Mayor Rowe proposed creating a committee to address race relations in the city.

During Tuesday's work session, other members said they wanted more time to talk about how it would work. Members decided to further look into his idea over a lunch meeting in May.

"It's difficult to avoid the truth when people sit around the table and talk about issues face-to-face," Rowe said of his proposal. "It's difficult for someone to duck the problems of centuries of social injustice."

As the FBI investigation continues, both the city manager and interim police chief said they are cooperating fully with the investigation.

The city has also retained a law firm, called Hunton Andrews Kurth LLP, to help them handle the investigation.

Click here for our full coverage on Tonya Chapman's resignation.