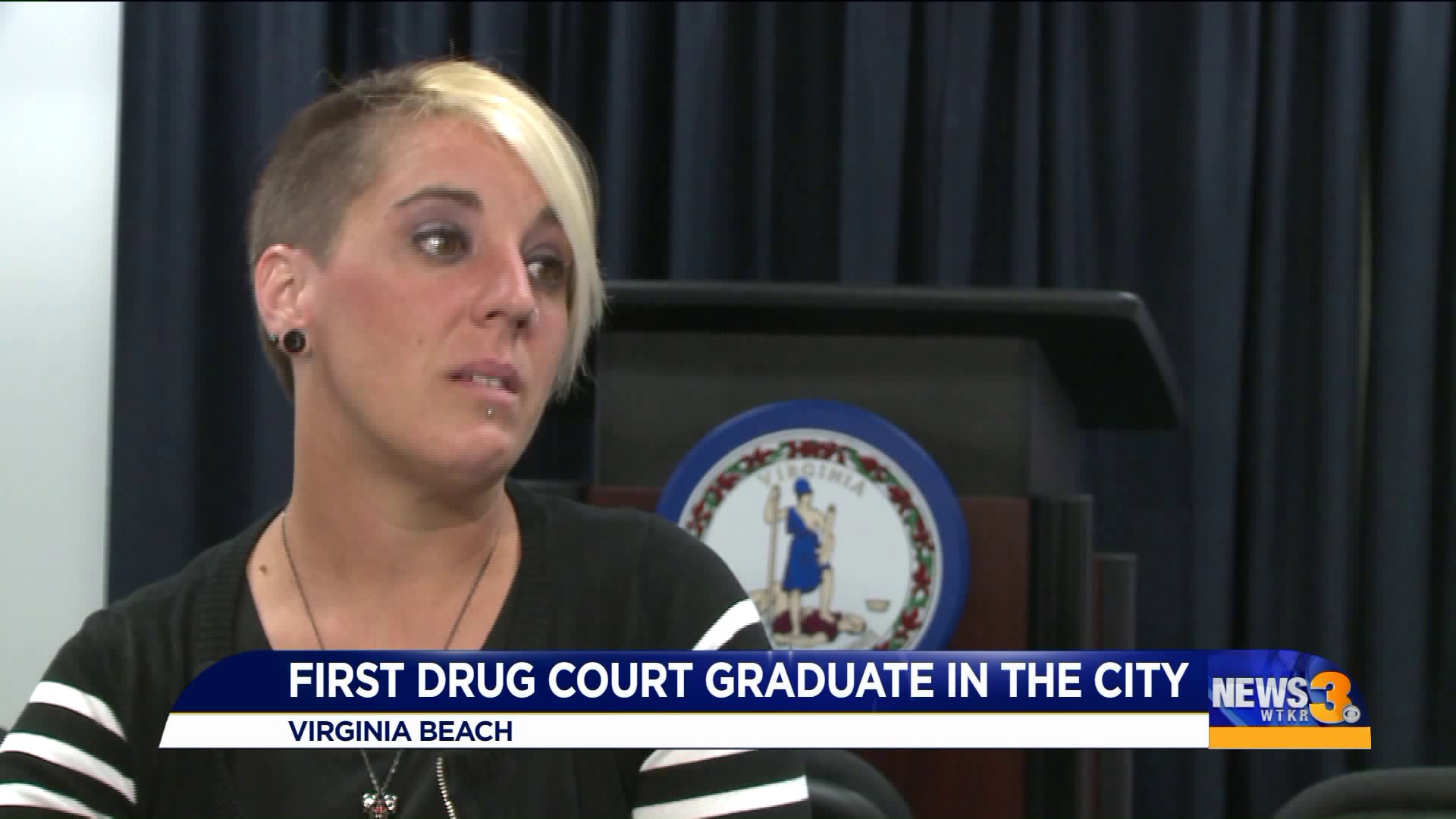 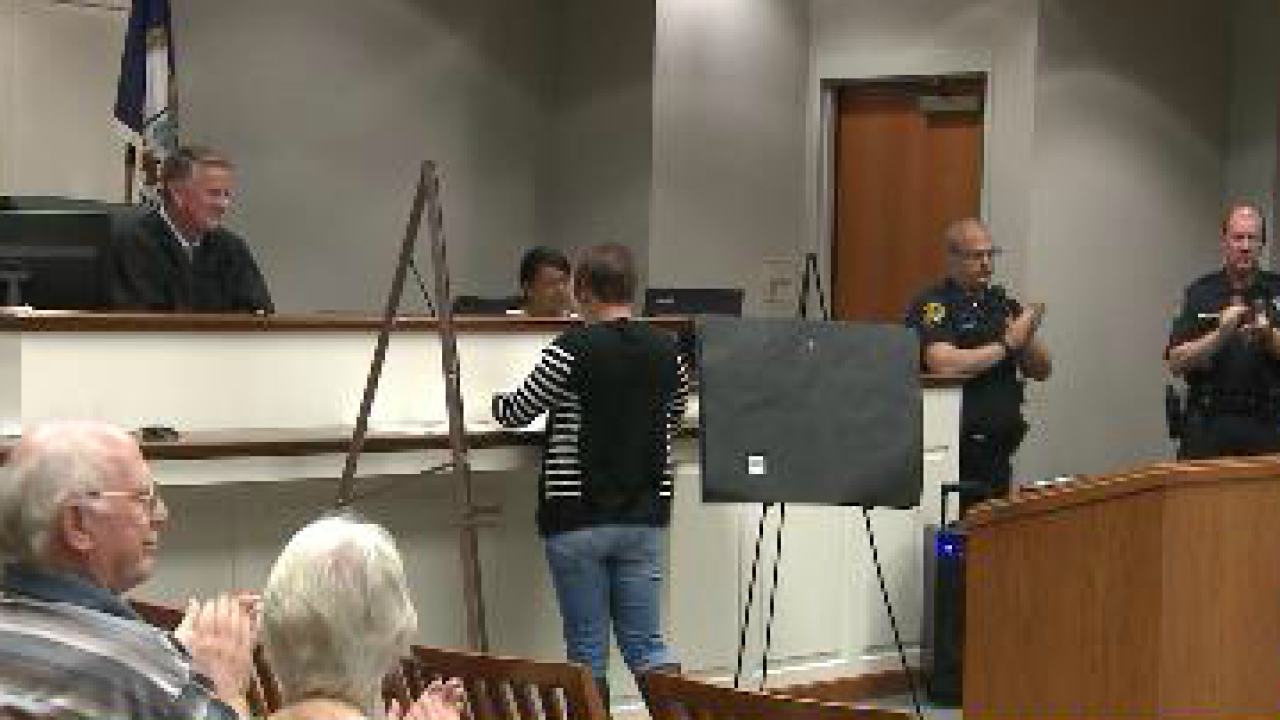 VIRGINIA BEACH, Va. - A woman who started committing crime because her life was fueled by drugs turned things around after taking on a new program through the Virginia Beach Court System.

News 3 sat down with the first graduate of the Virginia Beach Drug Treatment Court.

Life got rough for Michelle Howell.

The mother of two started using pills, then her addiction escalated to heroin use at the age of 31 years old. Heroin led to major problems.

“I lost everything I had within three or four months and that’s when all the legal trouble started,” said Howell.

She spent time locked up and faced several felony charges.

After undergoing an extensive drug court program, she has recovered and is happy to be working and embracing a life of sobriety.

The courtroom was packed this afternoon as they watched Howell graduate from the program.

She read a statement about her story and how she planned on staying clean.

“I think this is a great moment for the Virginia Beach criminal justice system,” said Virginia Beach Commonwealth Attorney Colin Stolle. “Up until the drug court existed, it really left the court no option but to send them off to prison.”

“I dug deeper into my past to figure out what triggered me to start using,” said Howell.

The judge said the state saves $20,000 dollars per person by sending them to drug court instead of jail.

Stolle said Virginia Beach modeled its program off Norfolk’s drug court program, and said there were still plans to expand it.

Howell said she has been sober now for 18 months. She’s got a job in the greenhouse industry and is rebuilding relationships with those who suffered from her drug use in the past.

“I’m very glad I did it. I met so many wonderful people through the process,” said Howell.