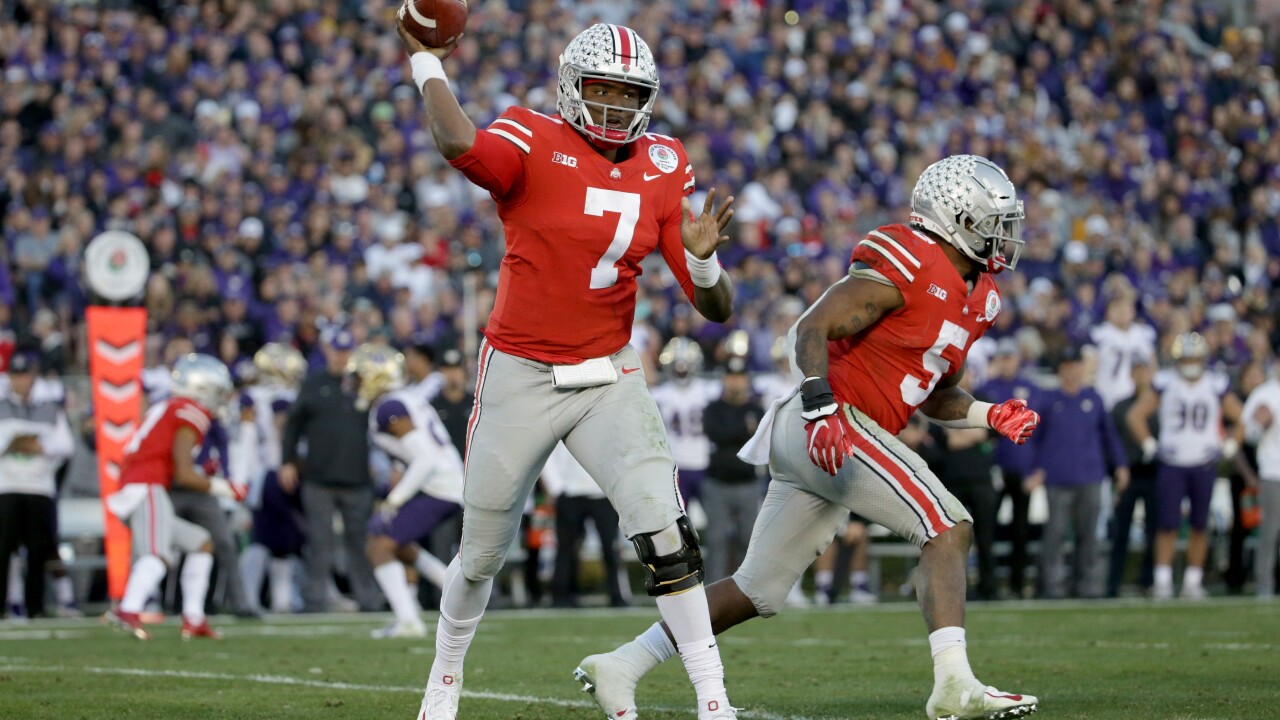 NASHVILLE, Tenn. – It’s the most important position in sports, and the Washington Redskins were not comfortable entering the 2019 season with just Colt McCoy and Case Keenum as their quarterback options.

The Redskins use their first round pick to draft Ohio State quarterback Dwayne Haskins 15th overall in the 2019 NFL Draft.

A video board displays an image of Dwayne Haskins. (Photo by Andy Lyons/Getty Images)

In 2017, Haskins completed 40-of-57 pass attempts (70.1 completion percentage) for 565 yards and four passing touchdowns. He averaged 9.9 yards per pass attempt and 70.6 yards per game and finished the season with a 173.09 passing efficiency.

Haskins, 21, attended the Bullis School in Potomac, Md., where he registered 5,308 yards passing and 54 touchdowns in his career. He was named a first team consensus All-Maryland quarterback his senior year after completing 170-of-286 pass attempts for 2,217 yards and 20 touchdowns. He was rated a Top 5 pro-style quarterbacks in his class. He earned Washington Post All-Metro and Interstate Athletic Conference Player of the Year honors. He was born May 3, 1997.

“I went to a couple of games with my friends back in high school back with RGIII,” Haskins recalled. “I haven’t been able to since I went to school. But football is taken very seriously down here and I am looking forward to bringing that winning tradition back to the Redskins.”

With the 15th pick in the 2019 NFL Draft the Washington Redskins select QB Dwayne Haskins.

Tune-in to the rest of the NFL Draft from April 25th-27th on ABC, ESPN, NFL Network and online at https://t.co/fPlxYTgtmG. pic.twitter.com/lNODOMUBwQ