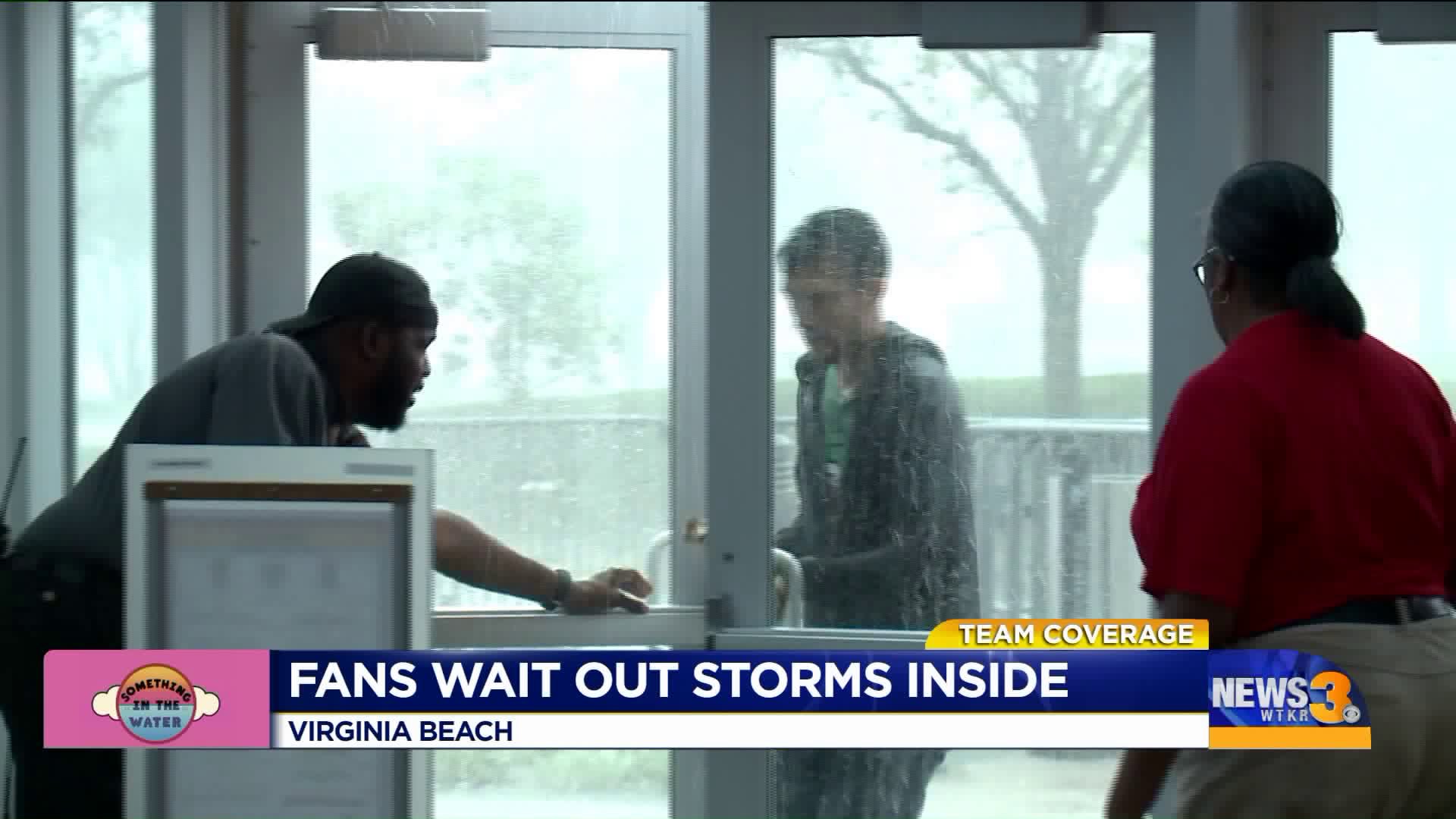 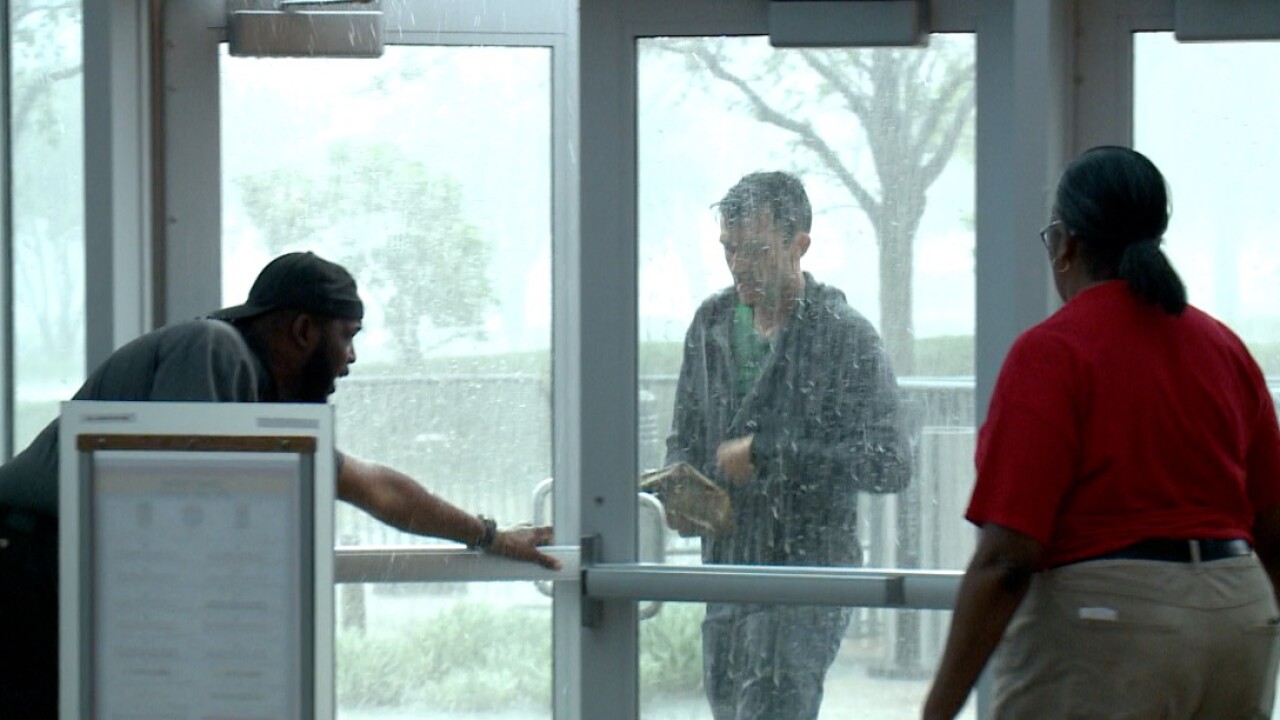 VIRGINIA BEACH, Va. - The first stop for many festival-goers was the ticket area at the Virginia Beach Convention Center on 19th street.

The convention center was always planned as a hub for transportation and activates away from the beach, but Friday the building was packed with people just looking to stay dry.

“Literally everybody ran towards some sort of shelter, my friends and I actually had to run into a porta-potty to hide because there was no way of getting safely to the convention center,” says festival-goer Justine Chan.

A wave of rain pounded Virginia Beach in a flash, leaving many running for the closest thing to shelter, even if it is an outdoor toilet.

“We did see a big gust coming and instead of running away we thought running towards a porta potty just to seek some sort of shelter would be safer than being just under the water,” says Chan.

The convention center became a place of refuge after a washed-out Day 1 of Something in the Water.

A photo wall inside the center captured all the smiles and good vibes inside. Many people say the rain isn’t going to put a damper on their good time.

With festival dreams deferred for the day, a dream wall was the most appropriate and maybe even unconventional activity at the convention center.

Kyra Smith wrote out her dream on a piece of paper and thumb-tacked it to the 'Dream Wall' along with more than 100 other people who shared their life dream with Virginia Beach.

Many people are still dreaming of the good memories and good music to come on Saturday. Activities at the convention center continue Saturday from 11 a.m. until 8 p.m.