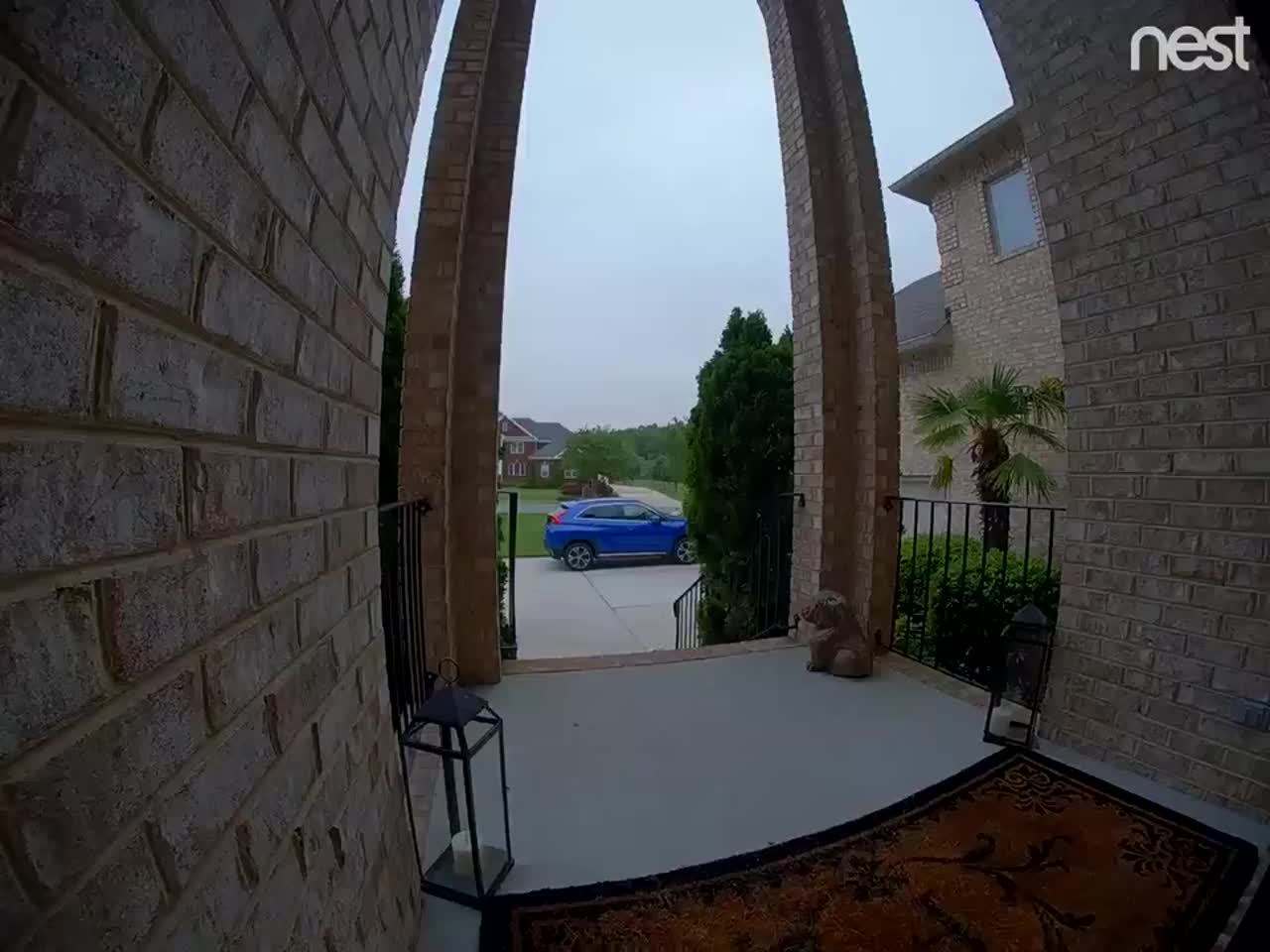 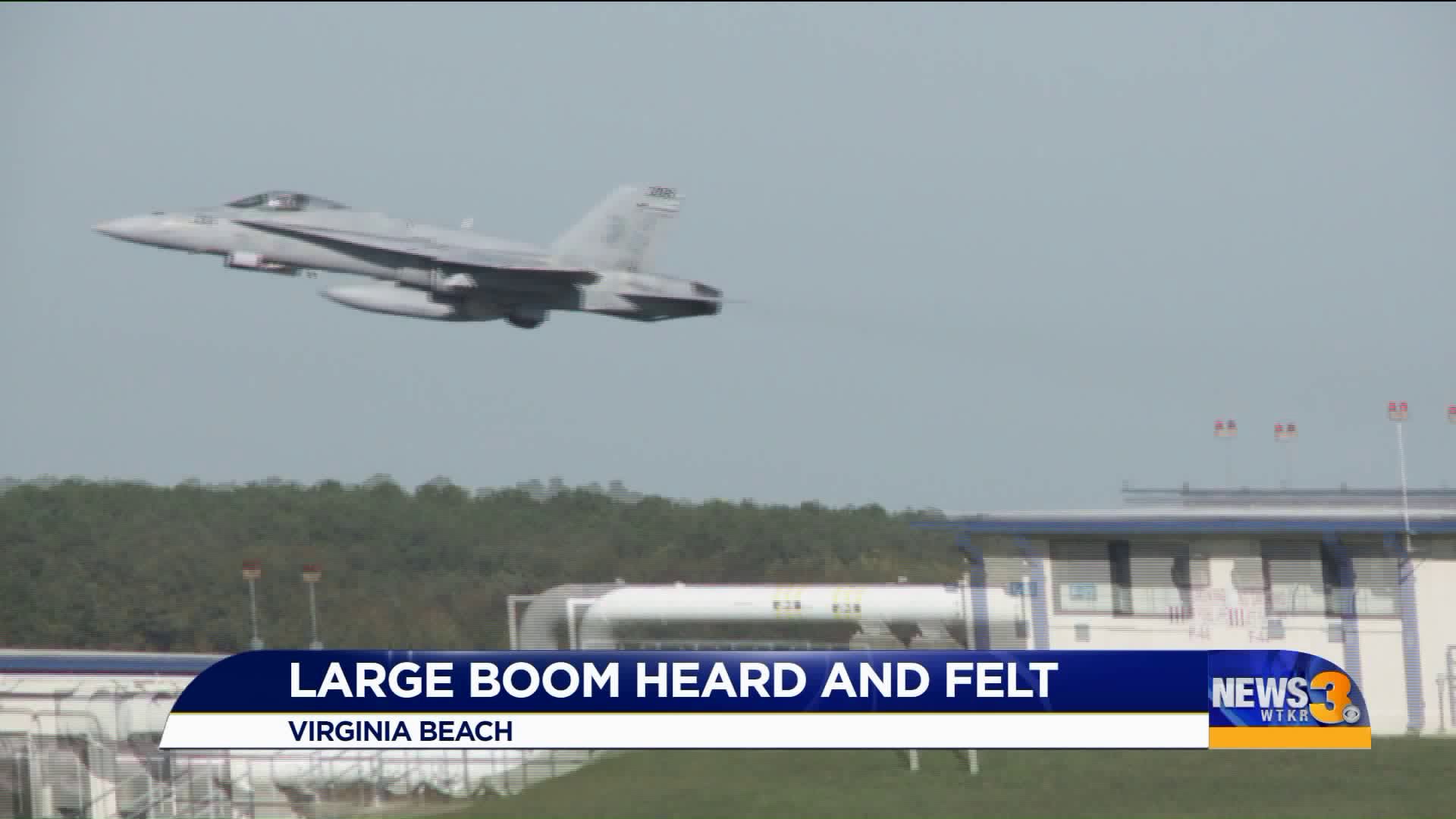 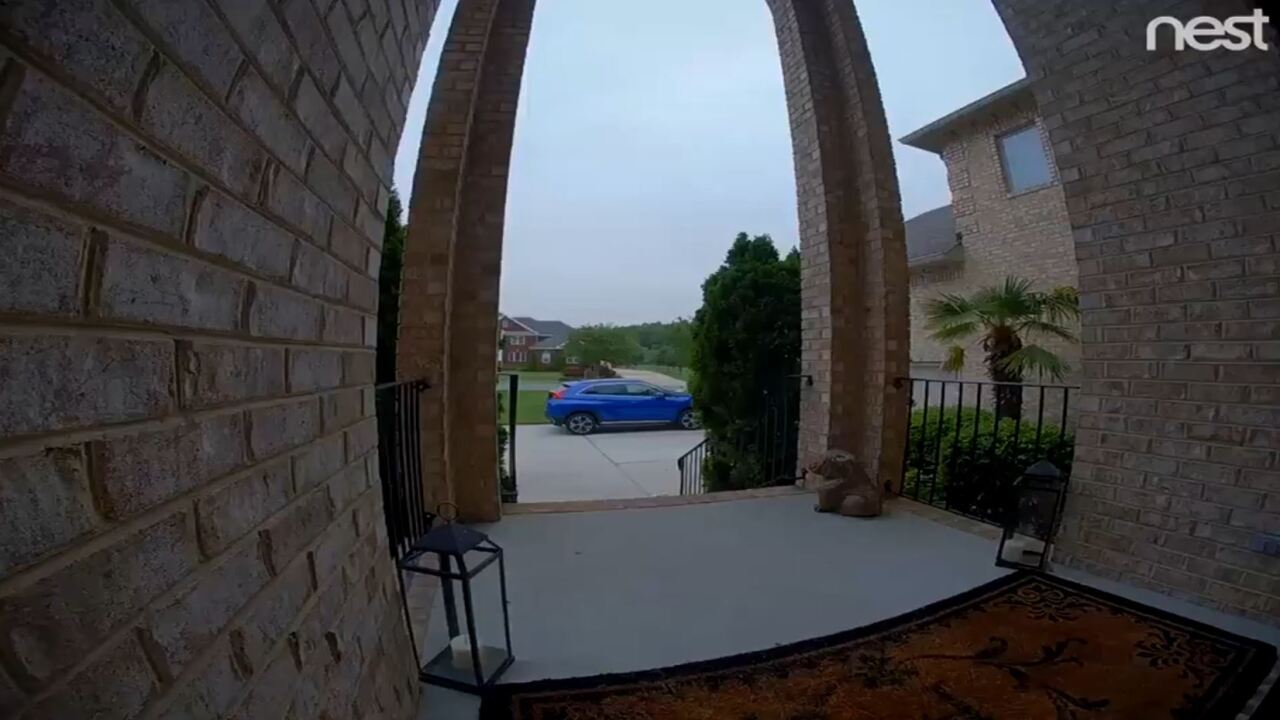 The Navy has confirmed that the F-18 Super Hornet was the cause of the boom. Click here for the latest update on this story.

HAMPTON ROADS, Va. - Many people across Hampton Roads say they felt their homes shake after a large boom Monday night.

Most of the reports are from viewers on the Southside, saying it was felt in Virginia Beach and Chesapeake. Some also say they felt it in Norfolk and Suffolk, and a couple of people say they also felt it in Windsor.

News 3 Meteorologist Myles Henderson says he felt something in Chesapeake.

Even Portsmouth native Missy Elliott says her mother felt something while she was in her Virginia home:

According to the Navy, an F-18 Super Hornet was flying at the time of the boom. However, it hasn't been confirmed as the source of the noise.

“I can confirm that we did have an F-18 Super Hornet in the air at the time of the loud noise, however, at this hour I cannot definitively confirm that this was the source of the loud noise," said Commander Dave Hecht with the Naval Air Force Atlantic. "We are examining the data. We hope to have a positive conclusion on whether is was or was not us sometime tomorrow.”

News 3 reporter Kofo Lasaki spoke with locals who say they're used to hearing jets from the Navy base, but they said the sound they heard was completely different than the sound of jets.

Tonight at 10 &11: If you’re one of the many people who heard the loud ‘boom’ in Hampton Roads like Ryan, we now know where it could have possibly come from. https://t.co/TvCthw6cXl pic.twitter.com/PpQTFGtaFj

If you didn't hear the noise, a viewer sent us a video of her Nest doorbell that gives and idea of what it sounded like:

Did you feel anything? Email us what you've heard or seen at takingaction@wtkr.com.