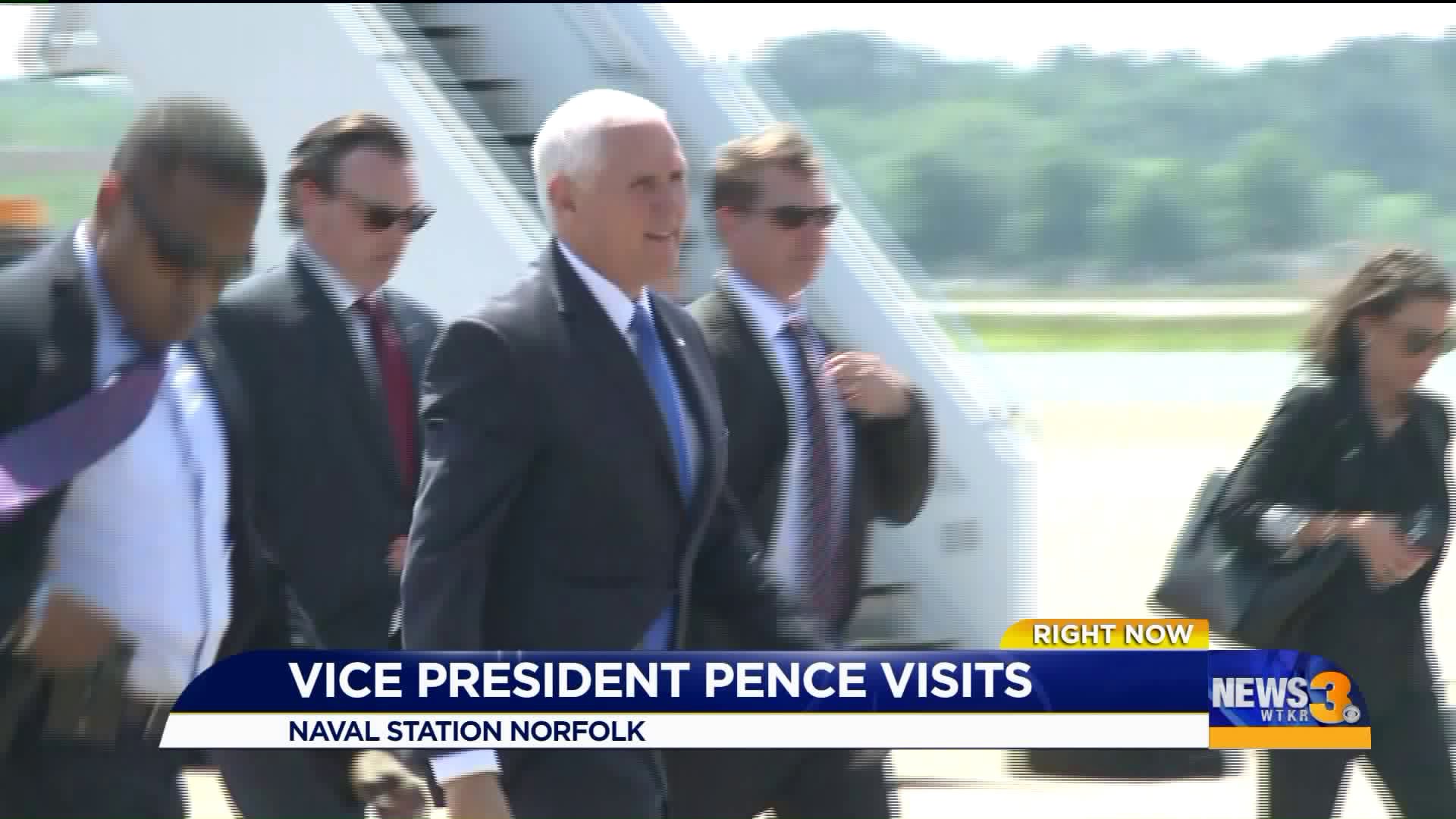 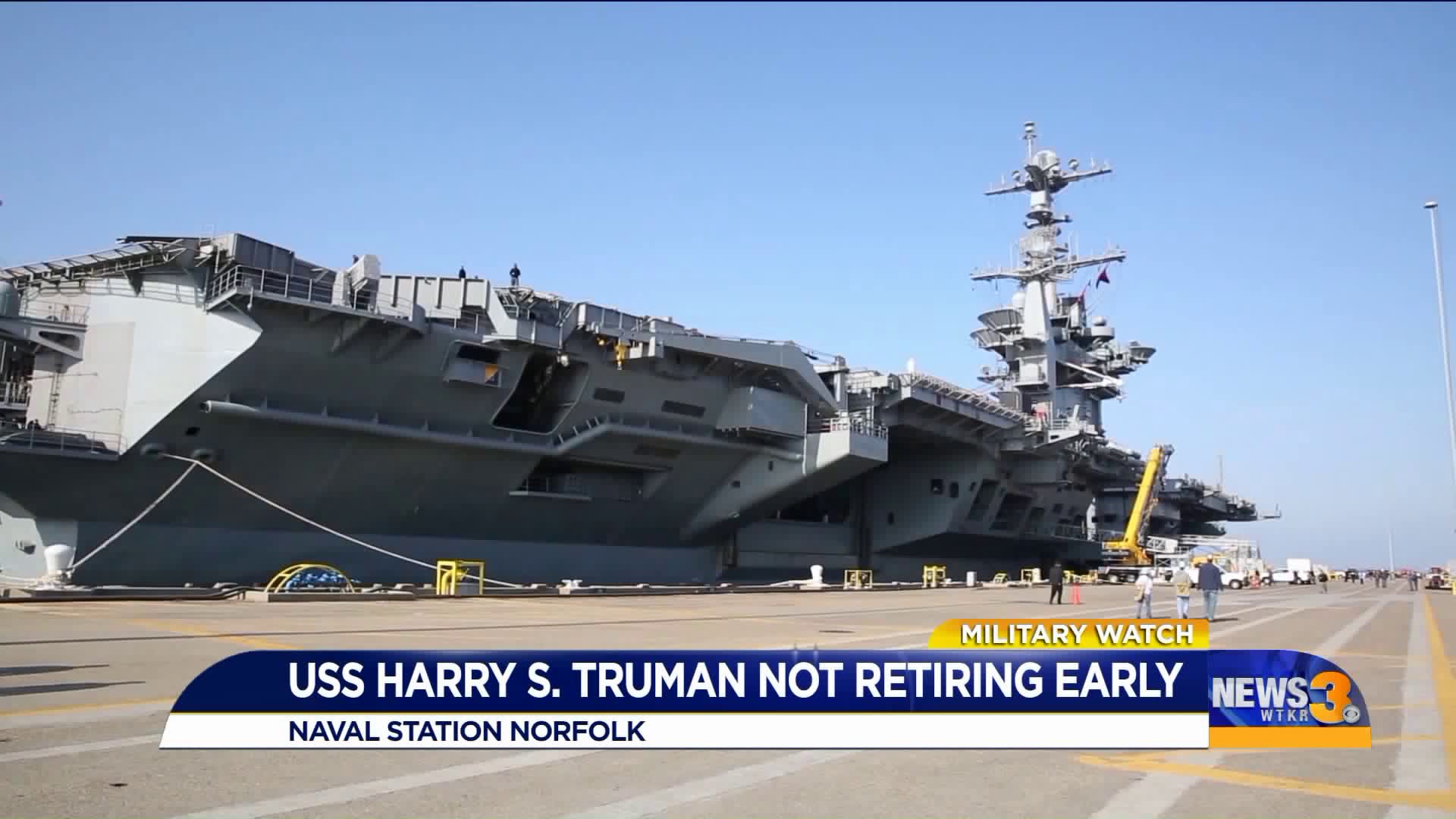 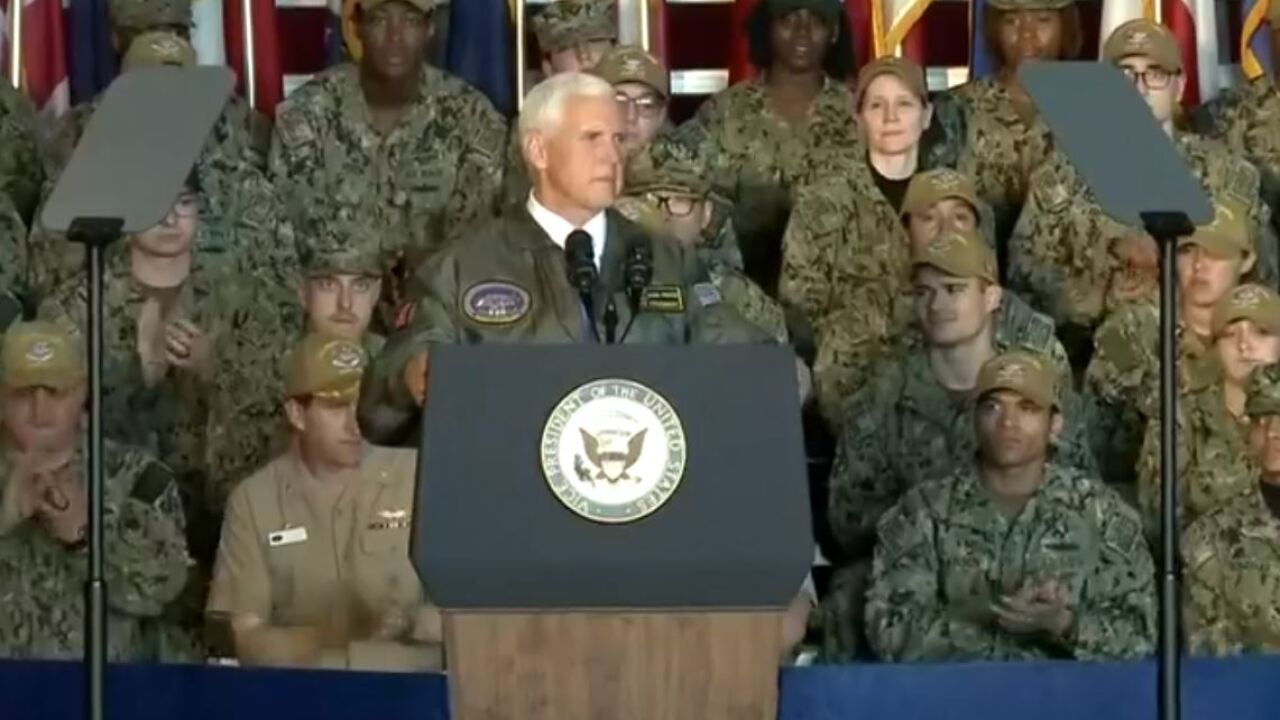 The announcement comes after the Pentagon reportedly planned to retire the USS Harry S. Truman aircraft carrier decades early. Pence says he spoke with President Trump on Tuesday morning before heading to Norfolk. The president made the decision on the spot, he said.

"I told [the president] about some of the discussion about possibly retiring the USS Truman. We talked about her record of success and the president told me, 'You go tell that crew that we're not retiring the Truman,'" Pence told reporters following the announcement.

The Pentagon's initial recommendation to retire the Truman early would have allowed the Navy to reinvest billions of dollars, but lawmakers questioned the decision.

"This is the right call for our national security," Sen. Tim Kaine said following the announcement.

Pence says the Trump administration still believes aircraft carries can help bring the Navy to a 355 ship fleet. "The aircraft carrier will always be a vitally important platform for our Navy," he said.

With thousands of Sailors serving aboard the Truman, its early retirement could have had a big impact on the local economy.

Budget discussions continue on Capitol Hill, and ultimately it's up to Congress to pass a budget. "Budgets are always about give and take," he said. "We're very confident that we're going to keep the USS Truman sailing."