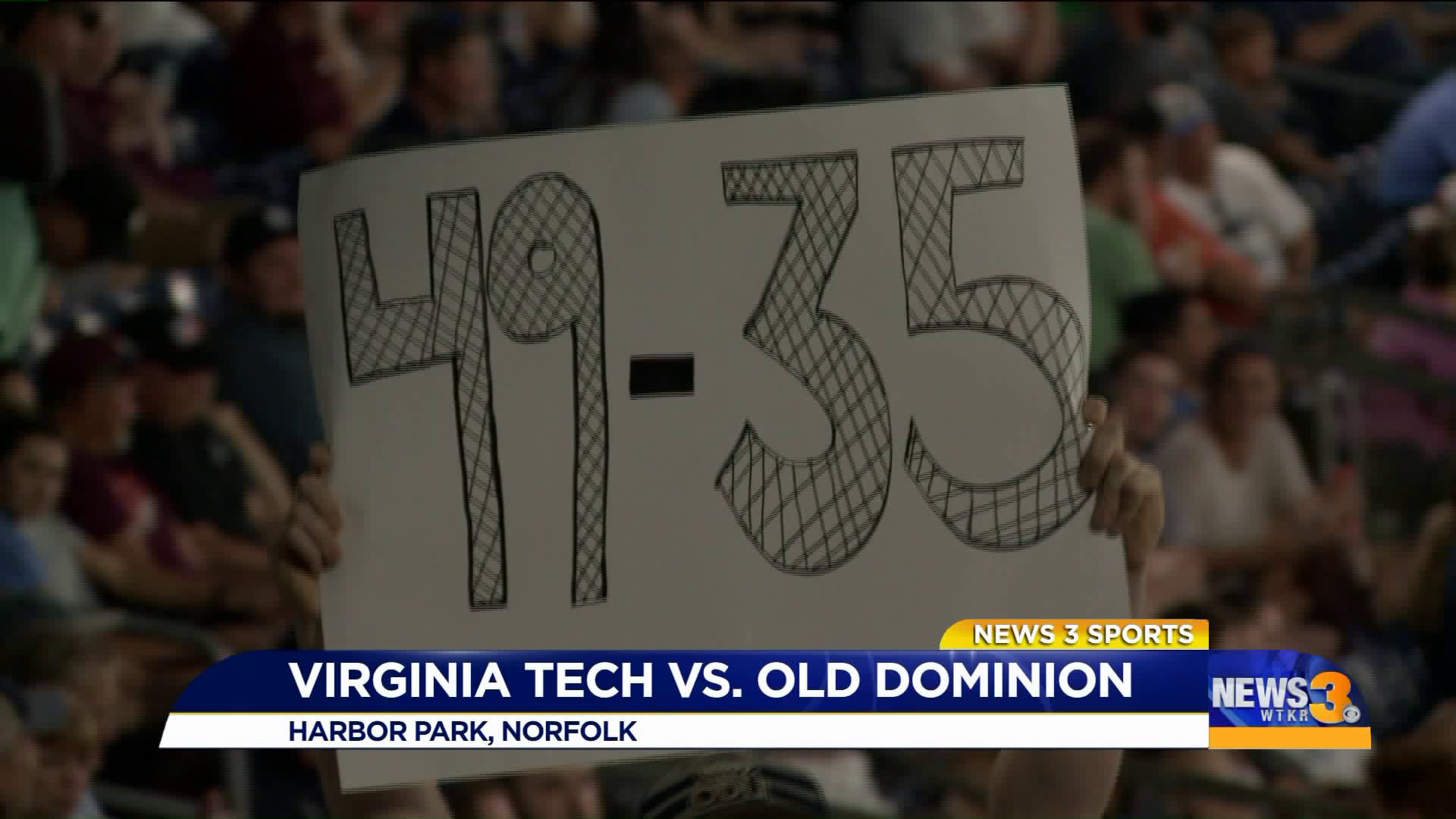 NORFOLK, Va. - In front of a crowd of 4,185 at Harbor Park, Vinnie Pasquantino and Old Dominion defeated Virginia Tech, 3-2, in the 2019 Commonwealth Classic on Tuesday evening in downtown Norfolk.

Pasquantino, who went 2-for-4 with a home run and two RBIs, broke a 2-2 tie in the fifth inning with a solo home run, his team-leading 10th of the season. Pasquantino became the first Monarch since Ben Verlander in 2013 with double-digit homers in a single season.

The Monarchs wore their Hudson blue uniforms - a look usually reserved solely for Sunday games. However, it was a purposeful fashion statement.

The program chose to make Tuesday's tilt, its most-marquee match-up of the season, prostate cancer awareness night. Fans were encouraged to also wear light blue - the color of the cause to fight and raise awareness for prostate cancer.

"We've been trying to draw attention to raising funds and alerting people to the dangers of prostate cancer," Jones told News 3 Tuesday at Harbor Park. "It's a great night. I feel very appreciative the athletic department has backed me up and given me so much support."

"As close to home as that hits with what Coach Jones has gone through this year, we're really happy to be part of that foundation and support that cause," ODU head baseball coach Chris Finwood said.

Old Dominion (27-17) improved to 10-2 in midweek games. Monarch pitchers held Virginia Tech (24-22) without a hit for the final three innings.

Overall, the Hokies mustered just six hits, none of which were for extra bases, on what was a staff day for ODU. Eight different Monarchs pitched.

Michael Blanchard earned the win, improving to 3-1 on the year, while Trey Fisher earned his team-high fifth save of the season.

ODU is now 3-2 all-time in the Commonwealth Classic.

Up next, the Monarchs host LA Tech for a Conference USA series this weekend at The Bud.

Vinnie Pasquantino on the win over VT. pic.twitter.com/NWmgfTCbKY

.@CoachFinny5 on an overall great night at Harbor Park. pic.twitter.com/xvFKgY7u3o